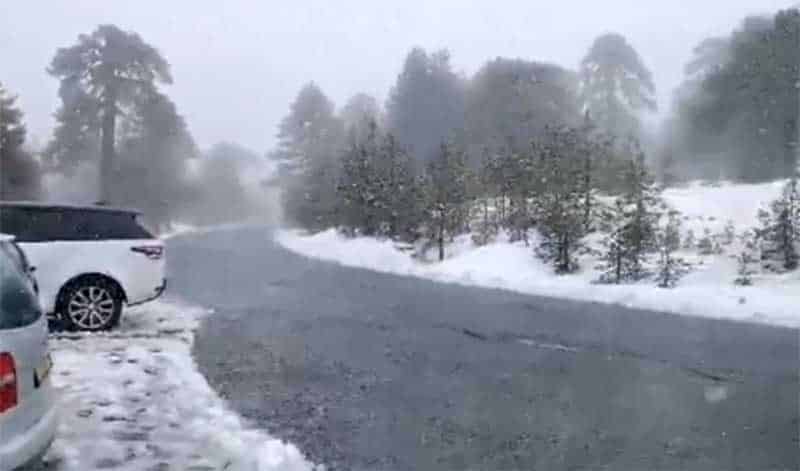 Roads to Troodos were closed on Friday evening due to snowfall, while heavy rain on the Limassol-Paphos motorway caused flooding in some spots, prompting police to issue a warning to drivers.

Motorists are asked to drive at low speeds, keep a safe distance between other vehicles, and keep their headlights on.

Roads in the lower Troodos area, remained open, but motorists were also cautioned to drive slowly.

The weather will remain unsettled over the weekend, with isolated rainfall and the possibility of thunderstorms.