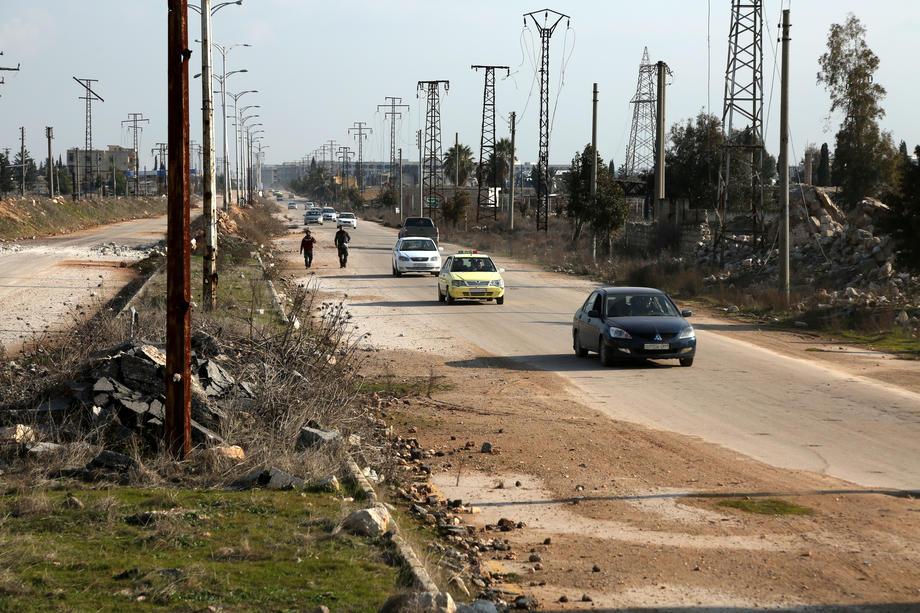 Cars drive on the the Aleppo Ghazi Aintab International Highway.

Syria’s transport ministry declared the main highway between Damascus and Aleppo open to the public on Saturday after troops recaptured the major artery in a Russian-backed offensive.

Taking back the M5 highway from insurgents marks a big gain for President Bashar al-Assad, as it restores state control over the route between Syria’s two biggest cities for the first time in years of conflict.

Control of the M5 has been seen as a main goal of the Syrian army’s latest offensive. With Russian backing, government forces have gained ground in northwest Syria, the last major rebel stronghold, since December.

The United Nations says the offensive has uprooted nearly a million people, the largest exodus of the nine-year war.

“Transport Minister Ali Hammoud announces the opening of the Damascus-Aleppo highway to traffic, placing it at the service of citizens,” the ministry said in a statement on Saturday.

Clearing insurgents from the highway was part of a 2018 Russian-Turkish deal that called for creating a buffer zone between combatants in the Idlib region of the northwest, though fighting has raged on.

Turkey has “determined our road map” for Syria after calls with the leaders of Russia, Germany and France, Turkish President Tayyip Erdogan said on Saturday. “We will announce to all parties that we are at the table,” he told a crowd in Izmir.

Under its agreements with Russia, Turkey has forces stationed at observation posts in the northwest.

Ankara and Moscow, which back opposing sides in Syria’s conflict, have collaborated in trying to reach a political settlement. But tensions between the two sides have spiralled during the latest offensive, with both accusing the other of flouting agreements.

Turkey has warned that it will use military power to repel Syrian advances in the Idlib offensive, during which 15 Turkish soldiers have been killed this month.

In a phone call with his Turkish counterpart, Russia’s defence minister discussed “issues of stabilisation” in Idlib, Russian news agencies said on Saturday.