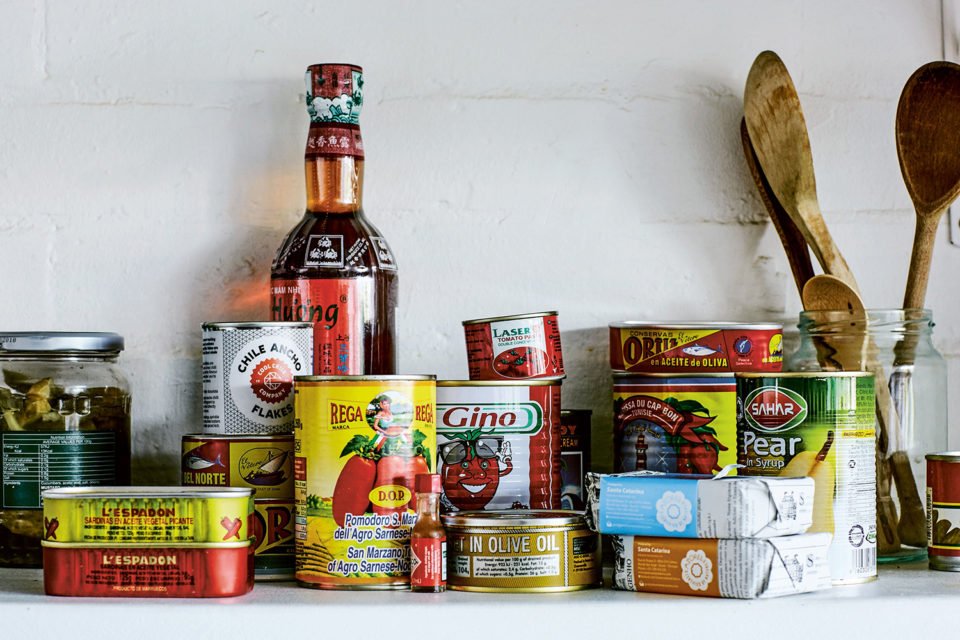 It’s pretty much a given that at the back of most people’s kitchen cupboards, are several cans we’ve had for years and totally forgotten about. Perhaps a tin of tuna or some kidney beans you once had such good intentions for (sitting next to all those spices you moved from your last house).

However, as we all seek to be a little more sustainable and less wasteful, canned food may be about to have its moment in the kitchen spotlight once more.

“I feel like tinned food sits in people’s minds in a time gone by when you were struggling, or rationing, when people turned to tins when you don’t have anything else,” says Lola Milne, author of new cookbook, Take One Tin.

She says there’s snobbery and a “silly” perception around food that comes in a tin. In much of continental Europe, there’s a different attitude. “Especially with tinned fish,” she says.

Wherever perceived scepticism comes from, it’s due for a shift, not least because our obsession with buying lots of fresh food – and not eating it all before it starts to go limp and mouldy – is contributing to a huge food waste problem. The Food and Agriculture Organisation for the United Nations estimates that one-third of food made for human consumption is wasted, and fruit and vegetables have the highest wastage rates.

Milne thinks we’d waste less if we incorporated more tinned food in our diets. “I throw away very little food. I always have beans and fish already [in cans] and loads of different oils and spices, so I buy a few fresh things every week, but not that much on a regular basis”.

The 27-year-old’s debut cookbook is a collection of everyday and more inventive recipes – all using at least one key tinned ingredient. Think crab thoran, flageolet bean and artichoke gratin, and sweetcorn and cheese muffin loaf. It’s a colourful, refreshing take on ingredients we often think of as “boring basics you bung into a bolognese”, as Milne says, with a focus on beans and pulses, fish, fruit and vegetables.

Milne wants us to know that cooking with tins isn’t just quick, easy and often more environmentally-friendly, it’s also packed with flavour. With tins, tomatoes and other produce will have been packed in season so they’ll always taste good no matter what time of year you open the can.

Cheap, long-lasting and time-saving, the humble tin deserves its place in your store cupboard – and it may be time to add a few more.

For the crab cakes

1tbsp flavourless oil (such as sunflower)

Mix the crab, ginger, chilli, garlic, dill, turmeric, shallots, four tablespoons of the breadcrumbs and half the beaten eggs in a bowl. Shape into eight patties and stick in the fridge to firm up for at least 20 minutes.

To make the dressing, mix all the ingredients with two tablespoons of water, check the balance of sour, sweet and salty and adjust accordingly.

Just before frying, dip each cake in the remaining beaten egg and then into the remaining breadcrumbs to coat. Heat the oil in a large frying pan over a medium heat and fry the cakes for four minutes per side until golden.

Serve alongside the dressing, for drizzling or dunking.

Ragu with Tomato, Lentil and Aubergine

A pinch of chilli flakes

In a large frying pan, heat two tablespoons of the oil, add the onions and soften over a low heat for about 10-15 minutes.

Meanwhile, in another frying pan, heat the remaining oil, add the aubergines and a pinch of salt, then fry on high for five to 10 minutes, stirring often until the aubergine cubes are golden. Set aside.

Add the garlic, fennel seeds, bay leaves and chilli flakes to the onions. Fry for a further two to three minutes, then tip in the wine. Bring to the boil and boil until it has reduced by two-thirds in volume.

Take One Tin by Lola Milne is published by Kyle Books. Available now