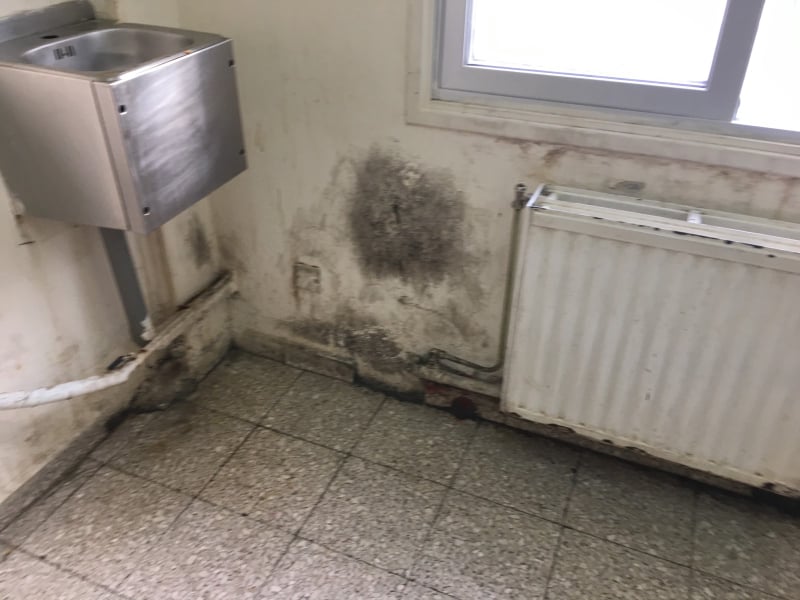 Athalassa psychiatric hospital, which has been treating patients in cold rooms with mould-caked walls for decades, is now facing staff and medicine shortages and serious overcrowding.

The only psychiatric hospital in Cyprus was constructed in 1964 and declared unfit for human habitation by the town planning department last year. 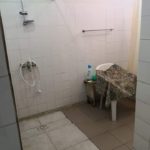 Three nurses spoke to the Sunday Mail this week and listed an appalling set of conditions for patients and medical staff alike. They described and provided photos of crumbling, mouldy walls, shower ramps so dangerous that patients have been injured, and foul-looking toilets. They described conditions of chronic overcrowding and serious staff shortages.

The ministry of health announced this week that plans for a new hospital are expected to be submitted to the public works department in the coming days, but it did nothing to appease Pasyno, the state nurses’ union which has been complaining for years over ever-worsening working conditions. On Wednesday members threatened to strike.

The nurses, who spoke to the newspaper on condition of anonymity, explained why patients are unable to receive appropriate treatment in such unsafe environment.

“We always had problems, but now we are faced with multiple different issues altogether. The situation is desperate,” one said.

The poor condition of the building is posing a threat to the health of the patients and staff.

“Last Sunday a 25-year-old female patient slipped and fell on a metal ramp outside the showers and broke a disk in her lower back. She had to undergo an operation,” a nurse said.

The three explained there was no door in the shower room and water spills outside onto a metal ramp. In the last month, three people slipped at the same point, one of them was a nurse who hurt her shoulder.

According to the nurse, under different circumstances the young female patient would have been released because she was near the end of her treatment. 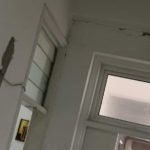 “She can sue them, so they are keeping her longer to treat her mental issues,” she alleged.

Athalassa state hospital provides free of charge medical care to patients who are posing a life-threatening danger to themselves or others. Patients can only be assigned the mandatory treatment after a court order.

“We also receive drug addicts, alcoholics and people with mental disorders, and they all live together separated by gender.”

But the nurses say the last year saw a 30 per cent increase in the number of patients the hospital annually accepts. The average amount of inpatients is around 600 per year. Last year this spiralled to 800.

Most rooms are overcrowded so beds are added to fit more people. The clinic can house 100 patients at any one time, but there are definitely more at the moment, the nurses said.

The unit where new patients are hospitalised has been operating without heating in the common area for two years, while nurses personally bought blankets for some of the patients’ beds last year, one nurse said. Hot water in the showers is a luxury, and patients are often given baths in cold water, she said.

“In the past, we put a lady to sleep on a mattress on the floor. She was cold so she touched her head on the heating pipes. She burned her whole face,” one nurse said.

“We are unable to offer proper treatment to those people,” said another, explaining the hospital is operating with more than ten health professionals short because there are no replacements for nurses who retire or quit.

“Our job is to get close to the patient, bond with them and get to know their in-depth background. How can we do that when we don’t have time to even say good-morning to them?” she said.

“We are overworked. We are all tired.”

Astonishingly, the national health scheme Gesy has apparently made the situation worse. Pre-Gesy a general practitioner was on hand to treat physical ailments, but this is no longer the case the nurses said.

Apart from the building’s state of disrepair and the lack of staff, the hospital has also been dealing with medicine shortages for the last three months.

“There was a time a nurse went herself to Dali hospital to get some medication we needed.”

Gesy merged some medicine categories and stopped providing depot injections which only have to be given to people with mental disorders once every two weeks.

“Instead we have to give them pills every day, while some patients do not cooperate and they might have undesired side effects.” These pills sometimes have to be taken up to three times a day.

Patients’ relatives are complaining because they know the situation but are afraid to speak up so as to not stigmatise their loved ones, one of the nurses explained.

For another nurse, the lack of aftercare was a major worry. She said many return to the hospital shortly after being released.

“There is no compulsory clinical supervision, so patients stop taking their medication,” she said.

When asked what she thought of the ministry’s announcement concerning plans for a new hospital, she expressed little optimism.

“I was a student about two decades ago and the ministry was announcing the construction of a new psychiatric hospital. Yet they can build something fast if they want to.”