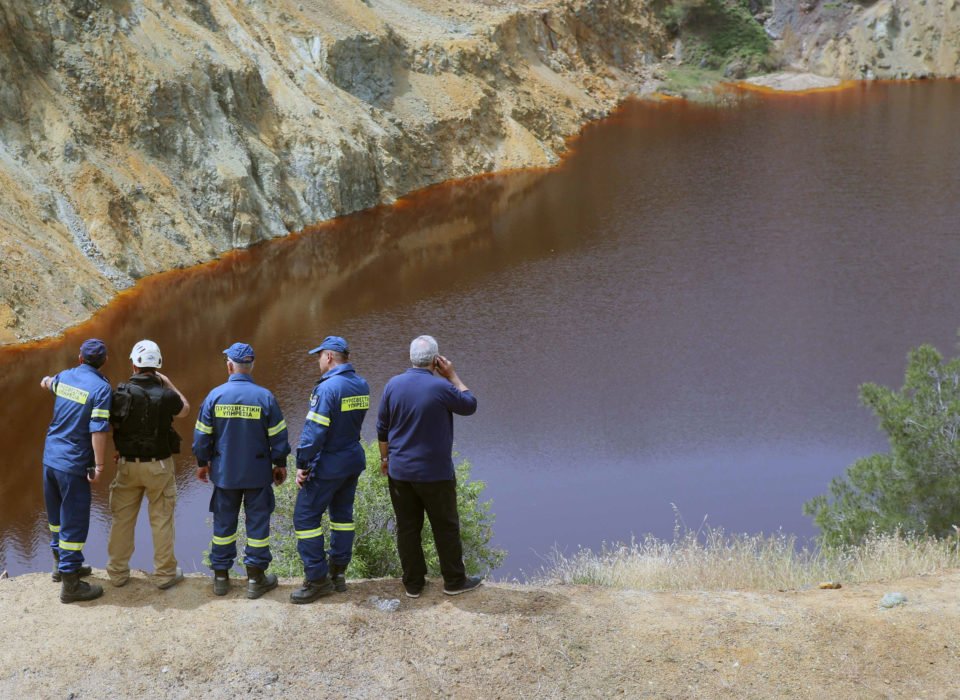 Heavy metals were recently discovered in the Kalavasos reservoir, and reports suggested they stem from an abandoned mine in the area.

The issue raises the question of what to do with Cyprus’ 37 disused mines.

Each of them needs to be treated differently: some are a health hazard; others are possible geological heritage and tourist sites. In most cases, they are a bit of both, which makes it hard to get the balance right.

Few are considered of no geological value at all, so most should be preserved in some way, the mining service believes.

“It depends where they are and how polluted they are,” mining officer Antonis Antoniou told the Sunday Mail. “They are all over Cyprus.”

Much of the available funding is used for the old asbestos mine at Amiantos, which the government has been restoring for years by creating an artificial lake and widespread tree planting. The first trees were planted in 1995, and the project is still ongoing. The site was given priority because it was considered the most urgent case of all the abandoned mines.

Others will start to be restored “after the completion of a major part of the works at the asbestos mine, in two or three years”, the mining service announced.

Restoration in mining terms means a limited reforestation, and in some cases the drainage of rain waters in specific areas to avoid acidic flows.

Mitsero mine is a classic example of a disused facility which is both a health problem and an attraction. Its trademark ‘red lake’ is so called because of the presence of metals such as copper in the water.

Its unusual colour became a gruesomely common sight in the media last year when two of serial killer Nicos Metaxas’ seven victims were discovered there.

The area mostly belongs to private companies, much of it to the Hellenic Mining Corporation, which means the government cannot just move in to drain acidic water which is present in the area and reclaim the contaminated land but has to ask for the company’s permission.

What the government has done is to try and ensure health and safety by fencing off the lake, Antoniou said.

There is a need to do more, the mining services say.

“The entire interior of the mine is flooded, and the acidic water level has reached about 10 metres from the ground. Inside the well there are various materials such as wood, cables, etc. The durability of the concrete is doubtful more than 40 years since mining was finished,” Antoniou commented.

Hellenic Mining Corporation said it has agreed to let the government move in to safeguard part of the mine with its unsafe and contaminated shafts, but not the lake.

“The restoration is on a small scale, it does not include the lake itself, which is to be kept as a heritage site,” Demetris Vattis, employee of the mining company said. “Geologists come from many countries to visit it.”

However, it is also dangerous to human health.

“There are signs of acidic runoffs and sediment in the adjoining areas. The adjacent fields and rivers have been negatively affected by the acidic run-offs and the soil pollution,” a Terra Cypria study on wetlands said about the red lake.

“It’s very likely that the increased concentration of metals in mining waste gets carried away through the rainwater runoffs in both surface water bodies and groundwater.”

According to Green Party MP Charalambos Theopemptou, the answer is not a simple one. “We should first evaluate the sites and then follow a plan that would protect and restore.”

In places, the groundwater itself might just be acidic or the acidity might stem from the mines, something that needs to be carefully investigated, he believes. 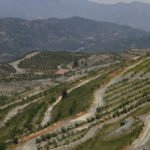 Theopemptou also pointed to the importance of some of the mines as potential Unesco heritage sites, which complicates the issue of what to do with them.

The distinctive Mitsero lake, because of the concentration of metals in the water, is good for tourism as well.

A tour offered from Protaras, Ayia Napa and Larnaca, for example, named ‘Enchanted Lagoon Jeep Safari’ stops at the red lake as part of its itinerary.

Visitors are attracted to the lake’s colour. “Something different in Cyprus with a nice view,” was one comment on the website, “Visiting a very strange lake makes the experience very exciting,” was another.

The presence of heavy metals at the Kalavasos reservoir, which head of the water development department Charalambos Hadjipakkos suggested were caused by abandoned mines in the area, does not mean the waters turned an interesting red colour, but the water had to be declared as unsafe for drinking.

When the problem was discovered last month, Hadjipakkos said liquid waste flowed from old mines in the area.

“It is extremely difficult to protect the soil from liquid waste, and at a European level there has been no solution to tackle the problem,” he told media.

The Kalavasos mine is one earmarked for restoration. As it is under ground and chemicals may reach rivers when it accumulated, water should be drained from the area.

The government has to step in to do this as companies which operated the mines are no longer around to pay for the restoration.

Before the 1990s, there were no laws in place which forced the companies to restore the areas they had mined, the mining official said.

“Now we have a legislation, and there are bank guarantees proportional to the cost of restoration. We will not have the same problem again.”

As part of the legislation, each project has to include an initial environmental management study which stipulates how the area will be restored once mining is completed. The companies have to dispose of waste, fence in excavations and undertake reforestation, and make sure the environment is not polluted.

It remains to be seen if this works, as regenerating a mined area is not straight forward.

Acid mine draining is a big stumbling block. After being exposed to air and water, oxidation of metal sulfides within the surrounding rock generates acidity.

Which often makes reforestation of areas used for mining a near impossible task.

In addition, the restoration efforts of Amiantos have shown that planting trees is probably not the best way to bring back the flora and fauna to mined areas, as mines which were simply left alone regenerated much quicker.

Whatever the environmental management plans include, and regardless of whether mines can be used as tourist attractions or heritage sites, the problem of groundwater contamination as a threat to human health remains.