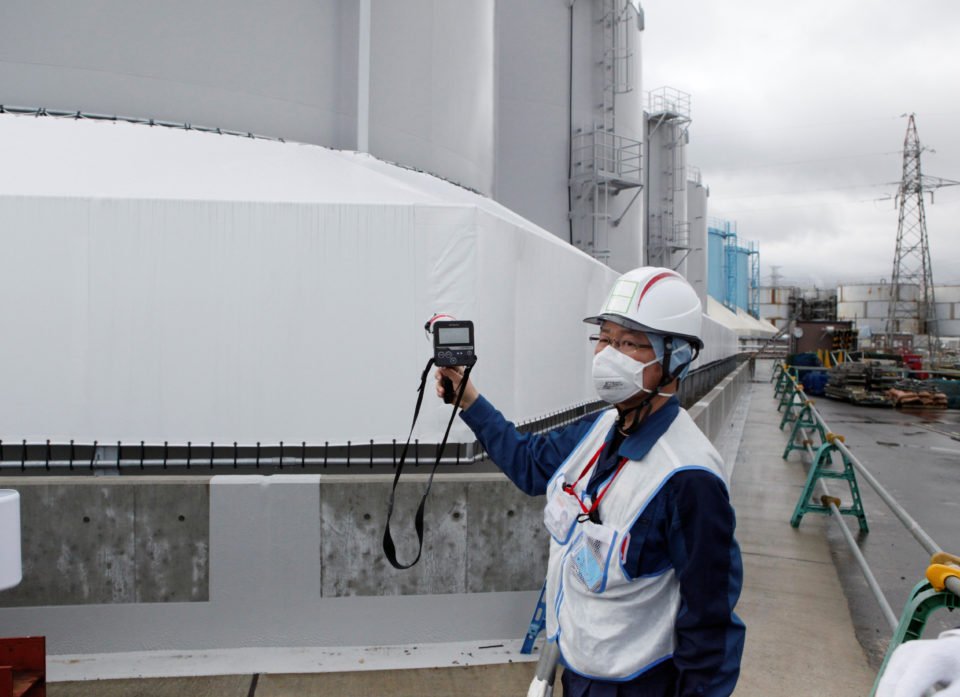 Germany and Japan are finally winning a war together. Unfortunately, it is the War on Rationality.

Coal, as everybody knows, is by far the most damaging source of energy we use, in terms of both the harm to human beings and the impact on the climate. It’s twice as bad as natural gas, and dozens of times worse than solar or nuclear or wind power. Yet both Germany and Japan have been building lots of new coal-fired power stations. Why?

Would it upset you if I said it’s because they are, despite their apparent sophistication, superstitious peasants at heart? Well, go ahead and get upset.

Germany still gets more than a third of its energy from burning coal, and most of it is ultra-polluting lignite or ‘brown’ coal. If most of Germany’s seventeen nuclear power had not  been shut down after 2012 (the last are scheduled to close within two years), then at least half that coal would not have been needed.

There had been an active anti-nuclear power movement in Germany for some time, but what triggered the 2012 decision to shut the entire sector down was the Fukushima incident of the previous year.

I am deliberately avoiding the words ‘calamity’, ‘disaster’ and ‘catastrophe’, because while the Fukushima tsunami killed 19,000 people, the subsequent problem with the four nuclear reactors on the coast killed nobody. Yet the German people, or at least a large number of German anti-nuclear activists, insisted that any nuclear reactor anywhere was a mortal danger, and the government agreed to shut all the German nuclear plants down.

The same thing happened in Japan. The Japanese planners were foolish to put four reactors on the coast in a region where earthquakes and consequent tsunamis were to be expected from time to time, but what needs to be condemned is Japanese planners, not nuclear power. Nevertheless, all fifty Japanese nuclear reactors, which supplied 30% of the country’s electrical power, were immediately shut down.

The Japanese are not as blindly dogmatic as the Germans: two of those nuclear plants reopened in 2015, and seven more reopened recently. A further seventeen are in the lengthy process of restart approval, so by 2030 the Japanese government hopes to be getting 20% of its electricity from nuclear power again.

But that’s only half the amount of nuclear power that Japan originally planned to have available by 2030, and the gap between 20% and the planned 40% of the country’s energy needs will be made up by burning coal. Japan recently announced that it plans to build 22 new coal-burning power plants in the next five years.

This is deeply irresponsible behaviour, and the worst thing is that the decision-makers know it. They are just deferring to public opinion, which in this instance is entirely wrong. The ‘superstitious peasants’ should really be frightened of global warming, for which coal-burning is a major driver, not of relatively harmless nuclear power.

That’s not to say that nuclear power is the solution to all our problems, or even most of them. It is generally the most expensive option because it is costs so much to build the reactors and the associated controls and safety devices. Indeed, nuclear is no longer cost-competitive with other ‘clean’ sources of power like wind and solar.

So there is a case for not building any more nuclear power stations, at least in regions and countries that have ample resources in terms of sun and wind. But there is no case for shutting down existing nuclear stations and burning more coal to make up the difference. That is so stupid it verges on the criminal.

Other countries can be idiotic too. Due to an administrative glitch, Chinese provinces are currently building hundreds of unnecessary coal-fired power stations that may never be used, since the central government expects the country’s coal use to peak this year – and most existing Chinese coal plants already sit idle more than half of the time.

At least China is also building nuclear plants as fast as it can, and last year accounted for more than half the world’s output of solar panels. (On the other hand, it is providing work for the Chinese construction industry by building a planned 300 coal-fired power stations in other countries, presumably on the unspoken assumption that carbon dioxide emissions elsewhere won’t affect China’s climate.)

But nobody is as crazy as the Germans and the Japanese, who have been shutting down nuclear plants and replacing them with coal-fired plants. France will close its last coal-fired station in 2022, and Britain will do the same in 2025, but Germany says 2038 and Japan just says ‘eventually’. That’s far too late: by then the die will be cast, and the world will be committed to more than 2 degrees C of warming.