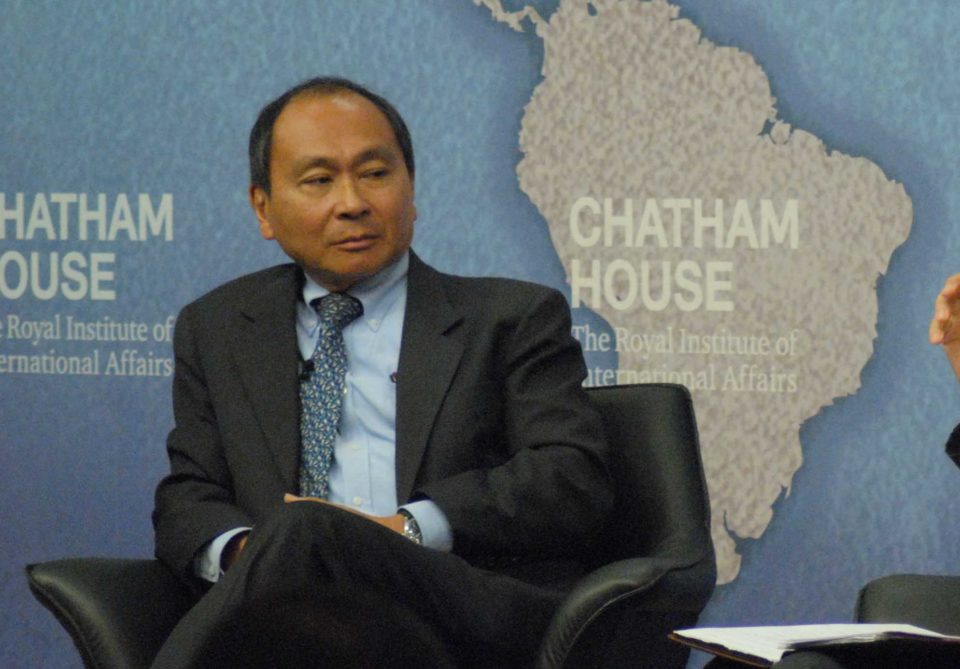 For the Turkish Cypriots, identity was always the crucial question, and it’s suddenly the flavour of our times

Actually, the Cyprus problem itself is about identity. Sure the minutiae of political power and land and property and security are hugely important, but they are byproducts of underlying attitudes about identity that people have skated over for generations.

As every student of contemporary politics knows, identity is the flavour of our times and so this is a good time to grapple with its relevance to Cyprus.

The American historian Francis Fukuyama, who famously gave us The End of History after the collapse of the Soviet Union in 1991, has now written a sequel and called it simply Identity.

What he was really saying, however, was that liberal democracy had triumphed over communism – or so he thought at the time. He has now had second thoughts. In his recent book on identity he recognises the limits of liberal democracy, though he stopped short of calling it the end of democracy.

According to Fukuyama identity is based on the idea that in their soul people crave for recognition of their dignity as members of a particular ethnic, religious or social group. Such groups expect and demand to be respected as equals independently of numerical strength or political or economic power. His thesis is that identity politics is now as fashionable among progressive movements on the left as on the populist nationalist right.

Fukuyama believes liberal democracy is flexible enough to ride identity politics but this requires understanding and imagination. As he says right at the end “identity can be used to divide, but it can and has been used to integrate.”

The use of identity to divide or to integrate is the question Turkish Cypriots face in their elections in April. Janus-like they face in two opposite directions: their Cypriot identity to the south and their Turkish identity to the north. The Greek Cypriots faced the same conundrum much more acutely in 1974, and although the answer was thrust upon them, the truth is they have thrived as a distinct entity.

Turkish Cypriots are an island people who speak Turkish. They are Muslim but wear their religion lightly. Most of the older generation speak Greek and, political differences aside, enjoy Greek Cypriots as a people. Some feel a strong attachment to Turkey as devised by Kemal Ataturk, but are not much enamoured by the present government’s movement away from his secular and western orientation.

Others have a strong attachment to Cyprus if they can put it back together again, and some also have a secondary attachment to Britain from colonial times, and many emigrated to UK during Cyprus’ troubled history. Turkish Cypriots did not find British rule particularly oppressive. After all their motherland had handed sovereignty of the island over to Britain in 1923 and they were content to stay British.

They are proud of their Turkish heritage, however, and crave for dignity and respect as a community.

After the collapse of the 1960 independence arrangements and a lot of trials and tribulations, the Turkish Cypriots are now prepared to share power in a federal Cyprus, but this will only work if it accords them dignity and respect, which I think is what they mean by equitable power sharing as equals.

In 2004 the Turkish Cypriots voted enthusiastically to reunite under a federal umbrella.

By a huge majority the Greek Cypriots voted against, not out of disrespect, but in the hope of getting a better deal after joining the EU.

The thinking behind the 2004 rejection was that Cyprus would have more leverage on Turkey within the EU with the right to veto Turkey’s accession path. It was faulty thinking because Turkey knows that she is too big and the wrong religion to join the EU.

At that time Nicos Anastasiades was in favour of the federal solution on offer and complained vociferously to the EU that the referendum had not been conducted fairly.

Anyway, the Greek Cypriots got their leverage and have used it occasionally but not to any great effect. Be that as it may, they did get a better deal at Crans-Montana in 2017 though this time Anastasiades’ political calculus was unfavourable to a solution.

So the process was in effect put on hold to abide the outcome of the 2017 Greek Cypriot elections, but now according to Mustafa Akinci the parties are back on track to pick up from where they left off.

So in theory if Mustafa Akinci wins and Anastasiades does not wobble again, the omens are good.