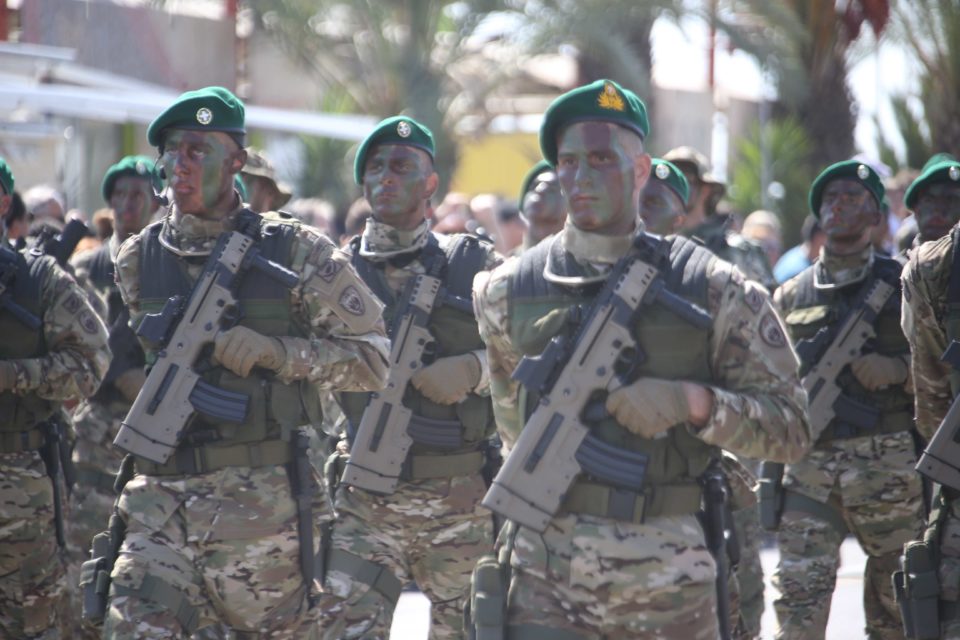 IT CAME as a major surprise to find out that the institution most trusted by Greek Cypriots, according to the latest Eurobarometer, is the army, which for some reason we insist on calling the national guard. What has the army ever done to inspire trust/confidence in 62 per cent of Greek Cypriots with a functioning brain?

Has it performed well in a war recently? Has it even won a minor battle? Are its soldiers extremely well-trained and ready to die for their country? Is it a well-oiled war machine that spreads fear among our foes? Is it the high-calibre officers, battle-ready reservists or is it uncompromisingly meritocratic?

As it is probably none of the above, we can only assume the high regard the institution is held in by the majority of our fellow citizens is due to the military parade held every year on October 1. The parade, apart from attracting a large number of spectators, is also screened live on TV, thus inspiring the trust of the wider population in our armed forces.

Are our expectations so low, that we trust an institution because it can stage a well-rehearsed parade once a year by public employees in army fatigues, primed to do battle for their promotion prospects and work terms?

The only battles our top-ranked officers, of which there are far more than the size of the army could justify, have fought were in the courts, appealing against defence ministry decisions to force them into retirement.

THE SECOND most trusted institution in Kyproulla is not marriage, but the police force. Some 52 per cent of Greek Cypriots trust the cops and it would have been more if the force was allowed to have its own parade every so often, rather than contribute a small contingent of officers on motor-bikes to the Independence Day parade.

Here is another Eurobarometer finding that baffles – more Greek Cypriots trust the army, the police, television (yes television) and local public authorities than trust the EU and the press which are tied in fifth place. Only 37 per cent of Cypriots have a positive view of the EU, below the EU average of 42 per cent.

On a more positive note, the degree of Cypriots’ satisfaction with their lives is an impressive 89 per cent, higher than the EU wide average 84 per cent. When you have a high level of trust in the country’s armed forces, how can life not be highly satisfying.

IN LAST Sunday’s excellent report by Esra Aygin about Mustafa Akinci’s run-in with the Turkish government, assistant professor Umut Bozkurt was quoted as saying that the forthcoming election in the north was “closely connected to the issue of dignity.”

You can’t help but feel sympathy for the Turkish Cypriots, but this dignity they crave is difficult to attain when someone else picks up the bill. And President Erdogan does not seem like the sort of guy that would pick up the bill and expect nothing in exchange from the beneficiaries of his largesse.

He doesn’t just want the Turkish Cypriots to feel indebted to him – he wants them to be his loyal and obedient subjects. Akinci is quite a revolutionary and a brave man in speaking out against this master-servant relationship, which is why his days as pseudo-president must be numbered.

A FRIEND sent an email last week, pointing out that in its coverage of Dr Takis Evdokas’ funeral, the CyBC’s main evening news, made no mention of the fact that in 1968 he was a presidential candidate, who had the guts to stand against the mighty Makarios.

Perhaps the state broadcaster did not want to delve into one of the more embarrassing periods of our history, in which Makarios’ despotic rule was not just timidly accepted by the free press but was dutifully praised to high heaven.

During his campaign Evdokas held one election gathering at Solomou Square, but it was sabotaged by pro-Makarios thugs. Not only was he pelted with yoghurt, but the wires of the loudspeakers were cut by Makarios’ henchmen while the cops turned a blind eye. Some said the cops sent there to police the gathering were also throwing yoghurt at Evdokas, but this was never confirmed.

The mighty Mak won the elections, taking 96.26% of the vote, while Evdokas lived in ignominy for the next few years for having the cojones to doubt the great and omniscient leader, well before democracy and human rights arrived on our shores.

THE POLITICIAN most like Makarios today is his fellow-Paphite Nicos Christodoulides, the foreign minister. I am not suggesting or implying for one minute that Christodoulides has no respect for democracy or free speech.

The similarity is that like Mak, he also enjoys a universally positive press, the exception to the rule being our establishment that nobody takes seriously anyway. It is not just that people fall for his smooth talking and avoidance of any form of confrontation in public, but he has won the loyalty of the overwhelming majority of hacks that feel duty-bound to write gushing reports about him.

Now, Christodoulides is trying to win over the female vote, ahead of the next presidential elections, by championing sexual equality. He hired as an advisor to the foreign minister on matters of sexual equality, a member of an NGO that dealt with gender studies to underline his commitment to the participation of women in diplomacy.

And to underline this commitment, on Friday he held a gathering entitled Women in Diplomacy, to mark the 25th anniversary of the Beijing Declaration for women, to which he invited the EU’s former High Representative for Foreign Affairs Federica Mogherini, the foreign minister of Norway Ine Marie Eriksen Soreide and EU Commissioner Stella Kyriakidou among others.

And as expected, he announced plans for Kyproulla, because of its geographic position, to become an active player in the promotion of gender equality and the rights of women in the region.

THIS WAS not the only high-sounding gibberish he came up with. He also said: “We have extended our cooperation with a series of like-minded countries and our long-term ambition is for Cyprus to become an active player in the fashioning of policies for the equality between men and women at European and international level.”

Kyproulla, the active player, is now going to introduce policies on gender equality in Europe? Maybe he should turn his attentions at international level to his friends in Saudi Arabia, who I am sure would welcome his advice on gender equality.

He also spoke, according to Tass news agency, about his efforts to incorporate the rights of women in the foreign policy of Cyprus with slow and steady steps, after the appointment of the Advisor on gender equality issues.

“Gender equality must be included and embodied as a horizontal priority in foreign policy. The ministry has planned a framework of actions that include targeted and specific actions for the incorporation of the dimension of gender in foreign policy, while it is active at EU and UN level and has started shaping the necessary synergies and cooperation on a bilateral and multilateral level, so it can actively contribute in the promotion of gender equality…”

I bow to Christodoulides’ natural talent for making meaningless nonsense sound serious. It is not something anyone can do, even as a horizontal priority on bilateral and multilateral level.