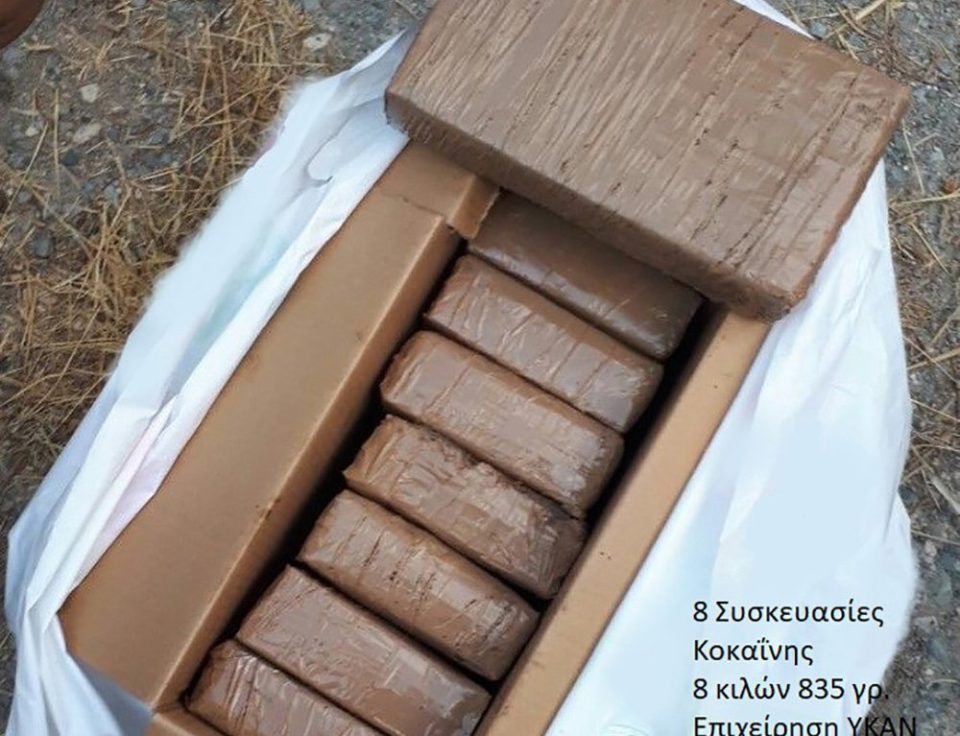 The haul of cocaine

The Limassol criminal court sentenced two men, 48 and 38, to 12 and 10 years in jail respectively for possession of close to nine kilos of cocaine and a number of cannabis plants.

They had been placed under surveillance by police following a tip about a drug deal that was planned that day.

At around 3pm, the 38-year-old drove to an area of Yermasoyia and then left. Shortly afterwards, officers spotted the 48-year-old approaching the area on a motorcycle.

The man was intercepted and was found in possession of a box with eight packages wrapped in tape which contained 8.835 kilos of cocaine.

Drug squad officers then carried out a search of the 38-year-old’s home in the presence of his partner, as he was absent at the time.

They found three cannabis plants between 1.30 and 1.80 metres tall. Upon his return, the man saw the police and tried to flee the scene, but officers caught up with him shortly afterwards.