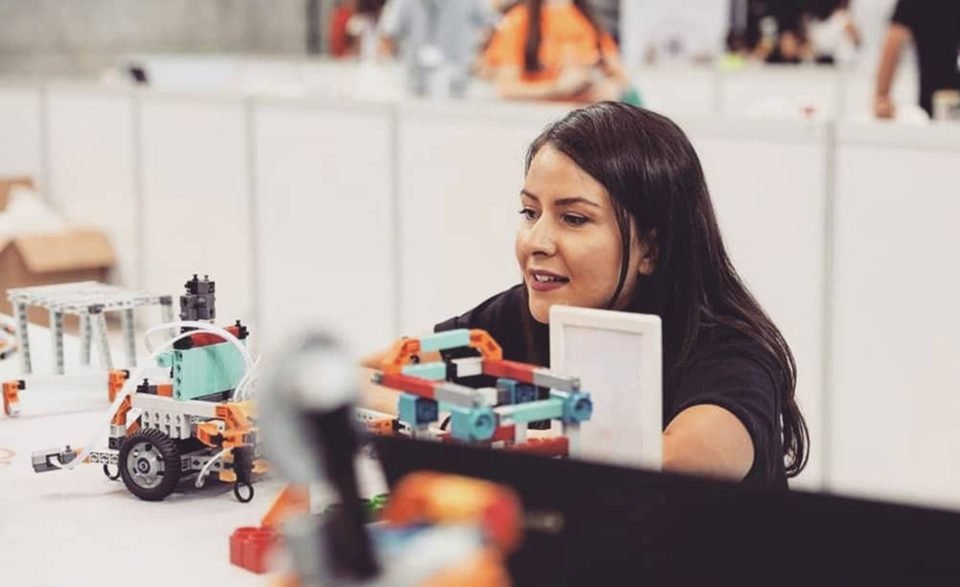 Women make up just about half of the world’s workforce: 47 per cent according to statistical service Catalyst. Public relations, social and community services, optical services and pharmaceuticals are all female-dominated sectors across much of the globe. Here in Cyprus, where the female workforce hovers around the 45 per cent mark, ‘services and sales’ is the most popular profession for women, followed by medicine and teaching. What we don’t have, however, is women in tech.

Globally, woman hold just a quarter of the jobs in the tech industry – a number that’s actually lower than it was in 1980, according to developers’ network Adeva IT. Along with maths, science and engineering (the STEM sector, often referred to simply as tech), the field is hugely male-dominated. Especially here in Cyprus where, according to the Cyprus Youth Council, “girls are significantly under-represented in STEM subjects and appear to lose interest in such subjects as they reach adolescence.”

Fortunately, that’s set to change – especially if Galatia Partheniou has anything to do with it. Just 26 years of age, Galatia is a Senior Android Developer, a specialist in computer science, and holds a Masters in Mobile Application Development. She’s already been instrumental in developing a number of apps for the Android platform itself, and worked for several years in London with great success in the start-up industry. And now, with the help of fellow woman in tech Melpo Pittara (a specialist in eHealth, Machine Learning and Virtual Reality, and a PhD Candidate of the Department of Bernoulli Institute for Mathematics, Computer Science and Artificial Intelligence at the University of Groningen) she’s launching Women Techmakers Cyprus: a community which aims to ‘connect, empower and encourage each and every single woman in tech to understand and pursue her passion in any technology related field.’

“Having identified the lack of resources and support for women wishing to study any STEM related field, we realised our island desperately needs something to support this minority group,” Galatia explains. “Cyprus has a great gender gap in the field of tech: the number of women as opposed to men in this sector is minute. Even those women in the field,” she adds, “often lack confidence and suffer from impostor syndrome.

“This,” she adds, “is where Women Techmakers Cyprus comes in. We are here to support, inspire, help and mentor any woman who wants to pursue and excel in their technology-related career. Our goal is to develop industry-required skill sets, aid career development, and help women in all phases of their careers become industry leaders. It’s an important step to creating gender equality in the field of computer science and engineering in Cyprus, and will – we hope – encourage women in tech, science and the like to become active role models and leaders in the field.”

Initially a Google programme, and run under the auspices of the Google Development Group, Women Techmakers is a global scheme which exists in almost every city and country around the world. And now, our own chapter is set to launch on March 5 at the University of Cyprus, Nicosia with a talk, Q&A session, and a good bit of networking.

“During this event we’ll be kicking off Women Techmakers Cyprus,” Galatia reveals. “Whether you’re a student, a job-hunter, in the early stages of your career, or just interested in technology, it’s an ideal event. We’ll be discussing our plans for helping women in tech grow in numbers and confidence, and revealing our future initiatives, including design sprints and codelabs, meetups, hackathons, mentoring schemes, and confidence workshops.

“There is,” she continues, “nothing like this in Cyprus at the moment, and we hope Women Techmakers Cyprus (WTC) is going to make a huge difference to our community. There’s plenty of talent on the island, and we’re seeing an increasing number of multinationals looking to build or extend their existing tech, science, design and engineering teams by hiring local talent. What we’re doing with WTC is supporting and growing that community – teaching, mentoring, encouraging women in the field, and providing the networking opportunities that are needed.”

As well as championing those already within the field, Women Techmakers Cyprus hopes to encourage more young women to study STEM subjects. “We see so many girls here who are discouraged from taking maths, science and IT subjects,” Galatia acknowledges. “Despite the fact we’ve made great progress in getting more women into the field, many people are hesitant about encouraging their daughters to study related subjects – there’s a stereotype that anything in science or tech is a job for a man.”

This stereotype is, Galatia adds, often reinforced from an early age. “Girls get dolls, boys get robots,” she says with a laugh, “Okay, that’s changing, but progress can be slow. We’re hoping that, with adequate opportunities, we can make a difference.”

Galatia herself was fortunate in this respect; early on in her education, she studied under a female computer science professor who became a mentor and a role model. “That’s often what is lacking in schools and universities,” she explains. “I was lucky that I had a female role model to follow, to look up to. In a class where I was the only woman, it made me much more comfortable and gave me all the support I needed.”

And that, she explains, is ultimately what WTC is all about. “In a field where the vast majority of employees are male,” Galatia concludes, “women need to feel comfortable. And Women Techmakers Cyprus is here to help women interested in or working in the tech field feel empowered to ask the right questions, gain the support they need, and pursue their passions. Without,” she smiles, “being judged for their gender.”