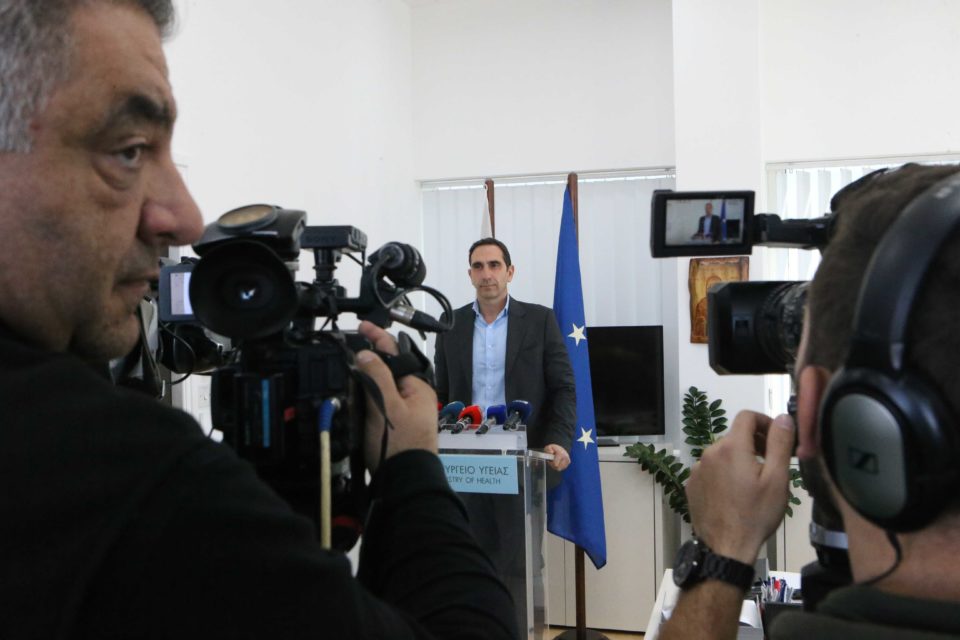 Health Minister, Constantinos Ioannou, on Tuesday announced that authorities would extend checks on passengers arriving to the island from four more countries where the coronavirus (Covid 19) has spread.

He also said his ministry had found two facilities to operate as quarantine areas for people with no symptoms of the coronavirus.

Following a meeting with the epidemiological surveillance unit, to assess the situation and the latest developments as regards the virus, the minister said Cyprus already prepared a plan to tackle an epidemic if necessary, three weeks ago.

He also said that Northern Italy, South Korea, Japan and Iran have been added to the high-risk countries thus passengers arriving from these areas would be checked as those arriving from China.

Although there is still no change in the World Health Organization (WHO) and the European Centre for Disease Prevention and Control (ECDC) protocols and guidelines, he said, the health ministry has decided to include these countries into the list of high-risk countries, an action that has so far taken by only six EU states.

He said they will be asked to fill questionnaires, and depending on their answers, the necessary protocols will be activated. At the same time, air carriers have been asked to report to the authorities stationed at the airports any cases presenting symptoms similar to those of the Covid 19, regardless where they come from.

The minister also said he was presented with the action plan in case the virus spreads in Cyprus.

“The health ministry is constantly standing by and alert,” Ioannou said.

He also said that his ministry will announce the two facilities to be used as quarantine areas for people with no symptoms of the coronavirus after approval by the cabinet next week.

The government had suggested using for that purpose the Sek union holiday village in Kannavia or one of the empty buildings of the Kyperounda hospital but both communities reacted strongly against it.

“Despite our assurances that there is no problem or risk to public health, there have been reactions from the various communities,” Ioannou said, adding for that reason he would refrain from giving more information at the moment on the ministry’s plans.

The minister said on Tuesday that reactions were due to lack of knowledge pointing out that public health is not at risk from the operation of such facilities.

He also explained that the facilities are for people who have not exhibited any symptoms but must remain in quarantine for 14 days.

On the arrival of 12 high school pupils and their teacher who are due back from Italy on Wednesday after the exchange programme they were to participate in Milan was cancelled, the minister said they would be treated the same way as passengers arriving from high-risk countries.

“It is not just the 12 pupils, there are two weekly flights from Italy, in addition to passengers arriving through other countries,” Ioannou said.

It was announced that when the pupils return, they will be examined and if they exhibit no symptoms, they will be asked to remain at home for 14 days.

The head of the education ministry’s technical education, Elias Markadjis, said on Tuesday the pupils are well and are taking all necessary measures such as avoiding crowded areas and thoroughly washing their hands and disinfecting surfaces they use.