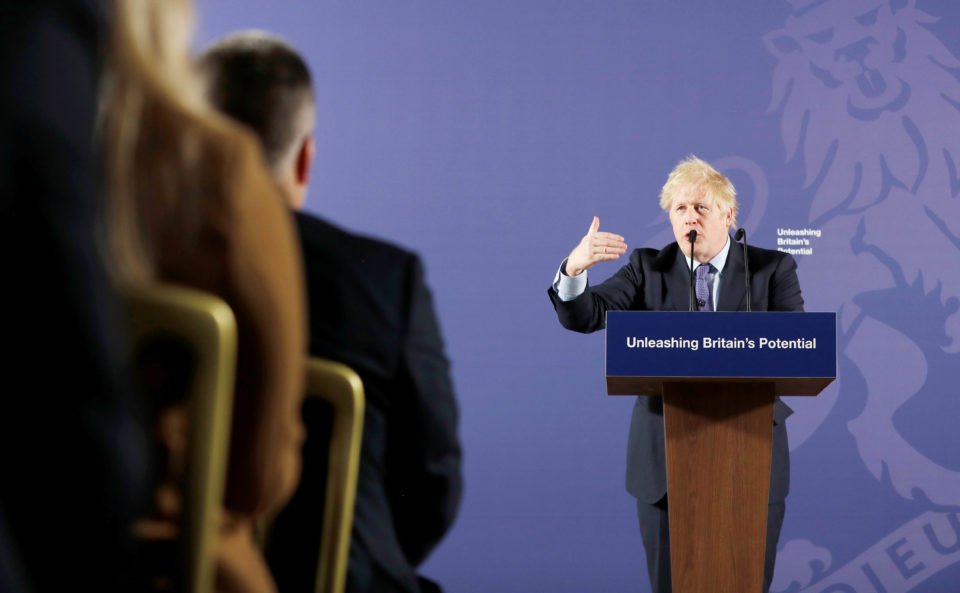 The European Union is ready for talks on future ties with Brexit Britain ranging from trade to security but the process will be “very hard” and could fail if London does not secure the Irish border as earlier agreed, ministers said on Tuesday.

Britain left the EU on Jan. 31 after over three years of tortuous divorce talks, greatly complicated by sensitivities around the Irish border, the only land frontier between the bloc and the United Kingdom now and with a past history of violence.

With both sides talking tough ahead of negotiations due to start next week, Ireland warned that even a basic trade deal would be impossible by the end of this year if London does not honour border obligations under the withdrawal deal.

“If there isn’t progress on the infrastructure needed…in the next few months, that’s going to be a very worrying signal for whether or not it’s going to be possible to conclude something sensible before the end of the year,” Irish Foreign Minister Simon Coveney told reporters in Brussels.

“If that doesn’t happen, it will damage significantly the prospects of being able to get even a bare-bones trade agreement…by the end of the year,” he said on arrival for a meeting with peers at EU headquarters.

In London, the British government said it would publish its own negotiating lines for EU talks on Thursday.

“The UK’s primary objective in the negotiations is to ensure we restore our economic and political independence on Jan. 1, 2021,” Prime Minister Boris Johnson’s spokesman said in a reference to Britain’s status-quo transition period after Brexit that runs its course at the end of 2020.

Under the complex divorce settlement between the world’s fifth-largest economy and the biggest trading bloc, Northern Ireland remains in the UK’s customs area but tariffs would apply on goods crossing from mainland Britain to Northern Ireland if they were headed further to Ireland or elsewhere in the EU.

Johnson’s hardline eurosceptic government has also said it will not introduce any new checks or controls at the land border with Ireland. Coveney stressed the EU would not accept that.

Coveney also said EU’s 27 countries were ready for the new round of talks with Britain as ministers approved on Tuesday the bloc’s joint negotiating mandate.

Britain’s current trade with the EU, in the customs union and single market of which it will remain until Dec. 31, is now made up of 45% exports and 53% of imports.

On offer from the EU is trade without tariffs or quotas in exchange for the UK committing not to undercut European companies with lower – and therefore cheaper – environmental, labour, tax and state aid standards.

But Johnson rules out being bound by EU rules guaranteeing a “level playing field”, stressing its “primary objective in the negotiations is … economic and political independence”.

London says it is ready to accept tariffs and quotas similar to a deal the EU has with Canada, or trade on basic, less-beneficial World Trade Organization rules – which assume tariffs, quotas and cumbersome paperwork – from 2021, should a comprehensive trade deal prove elusive.

“If we cannot maintain this regulatory proximity, then we must … apply tariffs or quotas,” France’s Europe Minister, Amelie de Montchalin, told reporters. “It’s not a position of revenge, it’s an economically rational position.”

The EU mandate says any new trade treaty between the EU and Britain, given the UK’s geographical proximity to Europe, should “prevent distortions of trade and unfair competitive advantages so as to ensure a sustainable and long-lasting relationship”.

Dutch Foreign Minister Stef Blok said the talks would be challenging. “The time pressure is immense, the interests are huge, it’s a very complicated treaty, so it will be very hard work.”