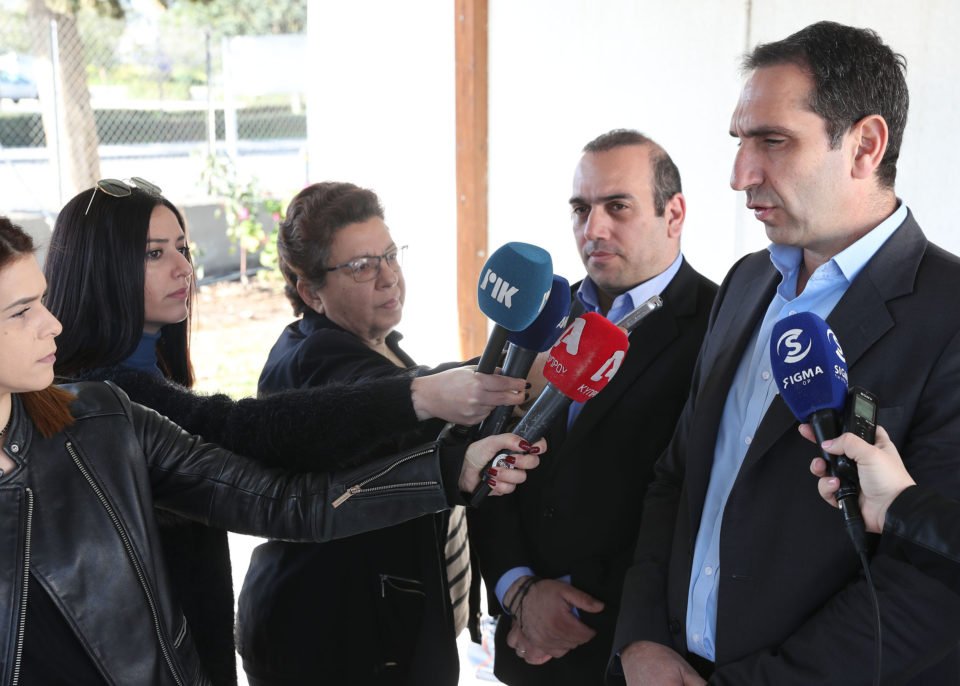 The first phase of the new Athalassa psychiatric hospital is expected to be completed in 28 months, Transport Minister Yiannis Karousos announced on Tuesday after he visited the facility together with Health Minister Constantinos Ioannou.

“After today’s meeting, we have decided that we are immediately proceeding with any corrections or improvements that can be made, and that we will announce the work on the new clinic, which we expect to be completed and and delivered within 28 months,” he said.

In remarks after the visit, the health minister thanked Karousos and his ministry for the immediate response and explained the meeting was held to coordinate the progress of work at the hospital.

He confirmed the ministries will start work on the project immediately and said the improvement works which were expected to start two months ago will go ahead now in some of the wings to iron out any problems.

The most important issue, he said, “regards the construction of two new clinics, the administration and the Themea building [the unit for addicted persons], of which we were informed last September that they cannot be renovated and must be demolished.”

The architectural plans have been prepared, and the money has been handed to the ministry of transport, he added.

These are buildings the size of about 5,500 square metres which will be completed within 28 months according to specific timetables.

To alleviate the problem of a shortage of space until the buildings are completed, a prefabricated building will be purchased, the minister explained.

Improvement works will be finished in three months, in six months the roof of the Themea building will be changed, and in the coming weeks construction of new facilities in the existing space will start.

Buildings will be erected next to existing ones where patients are treated at the moment.

The Athalassa hospital built in 1964 is the only state psychiatric hospital on the island. MPs, political parties, hospital staff and patients’ relatives have been lamenting for years the sorry state of the building, calling for a new one.

Three nurses spoke to the Sunday Mail last week and listed an appalling set of conditions for patients and medical staff alike. They described and provided photos of crumbling, mouldy walls, shower ramps so dangerous that patients have been injured, and foul-looking toilets. They also described conditions of chronic overcrowding and serious staff shortages.