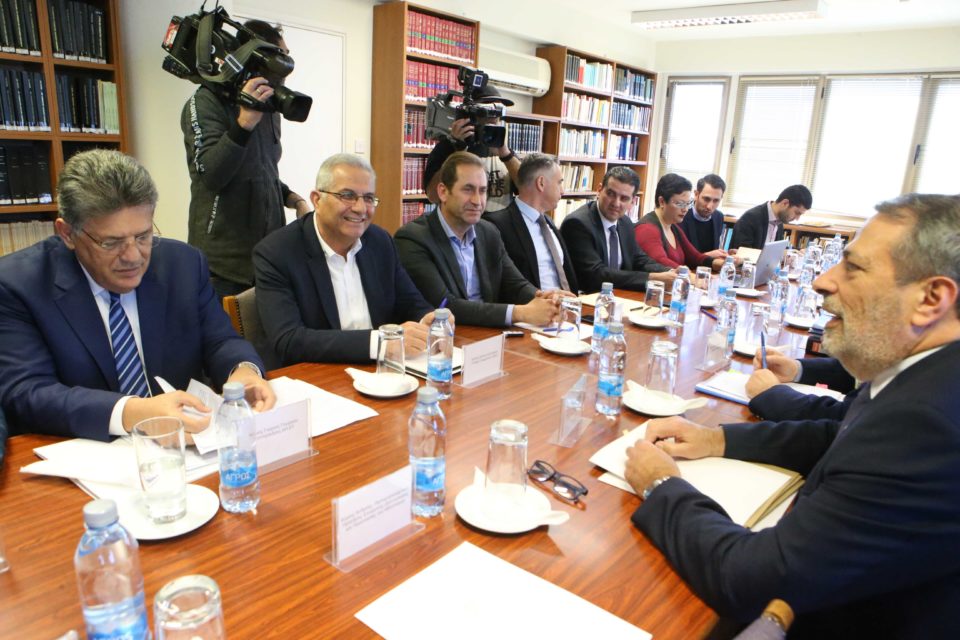 Justice Minister Giorgos Savvides announced a serious of measures aimed at tackling match-fixing and corruption in football on Tuesday after a meeting with several party leaders, members of the ethics and sports protection committee and police chief Kypros Michaelides.

Among the main decisions at the meeting were the establishment of a legislative committee tasked with drafting a new set of laws against match-fixing and the increase of a special police committee that will deal with match-fixing reports.

Savvides said he will reconvene with the party leaders in two months.

“The meeting was a success,” Savvides said. “The government and all the political parties in our country share the common goal of rooting out match-fixing and corruption in football.

“We decided to increase the number of police officers who will be dealing with match-fixing to 13. They will analyze all reports they will receive, so that we can properly investigate every possible case. This is a hugely important decision”.

He said a decision was also taken to set up a legislative committee to come up with new and stricter laws to help clear up all the issues.

The government, he said, is working on a major project aimed at creating a common law on all sports-related matters and issues.

Savvides did not disclose any information on the ongoing investigation into match-fixing.

“We have to tread carefully, as, for each case we look into, there is presumption of innocence.

“In order for someone to be arrested and detained, we must have very strong evidence of the wrongdoings. That’s why I cannot talk about ongoing cases.

“Today’s meeting had a wider scope and was intended to try to find a broader general solution to the issues. Hence the presence of multiple party leaders,” Savvides said.

Disy’s Giorgos Georgiou stressed that his party would assist and co-operate collectively with the government, other parties and competent bodies.

“Zero tolerance and clarity of intent are a must,” he said. “We must all take responsibility in acknowledging and addressing the issues together.”

Akel leader Andros Kyprianou said the time was right for such a meeting and for a comprehensive law that would tackle all issues related to corruption and match-fixing in football.

On February 5, Akel published a proposal for set of rules that would apply to all sports organisations in Cyprus and an impartial outfit to which the Cyprus Football Association (CFA) should report directly.

Today, the Akel leader said that “the most important thing coming out of the meeting was to see that all parties share the same goal.”

“The fact that the underworld has penetrated the sport should be dealt with swift justice. That’s why establishing stricter measures and giving more power to the authorities is now of paramount importance.”