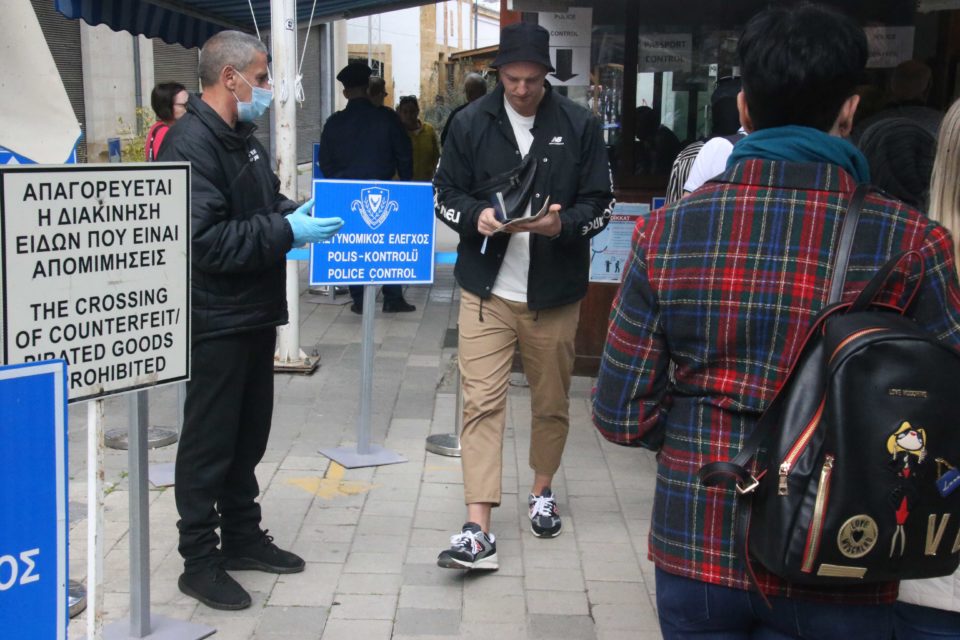 The government on Friday defended its decision to close the crossings at Ledra Street, Astromeritis, Lefka and Dherynia for seven days as part of measures to prevent a possible spread of the coronavirus, after Turkish Cypriot leader Mustafa Akinci said the measure was spreading panic among the two communities.

Health Minister Constantinos Ioannou announced the measure on Friday following a cabinet meeting to discuss measures to prevent the spread of Covid-19.

The minister said President Nicos Anastasiades informed Turkish Cypriot leader Mustafa Akinci of the decision to close the four crossings. He also said the government had informed the UN and the British Bases about the decision.

According to Ioannou, the measure aimed at protecting both communities and not just Greek Cypriots, or those living in the government-controlled areas.

The crossings at Ledra Street, Astromeritis, Lefka and Dherynia will close at 6am on Saturday for seven days, Ioannou said. The measure will be reassessed.

The rest, Ayios Dhometios, Ledra Palace and Kato Pyrgos, will remain open to continue to serve their purpose and will be additionally manned by trained staff, such as nurses and ambulance staff, to help with screenings of those crossing.

“Our aim is not to make things more difficult for people, so these (crossings) were chosen so that geographically everyone can be served,” the minister said.

Ioannou also reiterated that it was not a matter of whether a coronavirus case would be confirmed in Cyprus but when.

“This is to be expected, as we are now talking about (the virus) spreading everywhere,” the minister said.

He added that epidemiological data says that whatever measures are taken at entry points are only 25 per cent effectiveness. “So, both as the health ministry and as the government, we need to inform the public that the possibility of it happening is realistic.”

In the meantime, Akinci reportedly told Anastasiades he was against “unilateral measures that spread panic among the communities.”

According to Akinci’s spokesman, Baris Burcu, the Turkish Cypriot leader told Anastasiades that if measures need to be taken in Cyprus on the issue, it would be proper to be jointly taken through the bicommunal Technical Committee on Health.

Akinci also reminded Anastasiades that during the meeting on February 3 of the committee in question, in which they also participated, they had agreed that measures would be taken at the entry points to the country and not the crossings, Burcu said.

In response, government spokesman Kyriacos Koushos gave reassurances that there was no intention of hindering anyone from crossing between the two sides.

To prove his point, he said that five crossings would remain open; two within the bases and three along the buffer zone. “The sole aim is prevention in light of looming risks from the coronavirus,” Koushos told the Cyprus News Agency.

Unficyp in the meantime, announced that it has been informed about the decision to temporarily close four crossing points along the buffer zone as a safeguard against the possible spread of Covid-19.

Unficyp’s spokesman Aleem Siddique, in a written statement, recalling the meeting of the two leaders with the members of the Bicommunal Technical Committee on Health earlier in the month to discuss safety measures  to prevent the spread of Covid-19, called on both sides “to continue their close cooperation in addressing any potential public health emergency.” He said that the peacekeeping mission stands ready to assist both sides.

According to Ioannou the cabinet also decided the activation of the national centre for crisis management while a committee comprised of the ministers of health, interior, foreign affairs, justice and tourism would be meeting daily to assess the situation and take more measures if necessary.

It has also been decided to give a sickness allowance to those who will be asked to be quarantined on the orders of the health ministry.

Strict recommendation will also be made to vulnerable population groups to avoid areas where there are crowds, the minister said.

Ioannou also said that the holiday facilities of labour union Deok as well as some holiday residences offered by Sek union, would be used to host people who may have to be quarantined.

He said that these places would be used in cases where either some individuals cannot be self-restricted, such as someone staying with a person with a bas medical history or foreign nationals coming from high-risk countries.

Ioannou said Cyprus was following the guidelines in accordance with information received on Thursday from the European Centre for Disease Prevention and Control and the World Health Organisation.

Turkey: all refugees now welcome to cross into EU