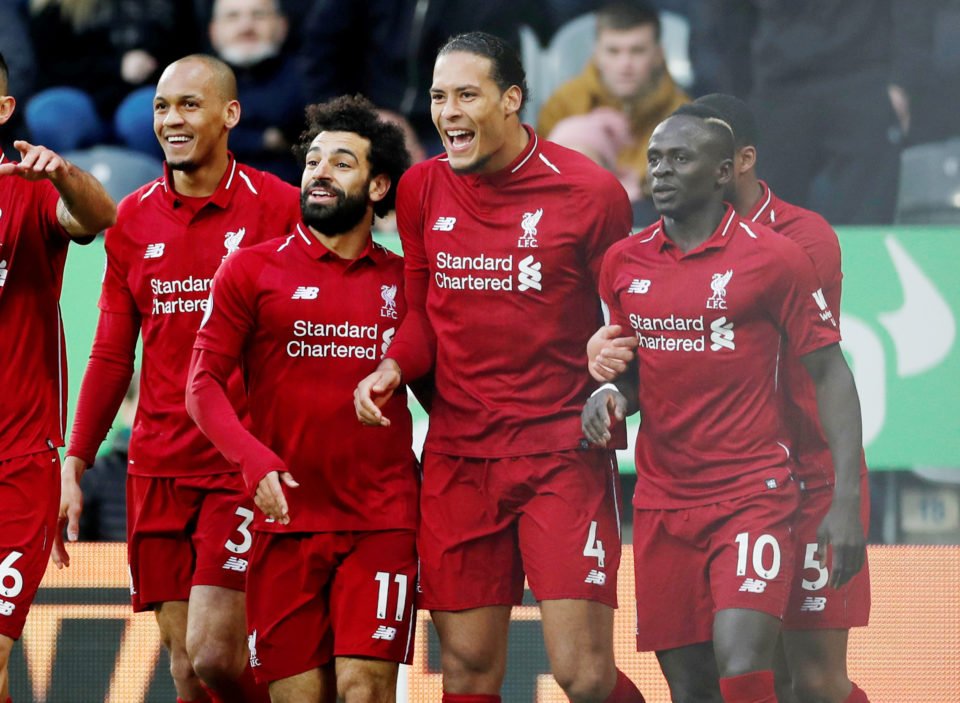 Sadio Mane insists the Premier League title race has been anything but “easy” for Liverpool despite Jurgen Klopp’s running away with the crown in 2019-20.

The Reds have dropped just two points through 27 games in what has become a record-breaking campaign.

A first top-flight triumph in 30 years is now theirs for the taking, with only four more victories required in order to confirm their coronation.

The chasing pack, including defending champions Manchester City, have been left trailing in Liverpool’s wake, but Mane says success has been down to hard work.

“We know the Premier League is the best league in the world and every single game you have to give 100% if you want to win.

“It’s what we always try and I think it’s working very well but we have to keep working hard to get what we want.

“Our target from the beginning was to win the league, so if we win it, it will be great for the club and for the fans.”

Liverpool’s exploits this season have made heroes of those on and off the field, with Mane conceding that Klopp will probably be “honoured” with a statue at some point.

He added: “For sure I think there will be one because he is a great manager and he is doing very well for the club and the players.

“He has his specific way of doing things and he gives his players more responsibility on the pitch which is really important.

“At the same time, he is very friendly with his players so that is one of his big strengths.”

Mane is also being lauded for what he brings to the Reds cause – with 76 goals recorded in 157 appearances – with the reigning African Player of the Year admitting to now being viewed as a living god in his native Senegal.

The 27-year-old said: “Yes, for sure they do try. They are just proud and happy to see me achieving this level.”

He added on his homeland being dominated by Liverpool fans: “Two years ago it wasn’t the case – there were more Manchester United, Barcelona and Real Madrid fans but now it’s Liverpool everywhere.

“When Liverpool play now it’s like the national team is playing, so if we win this trophy, it will be massive.”

“I heard yesterday that if we win the league, we will have a medal,” Mane told BBC World Service.

“I never knew that happened, but I don’t care about medals.”

Klopp’s runaway leaders will be back in Premier League action on Saturday when they take in a trip to Watford.