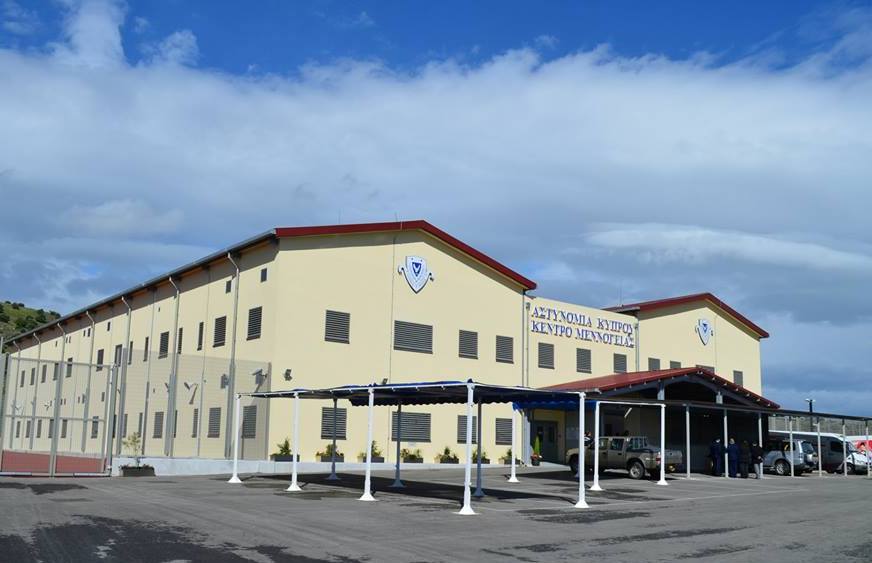 A suspected terrorist who was held in a camp with asylum seekers for 13 months was freed this week when the supreme court ruled that the authorities had provided no evidence against him.

The bizarre case highlights the difficulties facing the Cypriot authorities as they attempt to determine the status of a growing number of irregular migrants, many of whom arrive through the north.

The Moroccan national, who is in his 40s, was freed on Tuesday after the top court ruled that his detention could no longer be justified. He had been held at the Menogia detention centre for 13 months as a suspected terrorist since December 2018 when he crossed from the north to the Republic. His name was on a stop-list which alerted the authorities.

The case has raised questions both about human rights and security issues. Why, observers ask, was an alleged terrorist held in a camp with asylum seekers? And if he was a suspected terrorist – why was no evidence given to the court to justify his detention?

“No, this has nothing to do with the police. The police did their job according to their duties, what happened afterwards is the responsibility of other departments,” police spokesman Christos Andreou told the Sunday Mail the day after the man’s release.

While that may be factually correct, the defendant’s lawyer, Nicoletta Charalambidou, insists the Moroccan was never made aware of what his suspected crimes were.

“The problem is that the evidence they had was never disclosed to us or to the court,” she told the Sunday Mail on Wednesday.

Three countries had information on the man – France, Spain and Belgium – but this was never given to the defendant’s lawyer nor the court, Charalambidou says.

She also raised the point that the three other EU countries could have issued a European arrest warrant, but none did.

Charalambidou added that authorities further undermined their case by not pressing ahead with criminal proceedings against the Moroccan, which they could have done had there been evidence of suspected terror links.

In a plot-twist Kafka would be proud of, the Moroccan was also recognised as a refugee – but had this status immediately revoked “according to the information they had which made them believe he was a suspected terrorist”, the lawyer said.

In short, there’s a Moroccan man crossing over from the north, claiming asylum and recognised as a refugee – only to then lose this status – and then held in an asylum seeker centre, all the while accused of being a suspected terrorist. And through it all, no evidence is given to prove the case against the man. Another oddity is that he is has not been ordered to report to the police.

Nor is he alone in being caught in such a Gordian knot by the byzantine bureaucracy.

“There are at least ten other such cases, of people being held on the grounds of national security,” Charalambidou said.

She explained that since around 2018 the government has been using Frontex guidelines for risk assessment of migrants and asylum seekers entering the country. Frontex is the EU’s border control agency.

Under the new criteria, it appears that young, single men from territories opposed to Syrian President Bashar al-Assad – or people who were against the Syrian leader – are often treated as suspected terrorists.

Without getting drawn into the complexities of the Syrian conflict and its myriad factions, it’s safe to say that those carrying out the risk assessments have an incredibly difficult task to fulfil.

At least two of the people involved in the 2015 Paris attack, which killed 130 people, are thought to have posed as refugees to enter Europe through Greece – during the height of the migration crisis.

An uncomfortable truth is that 64 per cent of Islamic terror attacks are carried out from citizens of their own country. At the same time, security officials point out that many terrorists also abuse the free movement policies of the EU.

This, the latter insist, is where risk assessment criteria are absolutely necessary because there are people who should not be granted entry – an argument opposed by many who support welcoming migration policies and free movement.

Observers say to ignore the real risk that also comes with the mass movement of people from volatile countries would be just as irresponsible as those who say no migrants or refugees should be allowed in at all.

Charalambidou said that the Moroccan’s case will go to the European Court of Human Rights, “because we had various unsuccessful applications in Cypriot courts”.