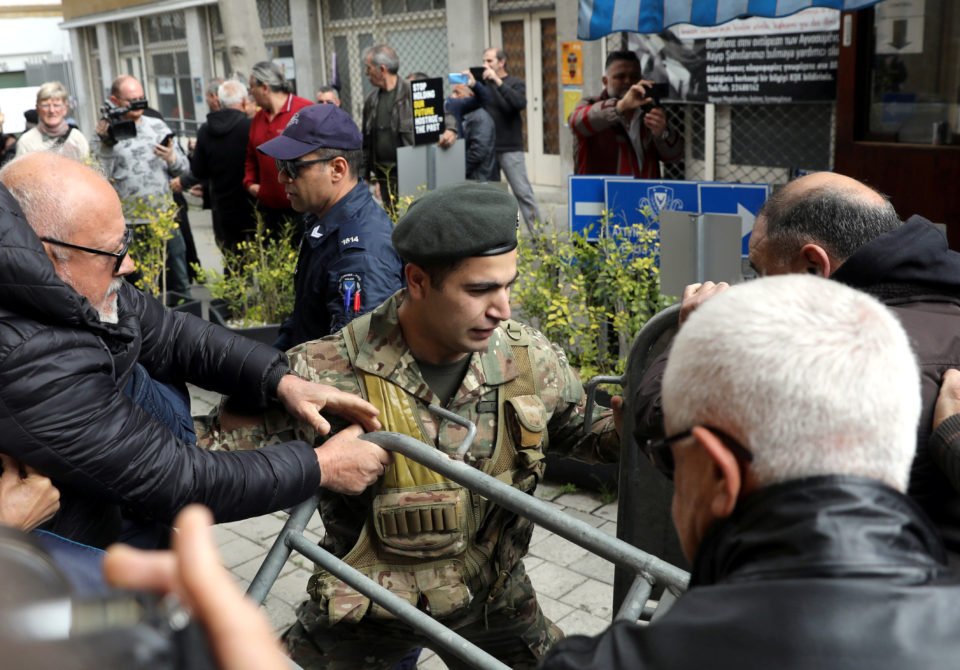 A 55-year-old man was remanded in custody for two days by the Nicosia district court on Sunday after he admitted to pushing a national guardsman during scuffles at the Ledra Street crossing point on Saturday during a protest against its closure by the government over fears of the spread of Covid-19.

He was seen in footage from the event pushing a national guardsman on duty at the scene. The 55-year-old in court however said he had not hit him.

His lawyer did not object to the remand.

According to daily Politis, the man went under his own steam to the police on Saturday night and identified himself as the person in the video. He reportedly also said after he had shoved the soldier he approached him and apologised.

Politis also said the man claimed the video was being circulated for political reasons.

Police spokesman Christos Andreou said other people are still being sought who are believed to have been involved in the incident.

He said police are also investigating a video that appears to show a police officer hitting a demonstrator.

According to a police announcement, police chief Kypros Michaelides expressed his satisfaction with the immediate arrest in the case.

The government on Sunday expressed its sorrow for the attack against the soldier and the way people at the checkpoint acted.

Government spokesman Kyriacos Koushios said the closure of four crossing points was not intended to interfere with movement from one side to another.

He said efforts will be made to reopen them as soon as possible, which is being evaluated on a daily basis. 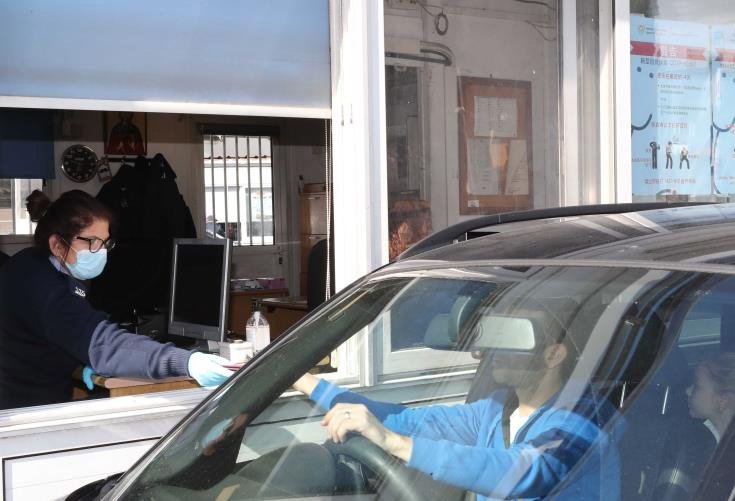 The scuffles broke out when some demonstrators barged through the barricade to the north.

Video footage showed police trying to push a protester back after he removed the barricade. Another grabbed a national guardsman who was also stationed there. The man was only stopped by another, who intervened to break the two apart.

There are laws against all unacceptable acts and they must all be treated objectively, House President Demstris Syllouris said on Sunday morning, speaking in Paphos.

“We are confronting a global threat and in Cyprus we tend to turn things into political issues,” he added, continuing that we must work in cooperation with many other states.

Police spokesman Christos Andreou on Saturday evening said: “Such incidents are unacceptable, and the police will show zero tolerance.”

In a statement on Sunday, main opposition Akel also called the actions of the remanded man unacceptable as were those of the police officer shown hitting another demonstrator.

“However, regardless of these events, the essence of the question remains: The government still has to explain, scientifically, how the closure of the four checkpoints is a measure to deal with coronavirus,” Akel added.

Following such an arbitrary decision, Akel continued “it was foreseeable that political implications would arise on such a sensitive issue. The government has managed to turn a public health issue into a trigger for a divisive, toxic climate not only between the two communities but also within the Greek Cypriot community.”

The scuffles between authorities and protesters broke out around lunchtime at the Ledra Street checkpoint, due to the temporary closure by the government as part of measures to prevent a potential spread of coronavirus.

Scores of people gathered at noon on both sides of the divide to protest. They held placards saying ‘Enough’ and chanted reunification slogans.

Tensions rose as some protesters on the south side of the crossing pushed against the police barricades and shoved their way through officers who attempted to stop them from crossing to the north.

On Sunday Unite Cyprus Now, which organised the protest said that “a single moment of tension between a demonstrator and a young conscript has emerged to demonise the entire peace movement and silence ordinary citizens acting to defend our rights.”

The fact that the man apologised to the soldier and went to the police himself but was still taken into custody shows “the government’s intention is to spread fear among people who are simply demanding that their rights be respected,” it said.

Unite Cyprus Now called for his immediate release and for protection measures to be put in place for him and his family. It also called on the European Commission to intervene immediately to protect the Green Line Regulation, which other media reported it will look into on Monday. Unite Cyprus Now also called on the government to “take responsibility for the chaos it has created and immediately open all the crossings”.

On Friday the government announced it would close four crossing points as of Saturday morning for one week: Ledra Street, Astromeritis, Lefka and Dherynia.

Japan’s crowdless sport: A prelude to a coronavirus-hit Games?