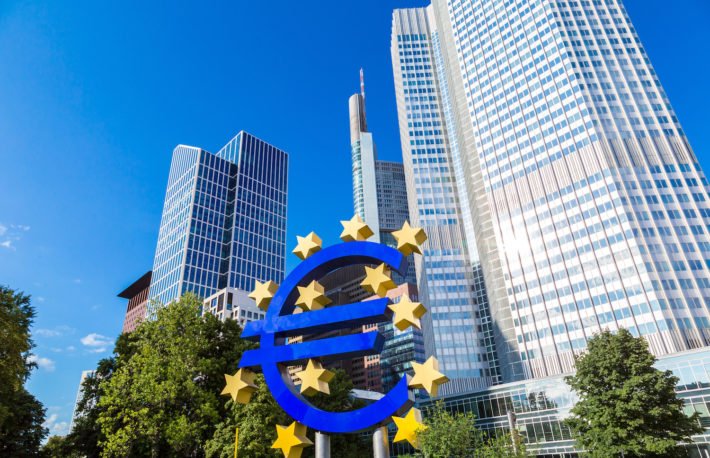 The current situation of ultra-low and negative interest rates in Cyprus has stemmed mainly from the accommodative monetary policies of the European Central Bank (ECB) which in response to the global financial crisis aimed at countering deflationary tendencies by stimulating demand in the euro area. With the annual rate of inflation trending well below its target of close to, but below 2 per cent, the ECB reduced its interest rates; a negative level was reached in June 2014 when the rate on the ECB’s overnight deposit facility was cut to minus 0.4 per cent; this rate was further reduced to minus 0.5 per cent in September 2019 and thereafter has remained at this level.

In continually reducing the rate of interest on its overnight deposits the ECB was reacting to a situation where banks were not lending sufficient amounts to boost the real economies of euro area countries, but were depositing large sums of their excess liquidity at the ECB. And with banks experiencing falling returns on their excess reserves and resultant diminishing profits, banks were pressured to cut their own deposit rates and use their ample liquidity to extend loans at lower interest rates.

Since March 2015 the ECB has engaged in “quantitative easing”, a policy whereby assets, mainly government bonds, are bought from banks, thus providing them with increased funds to on-lend to finance domestic demand. This policy has led to banks being flooded with money from the ECB; simultaneously, the demand for investment-grade bonds by banks has substantially increased, raising bond prices and depressing yields in the process.

In response to ECB accommodative monetary policies and persistently high levels of excess liquidity, Cyprus banks have continually effected reductions in interest rates. The average interest rate for fixed deposits of non-financial corporations (NFCs) has fallen from 4.10 per cent at end-2008 to 0.12 per cent by December 2019; for large deposits say of the Electricity Authority there are negative interest rates levied on such deposits. Loan rates for NFCs have declined from a peak averaging 6.70 per cent in December 2012 to 3.25 per cent by end-2019.

It should be stressed also that banks have reacted to their falling profits caused mainly by squeezed interest rate margins and a substantially reduced loan portfolio by introducing and raising charges and fees on transactions and services provided to their customers.

In theory lower interest rates should induce cash-rich enterprises to reduce their deposits and borrow to finance real productive investments that would raise the economy’s growth.

However, evidence for Cyprus such as the quarterly bank lending surveys of the Central Bank of Cyprus indicate that the loan demand of Cyprus enterprises has not increased in line with the fall in bank loan rates. It is argued that the lack of investment opportunities together with the heavy indebtedness of enterprises have contributed to weak loan demand. In fact, the IMF in their latest report on Cyprus state that “Accommodative monetary policies have eased interest rates for new loans. Nevertheless, pure new credit growth continued to decelerate underscoring the weak demand arising from the continued debt overhang”.

While household consumption has risen at a relatively rapid rate in recent years, falling and very low interest rates do not appear to be an important causal factor. Demand for consumer credit has recorded only a marginal increase since 2014. Furthermore, demand by households for mortgage loans seems to have remained flat in recent years despite considerable falls in housing loan rates.

The relatively steep decline in bank deposit rates does not appear to have induced any mass exodus out of deposits by households; but, with such rates being reduced to virtually zero or below households of late have begun shifting their expiring fixed deposits into current accounts and/or taking cash to their homes.

What should be of concern to policy-makers is that with the event of extremely low interest bank deposit interest rates and even negative rates for large depositors the average citizen has no longer has safe interest-bearing assets to invest in. The younger generation in particular need to hold an asset which enables them to accumulate savings in order to finance house purchases, educate and take care of offspring, and even save for old age.

Ultra-low interest rates and the restoration of its investment grade rating have led the Cyprus government to undertake a number of bond issues aimed at refinancing its debt at reduced costs. For example, last month the government raised 1.75 billion euro through issues of 10 and 20-year bonds priced at yields of 0.734 per cent and 1.330 per cent, respectively, supposedly in order to help finance its debt repayments due in 2020.

However, it could be argued that the government has used the attraction of ultra-low interest rates to over-borrow in the sense that the very large government primary surpluses are not being employed to reduce the relatively high level of government debt, currently estimated at around 22.6 billion euro or 105 per cent of GDP. That is, government policies are not bringing down government debt to sustainable levels as advocated by the European Commission and the IMF. The government is just accumulating excessively large bank deposits with its surpluses and bond issues rather than reducing its debt and/or using its surplus funds to invest in growth-enhancing projects and in raising the quality of its services.

The prospect of any imminent increase in key interest rates seems highly improbable given among other things the slowdown in the growth of the European economy and the uncertainty on the magnitude of the increasingly damaging impact of the Coronavirus on the global economy. If anything, the Federal Reserve Bank in the United States is likely to reduce its base lending rate at its next meeting in March making the ultra-low interest rate environment even more entrenched.

And given the vulnerability of the European economy for a further slowdown and the current ineffectiveness of its accommodative monetary policies in supporting domestic demand there is an urgent need for governments including that of Cyprus to step in with active fiscal policies spearheaded by public investments in creating greener and more technology-advanced economies.

More specifically, for Cyprus banks to restore their profitability and contribute to economic growth they must change their policy priorities and focus primarily on expanding their portfolio of productive loans rather than just cutting costs and raising charges on their customers. They should accelerate their lending to the private sector through participation in joint projects with public sector institutions and take on the financing of other potentially viable projects following the conduct of competent project evaluation and risk analysis. But banks and public sector institutions do not appear to have the competence to directly undertake such lending operations. An alternative, which has been proposed by Savvakis Savvides and myself, would be to set up a Development Bank to undertake evaluations and the arranging of financing for large scale projects. Initially, banks could use some of their excess liquidity to help capitalise the new institution and subsequently participate in partly financing potentially viable projects appraised and recommended by this new bank.

It is noted that in the past, savings deposited in banks have constituted the main source of funding for financing investment projects necessary to help sustain economic growth. Thus banks will need to come up with new products incentivising savings in deposits, enabling in particular the younger generation to accumulate safely funds to finance future large expenditures such as a house purchase. And the government can help as well by removing or reducing substantially the defence tax of 30 per cent on interest income.