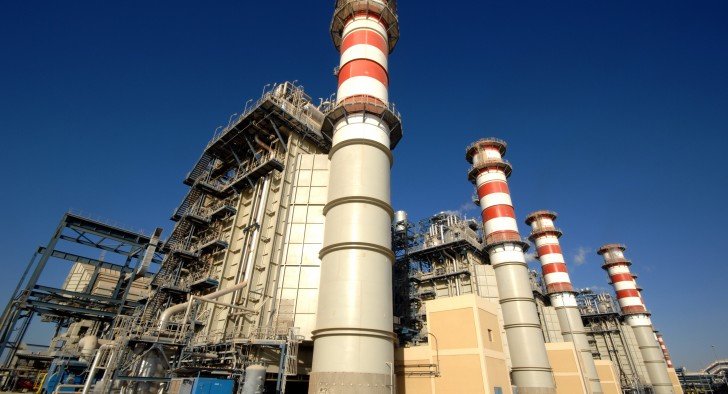 Zohr reached a production level of 76.5 million cubic metres day at the end of 2019

After a highly successful 2019, Egypt and the East Med face several challenges

Egypt had another successful year in 2019 and this was showcased at the country’s annual petroleum show, EGYPS-2020, held mid-February in Cairo.

But 2020 is turning out to be a pivotal, but challenging, year for the oil and natural gas industries worldwide and Egypt and the East Med are not immune to it.

Opening the conference, Petroleum Minister Tarek El Molla highlighted the successes of 2019, with the oil and gas sector contributing 25 per cent to Egypt’s gross domestic product.

A total of 29 international agreements were signed during EGYPS-2020, reflecting the great potential and promising opportunities of the Egyptian petroleum sector.

ExxonMobil continued strengthening its interest in the East Med. Following earlier acquisition of offshore exploration blocks in Cyprus, Greece and Egypt, during EGYPS-2020 it signed a deal for another block offshore Egypt.

Two days after EGYPS-2020, agreements were signed with Shell, Chevron, BP, Total and ExxonMobil, for deep-water exploration in the western part of Egypt’s Mediterranean EEZ. These are the first such agreements in a new promising region, WestMed, with drilling expected to begin next year.

During 2019 Egypt made 15 new natural gas discoveries. Even though mostly small, they add to the country’s proven gas reserves.

Activity continues unabated in 2020, with Egypt hoping to sign 17 new exploration agreements. There are also plans to drill 86 wells.

Egypt’s largest gas-field Zohr reached a production level of 76.5million cubic metres (mcm)/day at the end of 2019. Development has now been completed, and Eni, the field-operator, has said production should reach 90.6mcm/day by the end of this year.

This, and development of other smaller gas-fields, helped Egypt achieve a record 204mcm/day gas production by December, achieving a surplus of about 28mcn/day that fed LNG exports.

BP and its partner DEA hope to add to this with completion of phase-3 of its West Nile Delta project by the end of the year, which should add 40mcm/day – a major boost to Egypt’s gas production.

With these developments and domestic consumption expected to reach 197mcm/day during the FY2019-2020, Egypt expects to have close to 15bcm surplus gas production available for export.

Over 60 per cent of natural gas is consumed by the country’s electricity sector, with the remainder consumed by industry, transport and households. With plans to provide up to 42 per cent of electricity through renewables by 2035, the vastly increased efficiency of the new Siemens power plants and the likelihood of more gas discoveries over the same period, surplus gas production looks like becoming a longer-term feature.

The measures taken by the Egyptian government to reform the energy sector and reduce fuel subsidies are having a positive effect in reigning-in previously rampant increases in energy consumption. The country’s total consumption of natural gas and petroleum products decreased by 3.1 per cent in 2019 in comparison to 2018.

Egypt aims to become a regional energy trading hub, especially for trading oil, gas and LNG. This was assisted by the resumption of gas exports to Jordan and boosted further by the commencement of gas flows from Israel to Egypt in January, as part of an export deal involving 85bcm of gas over a 15-year period from Israel’s Leviathan and Tamar gas-fields.

The biggest challenge to Egypt’s hub aspiration and to gas exports from the region in general, comes from the fast-developing global gas glut, brought about by booming US LNG exports and a drop in Chinese demand, that has brought prices down to unprecedentedly low levels and threaten LNG trading worldwide – now exacerbated by the coronavirus. A number of new LNG projects around the world from the US, Canada, Qatar, Russia, Mozambique and Nigeria is expected to lead to an even bigger oversupply later this decade.

There are signs that this global gas glut is not just another cycle, but it is due to plentiful shale gas and the inexorable increase in the use of renewables displacing fossil fuels.

Even though LNG prices are likely to recover later in the year from their current lows, most international analysts and experts expect that global gas and LNG markets will remain “lower-for-longer”.

As a result of low market prices – that do not even match the cost of production – Egypt’s LNG exports were dramatically reduced during the last quarter of 2019. This is continuing to be the case, with 2020 expected to be even more challenging due to plunging global gas prices.

Unable to export its LNG and with the domestic gas market saturated and unable to absorb the current surplus, EGAS has been forced to cut Zohr gas production down to 68mcm/day from its current production capacity of 85mcm/day, as well as reducing production from other gas-fields. And that while importing more expensive Israeli gas, reported to cost more than $6/mmbtu on delivery.

With Europe planning to go green through its forthcoming Green Deal, impacting future demand for unabated gas, Egypt will need to look to Asian markets for future LNG exports, but even these are becoming highly competitive.

Remarkably, not only Egypt has not heeded the message, but it has not got through to Israel and Cyprus, who do not appear to be at all concerned with these developments, holding onto plans and projects now being completely overtaken by global markets and events.

East Med gas and LNG is too expensive – with break-even costs being too high – to compete with low break-even-cost LNG from Qatar, Australia and Russia and it will be facing headwinds now and in the future. With shale gas, and especially associated shale gas, priced at very low levels, plentiful US LNG is also on the hunt for markets.

Unless monetised soon, any future exports from the East Med region are likely to be limited and even then they must be low-priced – with profit margins largely eroded – to make any inroads in what is becoming a highly competitive market globally. Finding gas appears to be easier than selling it.

East Med countries should take a realistic view on their offshore gas wealth, and dreaming about a major multibillion treasure trove may not be realistic anymore. Regional markets, including the Middle East, may offer potential for exports, but not for long.

Everton and United play out draw, Wolves win at Spurs