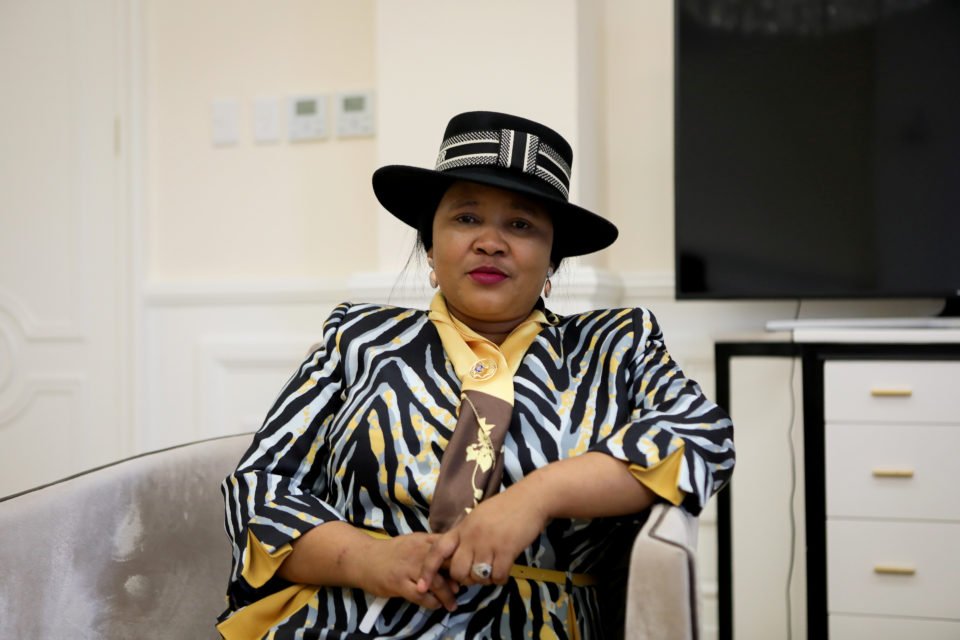 First there was ‘Macbeth’, the Shakespeare play (1606). It’s a bloody play even by Shakespeare’s demanding standards, with Lady Macbeth as the chief inciter to violence.

Then there’s ‘Lady Macbeth of Mtsensk’, a short novel by Nikolai Leskov (1865) that was later turned into an opera by Shostakovich. This Lady Macbeth is called Katerina, and she murders first her father-in-law, then her husband, then his nephew and heir, and finally her lover’s next mistress. Industrious to a fault, you could say.

And in 2020 we have Lady Macbeth of Maseru, the unpretentious capital of Lesotho. Maesaiah Thabane, wife of Prime Minister Thomas Thabane and therefore First Lady of Lesotho, is charged with ordering the murder of his previous wife three years ago, and he’s accused of being her accomplice. She is, of course, half his age. She’s 42; the prime minister is 80.

I have had several dear Basotho friends since I was a teenager and have visited the country at intervals for most of my adult life, but I must admit it’s a puzzling place. There is no white settler minority, and it has none of the tribal rivalries that cripple so many other African countries. It should be better than it is.

Everybody is descended from Sesotho-speaking refugees who held out in its mountains against the Zulu armies during the Lifaqane of the early 1800s. It’s poor, like many mountainous countries – 16th-century Switzerland sent its young men abroad as mercenaries; modern Lesotho sends them to South Africa’s gold mines – but it’s pretty equal.

So why has it got a very high murder rate, and why are its politics so vicious? It’s a democracy, but its modern history is strewn with coups, attempted coups and even military interventions to quell the fighting by South Africa (whose territory completely surrounds Lesotho). Now the prime minister and his wife both stand accused of murder.

The killing actually happened in 2017, just before Tom Thabane began his second term as prime minister, but the story goes back to 2012, when he began divorce proceedings against his wife, 58-year-old Lipolelo Thabane. She fought the case, so he just moved his girlfriend, Maesaiah Ramoholi (as she was then known), into the prime ministerial residence and began treating her as the First Lady.

Now it was Maesaiah who accompanied Thabane on state occasions and received the official financial support a First Lady is entitled to – until Lipolelo won a court case in 2015 that acknowledged that she was still the First Lady and entitled to that money.

This judgement made no practical difference at the time, since it was issued just as Tom Thabane lost the prime ministership in one of the games of musical chairs that pass for politics in Lesotho. But in the next round of the game, in 2017, Thabane emerged as prime minister again, and suddenly that court decision mattered a lot.

Lipolelo was going to be First Lady again, receiving the honours and the money that Maesaiah thought should be hers. Two days before Thabane’s re-inauguration as prime minister, however, Lipolelo was shot to death on the dirt road leading to her house outside Maseru. A family friend who was also in her car escaped with several bullet wounds, but she could not identify the attackers.

Regrettably, attacks like this are not unknown in Lesotho, so the public (with some misgivings) accepted it as just another unresolved tragedy. Two months after Thabane took office again, Maesaiah became the new Mrs Thabane and Lesotho’s new First Lady in a wedding in Maseru’s stadium. However, Lesotho’s police quietly continued their investigation.

Eventually they found something interesting. Two months ago Police Commissioner Holomo Molibeli sent a letter to the prime minister whose key sentence read: “The investigations reveal that there was a telephonic communication at the scene of the crime in question… with another cell phone. The cell phone number belongs to you.”

Okay, give him a break. Thabane is 80, and he didn’t realise that he should be using a burner for this kind of call. Or Maesaiah didn’t. Whatever. But there it is: the fat is now officially in the fire.

Maesaiah fled to South Africa when an arrest warrant was issued for her in January, but eventually came back and was officially charged. Tom Thabane also went to South Africa to avoid a court appearance, allegedly for ‘medical reasons’, but appeared in court last Monday and claimed that as prime minister he has legal immunity from any criminal charge.

That’s questionable. The king, Letsie III, certainly has immunity, but Thabane’s claim will have to go to the High Court. Maesaiah’s trial will probably have to wait until that is decided.

Just another heart-warming story of everyday folks in Lesotho politics – but at least the rule of law still prevails.