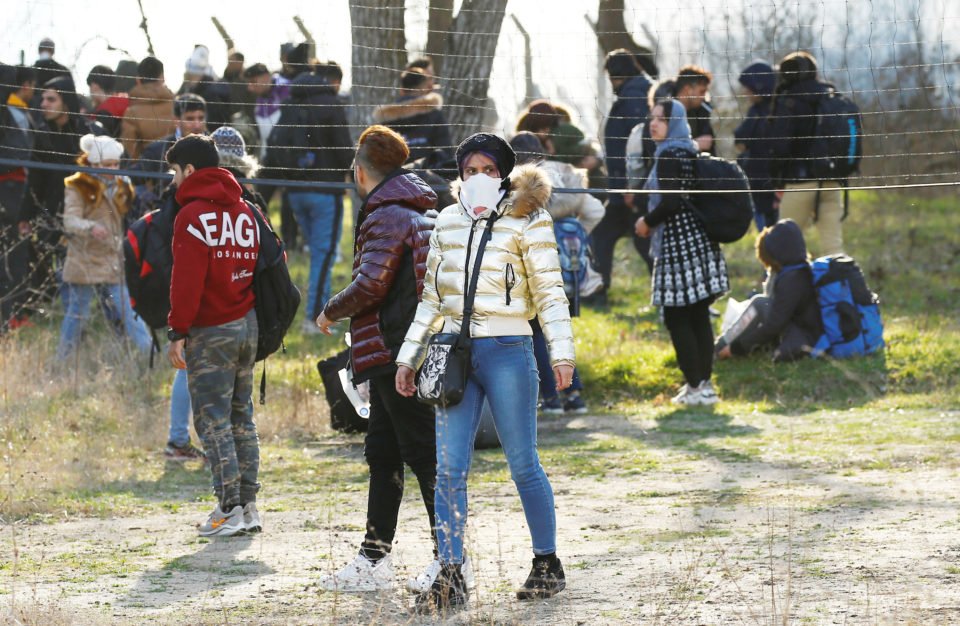 A war of words between Ankara and Athens over the migrant crisis escalated on Tuesday when Turkey’s foreign minister said without providing evidence that Greek soldiers had killed three migrants attempting to enter the country, a claim denied by Greece.

Turkey, alarmed by the prospect of another wave of refugees fleeing war in northwest Syria, said last week it will no longer uphold a 2016 deal with the European Union to keep hundreds of thousands of migrants on its soil in return for aid money.

Since then, about 10,000 migrants – mostly from Syria, other Middle Eastern states and Afghanistan – have reached Turkey’s land borders with EU states Greece and Bulgaria. Greek security forces have used tear gas to stop them crossing.

“We have been seeing that they (Greek forces) are shooting at the migrants, three migrants were killed. They are shooting them in the back as they are running away,” Turkish Foreign Minister Mevlut Cavusoglu told a news conference in Ankara alongside his British counterpart.

He provided no evidence for the assertions. On Monday, Turkish President Tayyip Erdogan said Greek forces had killed two migrants and wounded a third one, something Greece angrily denied.

“We dismissed this as misinformation yesterday via our government spokesman. How can there be a third fatality when there weren’t any at all yesterday?” a Greek foreign ministry spokesman said on Tuesday.

Separately, a Turkish security official told Reuters that a Syrian migrant had died while being transferred to a hospital in Turkey’s Edirne province near the Greece border. An initial examination showed his body had bullet and rubber pellet marks, the source said.

Turkey, which already hosts 3.6 million refugees from Syria‘s civil war and faces another big influx after an escalation of fighting in Syria‘s Idlib region, has said it cannot take in any more migrants.

Cavusoglu also accused Greek security forces on Tuesday of “distributing hunting guns to farmers at the border” to target the migrants. He did not give evidence for the claim.

Turkish authorities have said that more than 130,000 migrants left Turkey from Edirne to cross to Greece as of Tuesday morning.

Laptops at CES 2020: A glimpse into the future

Majority of Cypriots concerned about environment and climate… in theory