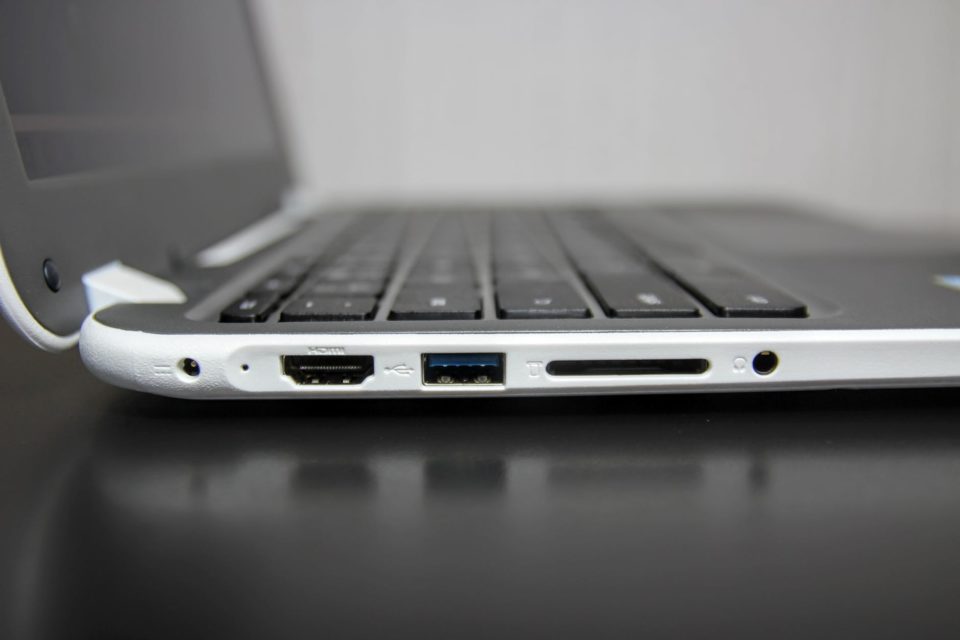 The future is bright thanks to laptops with cutting edge designs and the introduction of 5G technology in laptops. Upgrades featuring ultraportable devices indicates where the industry is headed.

The devices at the CES were mesmerizing and included futuristic concepts that could go to commercial production soon. If you’d like to read a detailed review of the laptops at CES 2020, the comprehensive review at full version has you covered. Otherwise, read on to find out more about the laptops presented during the recent event.

Gaming laptops just got better for enthusiasts looking for silky smooth experience. MSI introduced one of the ultrahigh refresh rates laptop at CES 2020: the MSI GS66. The key feature on the laptop is its 300Hz Full-HD display and the design has been changed slightly to have top mounted speakers and a black chassis. Another great feature is the newly-introduced 99.9 watt-hour battery which can counter the battery issues faced by previous models.

The latest addition to the Legion gaming series is the Y740S which was unveiled during the CES 2020. This device is expected to be the thinnest and lightest gaming laptop manufactured by Lenovo. Besides being praised as a sleek gaming laptop, its compatibility with BootStation GPU box is outstanding. For hardcore gamers, this means that youll be able to expand the inbuilt GPU for demanding games.

When open, the ThinkBook Plus’s appearance is similar to normal business laptops but it’s not. It features a secondary 10.8inch e-ink display mounted on its back cover. The e-ink display can be used to read PDFs, make and receive Skype calls, and read eBooks. Most importantly, you can make handwritten notes with a stylus and your notes will sync with Microsoft OneNote automatically.

Dell did a makeover to the already popular XPS to create the XPS 13 presented at CES 2020. The device appears bezelless courtesy of Delly InfinityEdge design. It comes with a 13.4-inch screen with a 16:10 aspect ratio in a chassis normally used in 11-inch laptops. The keypad and touchpad are bigger offering more comfort. With the bottom bezel redesigned, the lid looks like it’s a complete screen on a device featuring the most-recent mobile technology.

Lenovo has introduced Lenovo Yoga 5G which is the first 5G-enabled laptop to appear in the US. The device is potentially compatible with 5G carriers in the US although 5G carriers are yet to appear. It features an 8cx processor by Qualcomm which delivers more CPU power and boosts graphics performance.

Dell showed off its new Concept Ori laptop and demonstrated a couple of its uses. The laptop folds like a book and the crease is barely noticeable. While it can be used as an eBook and various multi-tasking functions, Dell didn’t reveal much details about the specifications of the device.
If this design goes beyond the concept phase, it’ll probably have a keyboard attachment. Now that Microsoft is working on a version of Microsoft 10 that supports double displays, the Ori is going to be an exciting device for video editing and entertainment.

Lenovo has done a great job at improving its prototype into an impressive foldable laptop that runs on a custom Windows 10. The Lenovo X1 Fold folds at the center and features a detachable keyboard adding more functionality.

When unfolded, the X1 has a screen size of 13.3 inches and this is identical with the screen size on most ultraportable laptops. Its chassis is much sturdier which stamps Thinkpad’s reputation as a reliable option.

Acer ConceptD
Acer introduced the ConceptD Ezel which is ideal for professionals. It features a flexible display that easily transforms into a huge floating sketchpad. With this laptop, you can stack the screen on top of this laptop. The feature also lets you rotate the screen or move it to conceal a large part of the keyboard while resting on its base.
If you want to use it as a giant tablet, just flatten it to the back. It also comes with a stylus docked at the base meaning you can use the device to draw while on the move. If you are a heavy user, Acer has designed a Pro version which packs more power for maximum productivity.

Samsung has raised the bar by introducing the Samsung Galaxy ChromeBook which is the worlds’ thinnest. Ideally, it’s in a class of its own. It’s the first of ChromeBooks with AMOLED display and 10th Gen. processors from Intel. The display is exceptional and produces detailed images with vivid colors.

Lenovo Ducati 5
In a bold move, Lenovo has partnered with Ducati to design a super fast laptop mimicking the super bikes by the Italian manufacturer. Lenovo Ducati 5 at the CES 2020 features honeycomb vents, a sleek red strip on the left, and a 14-inch display. The impressive 1080p display laptop is a limited edition with only 12,000 samples expected in production.

As observed from the various upgrades and concepts at CES 2020, laptops are moving towards more portability and cutting edge technology features in their design. Ease of use and connectivity in everyday laptops is becoming the mainstream standard. Find out more about the best laptops for your needs and be sure to check out our other laptop focused content over at NetBookNews.

Lesbos, once a Nobel peace contender, hardens its heart against migrants