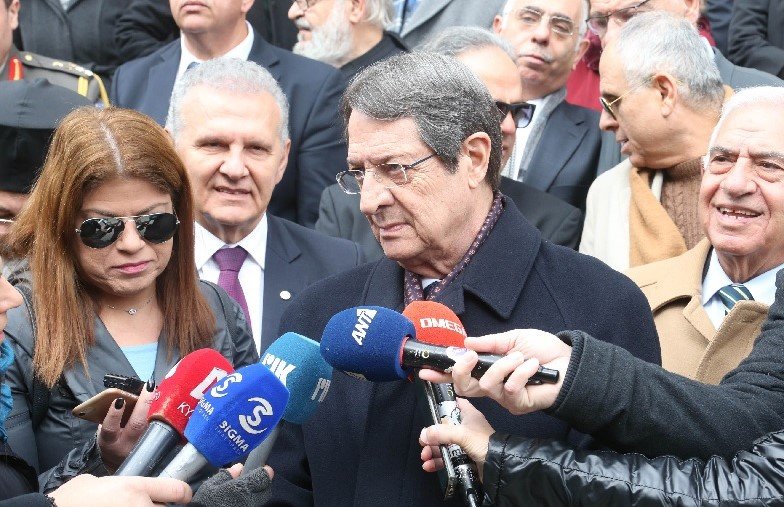 The negative reactions to the temporary closure of four crossing points due to the threat posed by the coronavirus was unjustified, President Nicos Anastasiades said on Tuesday in the face of an ongoing backlash over the government’s decision which went into effect on Saturday morning.

The Turkish Cypriot side had urged Anastasiades to re-evaluate his decision to shut four crossings for seven days – those of Ledra Street, Astromeritis, Lefka and Dherynia – ostensibly to stop any potential spread of the coronavirus. The closure has caused a backlash and protests against the government including scuffles along the Ledra Street barricade on Saturday, resulting in one arrest.

It has even been suggested by detractors of the move that the closing of the four crossings was a violation of the 2004 EU Green Line Regulation designed to facilitate trade between the two sides in Cyprus though Brussels made it clear on Tuesday that it was not.

“When decisions are taken clearly to protect the whole of the population of the Republic of Cyprus, Greek Cypriots or Turkish Cypriots, severe reactions are not justified,” Anastasiades said in written statement.

He said when some decisions involve a political aspect, there might be some justification for certain reactions but in this case there were none, he said. It was purely an issue of public health islandwide.

“However, it is the democratic right of everyone to express themselves in a way that they believe expresses their feelings,” he added.

The European Commission said it had been notified by Cyprus of the temporary closure, an official said on Tuesday.

According to the EU official however, “under the Green Line Regulation, the authorities of the Republic of Cyprus shall carry out checks on all persons crossing the Green Line with the aim, inter alia, of preventing any threat to public security or public policy.

“The Commission will continue to monitor the situation carefully to ensure that any temporary closures and the conduct of any health checks are proportionate and compatible with the Green Line Regulation,” the official added.

Ruling Disy backed the president’s move and “the clear position” that there was no political motive behind the decision to close some of the crossings temporarily. Party leader Averof Neophytou also condemned the assault on a national guardsman at the closed Ledra Street crossing on Saturday as the protester tried to barge through the barricades to get to the north. One man is facing assault charges over the incident.

“The government has a clear position that this is an extraordinary measure related to an extraordinary health-related risk and had nothing to do with any political connotation or aspect,” he said.

Asked whether he thought closing four of the crossings was a step too far, Neophytou said: “I do not know the facts that were before the cabinet, so we could not express an opinion”.

Opposition Akel however, which has been vocal over the closures, on Tuesday said the government’s actions were breeding “unacceptable racist and fascist behaviours” and called on the presidency to produce the scientific evidence to prove its actions were justified. Far-right Elam last week claimed credit for the closure of the crossings, saying the president had listened and acted on their concerns.

“There are many and justified question marks,” Akel leader Andros Kyprianou said on Tuesday, adding that people, including the Turkish Cypriots, were right to ask how closing four crossings and leaving the remaining three open was helping to prevent the arrival of coronavirus, especially as the island’s ports and airports remained open.

“The government suddenly made this decision without consulting the political parties and without first talking to the Turkish Cypriot leader,” Kyprianou added.

The Akel leader did condemn the incidents that occurred during the demonstration on Saturday but “at the same time, no one can waive a person’s right to protest,” he added.