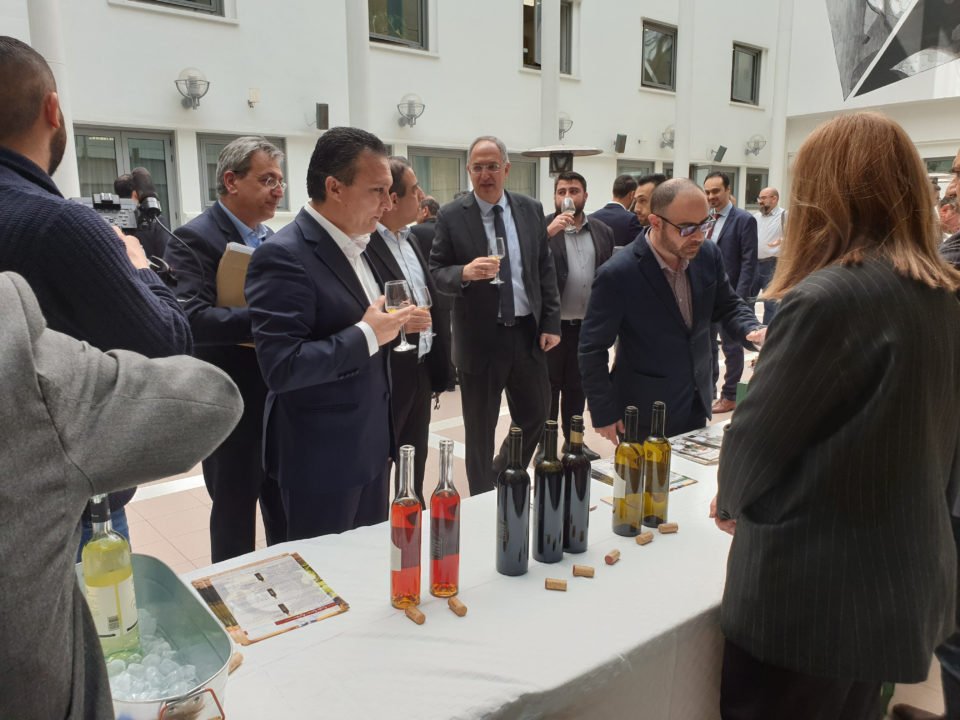 Wine tasting in the House on Tuesday

Local winemakers on Tuesday called on authorities to help them better promote their products, as it emerged that imports outstrip exports by a factor of 10.

At the House agriculture committee, MPs heard that in 2018 exports of Cypriot wines came to just €2.5m, compared to imports worth €25.5m.

Committee chair Andreas Kafkalias spoke of a disappointing state of affairs, given the steadily improving quality of the local product.

At the same time, Cyprus is importing foreign wines, often of questionable quality.

MPs called for better branding and market placement, such as giving local products more prominent positioning in airports and restaurants.

The Greens said the government can help by amending current legislation. Whereas the law mandates that products must indicate the place of bottling, it does not likewise mandate indicating the provenance of the contents.

This left open the possibility that Cypriot businesses are buying wine from overseas and then bottling it here, passing it off as a local product.

Stavros Hadjikyriacos, a winemaker, appeared to confirm this practice.

Requiring that bottles feature a Produce of Cyprus trademark would help get around the problem.

“It is a shame that we Cypriots do not prefer our own goods and unfortunately reward foreign products,” he said.

Hadjikyriacos cited figures from Sodap – a wineries cooperative – according to which some five million litres of wine remain in vats, unsold.

Prior to the start of the committee, MPs engaged in some wine tasting of local products in the House patio.