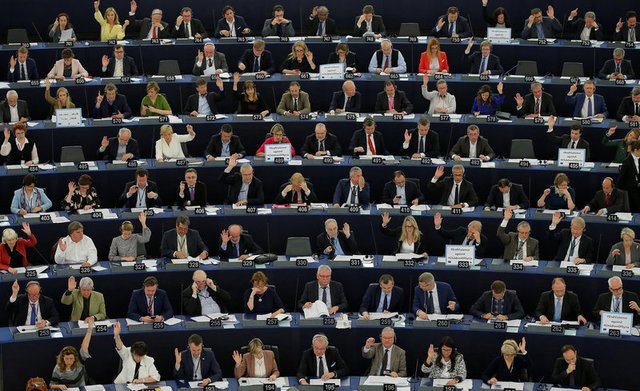 Disy’s MEPs said on Wednesday they were not convinced by moves from Akel colleagues at the European Parlaiment to submit an urgent question to the European Commission on whether it was notified by the Republic of Cyprus about the decision to temporarily close four crossings.

Disy’s Lefteris Christoforou and Loucas Fourlas called on Akel not to transfer its opposition tactics to the European Parliament and harm “the hard battles to stifle Turkey’s provocative aggression.”

They were referring to the question submitted by Akel MEPs Niyazi Kizilyurek and Giorgos Georgiou to the European Commission on whether it was notified by the Republic of Cyprus about the decision to temporarily close four crossings to the north and what was its response.

Kizilyurek and Georgiou said in a written statement that they submitted an urgent question to the European Commission on the closure of the four crossing points: Ledra Street, Astromeritis, Dherynia, and Lefka.

They said that the Republic unilaterally decided last Friday to temporarily close four crossing points as a measure against the spread of Covid-19, “which makes crossing very difficult and upsets the people, both Greek Cypriots and Turkish Cypriots.”

Citing the EU’s 2004 Green Line Regulation’s terms under which persons and goods can cross between the two sides, the MEPs asked the Commission whether it had been notified about this decision, and if it examined “the compatibility of the decision to the letter and the spirit of the Regulation.”

Christoforou and Fourlas expressed their disappointment and “complete opposition” to this move by the Akel MEPs, because “they basically denounce the Republic of Cyprus for its decision to temporarily close certain crossings.”

They said this measure was taken for purely preventive reasons as part of efforts to prevent the spread of the coronavirus.

“Unfortunately, the content of the question misleads the European institutions and misleads the EU about the real problem that has been plaguing our country for 46 years, the continued illegal occupation and violation of the human rights of Cypriot citizens,” Disy’s MEPs said.

They also said that while their Akel colleagues complain over the measure taken by the Republic of Cyprus, they failed to show the same sensitivity to the strict measures taken on the ban on visitors to the European Parliament as protection against the coronavirus.

“For these measures of the European Parliament, of which we are all affected, Akel’s fellow MEPs have kept silent and have not reacted, thus revealing the clear expediency behind their action,” the Disy MEPs said.

They added that the sole obstacle to the free movement and application of the human rights of Cyprus’ Greeks was the Turkish occupation.

Akel has strongly criticised the government over its decision to close the crossings, disputing whether the move was solely to prevent the spread of the coronavirus.

An EU official said Tuesday that the Commission had been notified by Cyprus of the temporary closure.

The official also said that the under the Green Line Regulation, the authorities of the Republic of Cyprus “shall carry out checks on all persons crossing the Green Line with the aim, inter alia, of preventing any threat to public security or public policy”.

“The Commission will continue to monitor the situation carefully to ensure that any temporary closures and the conduct of any health checks are proportionate and compatible with the Green Line Regulation,” the official said.

Flammable sprays should not be sold to the public