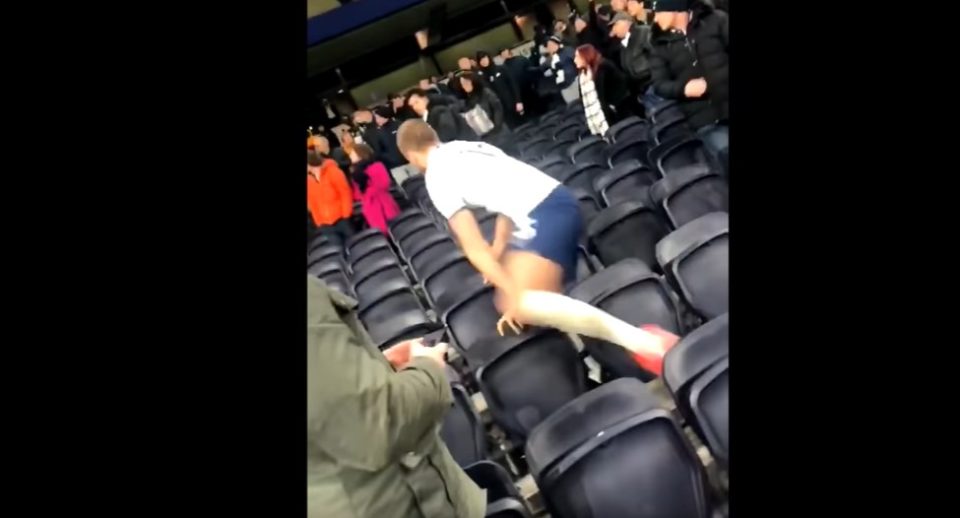 Eric Dier could face a Football Association charge after his altercation with a supporter in the aftermath of Tottenham’s FA Cup defeat to Norwich.

After Spurs were knocked out of the fifth round on penalties, Dier climbed into the lower tier of the West Stand at the Tottenham Hotspur Stadium to confront a supporter who was arguing with his brother.

Tottenham manager Jose Mourinho condemned his player’s action but said he understood why he did it.

The boss is urging his club not to discipline Dier, but the England international is likely to be subject to an FA probe on the matter.

Mourinho said: “I think Eric Dier did something that we professionals cannot do but in these circumstances every one of us would do.

“Because when somebody insults you, and your family is there, and you get involved with the person that is insulting you, in this case a younger brother, I think Eric did what we professionals cannot do.

“But I repeat, probably every one of us would do. I repeat, we professionals we cannot do, but I repeat I am with the player and I understand the player.

“This person insulted Eric, his family was there. The young brother was not happy with the situation and then Eric, I repeat (he) did what we professionals cannot do, but did something that probably we would do.

“If the club does that (give disciplinary action) I will not agree, but he did wrong.”

The incident happened in the area behind the dugouts, which is a corporate section, and Mourinho has criticised it for not housing “real Tottenham fans”.

“The people that are in these privileged positions by the tunnel,” he added.

“Of course some are Tottenham fans but I think a lot of corporate, a lot of invitation, a lot of people with special status and probably it’s the place of the stadium where I sometimes have doubts over if they are the real Tottenham fans because these (real fans) are the ones who support the boys until the last.”

In a bind over Turkey, EU finds money to contain immigration