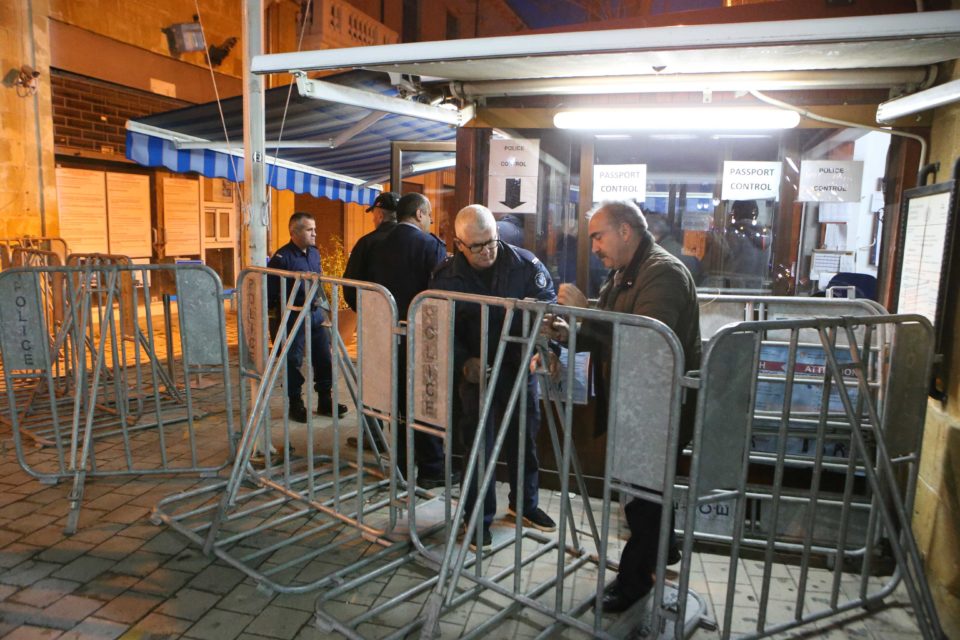 The week-long shuttering of four crossing points is being extended for three extra days, the government said on Thursday but in a rare intervention that was embarrassing for the Greek Cypriot side, the UN in veiled diplomatic language appeared to censure the closures that were implemented last Saturday.

But the presidential palace dug its heels in following the written statement from Unficyp that effectively took the same line as Turkish Cypriot leader Mustafa Akinci who has described the move as a mistake and believes the bicommunal technical committee on health was the way the two sides should have jointly handled the coronavirus threat.

“These are specific measures to prevent the spread of a disease that may develop into a pandemic,” government spokesman Kyriakos Kousios said in response to the Unficyp statement.

Although the UN did not specifically use the word ‘mistake’ in the same way as Akinci, its statement was clear, and came the morning after a meeting Unficyp Chief of Mission Elizabeth Spehar had with Akinci. Unficyp said It was concerned over the “ongoing disruption caused to people on both sides”.

“While the UN supports all effective measures to address any potential public health emergency, it is imperative for the two sides to coordinate closely in order to provide a comprehensive response,” Unficyp said. In this respect, the role of the bicommunal technical committee on health was critical and “should be utilised to the fullest”, it added.

Unficyp said the opening of the crossings since 2003 had allowed Cypriots freedom of movement across the island, contributing to a return to normal conditions and facilitating contact and interaction for those who wished to avail themselves of the opportunity.

“It remains essential that the sides preserve the dialogue and coordination they have displayed in mutually agreeing to the opening of the crossings which have been an important confidence building measure between both communities for the last 17 years,” the statement concluded.

Relations between the two sides have become further strained since the closure of the crossings at Ledra Street, Astromeritis, Lefka and Dherynia from 6am last Saturday for seven days to try and prevent any spread of the coronavirus, Covid-19. Shuttering Ledra Street in particular has caused a huge backlash and protests both for and against reopening the crossings.

The situation was exacerbated this week with the arrival of hundreds of migrants to the island after Turkey allowed refugees to amass on the Greek border and scores headed for Cyprus. President Nicos Anastasiades called Akinci on Wednesday to complain about the influx from the north and suggested publicly that Turkey was deliberately trying to alter the demographic character of Cyprus. Akinci hit back that it was not an intentional move on their part and was because of gaps in the buffer zone.

The decision to keep the crossings closed pending a new review at the end of the additional three days, was announced by Health Minister Constantinos Ioannou following a meeting of the National Council on Thursday, during which he briefed the president and party leaders on the status of the coronavirus, ostensibly the reason the checkpoints were initially closed.

Many believe that was not the real reason however, particularly opposition Akel, whose leader Andros Kyprinou said after the meeting that it was hard to believe the government could not find enough medical personnel and police to screen people crossing over at four checkpoints while five remained open. The fact that he got no straight answer after he queried when the crossings would reopen, added to his concerns, he said. The other main political parties, ruling Disy and centre-right Diko, said they supported the government if the real reason was in the interests of public health.

Kyprianou also said the Greek Cypriot side should be concerned by Unficyp’s statement “criticising our side for the ‘unilateral action’ the government has taken”.

Kousios responded to the Unficyp comments after being inundated by media questions. He insisted that attributing any political dimension to the closures was wrong.

The spokesman said it was the Greek Cypriot side that was calling for new crossings to open, which belied the notion being pedalled that it was trying to shut them down. “Therefore, there is absolutely no political aspect to this issue,” he said.

Attempting to spin the UN announcement in a more positive light, Kousios said the statement had stressed the importance of contacts between the two communities, and in this case the government had acted within the parameters of protecting both communities.

“A responsible government must take precautionary measures. The government has therefore taken specific precautionary measures to protect both communities. I stress, for the umpteenth time that there are five other crossing points. Contact between the two communities or visits from the free areas to the occupied and vice versa has not been severed in any way. We do not consider that the decision impedes the contact between the two communities,” he said.

Pushing him further, another journalist asked the spokesman whether the government viewed Unficyp’s announcement as positive or negative, or would it have been better if the UN had not waded into the spat. Kousios replied: “Unficyp has expressed specific positions recognising the right of the Republic of Cyprus to protect its people on health issues. This is exactly what the Republic of Cyprus has done.”

Pressed still further, Kousios was asked to comment on the fact that the UN statement came the morning after Akinci met Spehar, and whether Anastasiades had prior knowledge such an announcement was coming, the spokesman said: “To my knowledge, no”. However, he did not rule out a possible meeting between Anastasiades and Spehar.