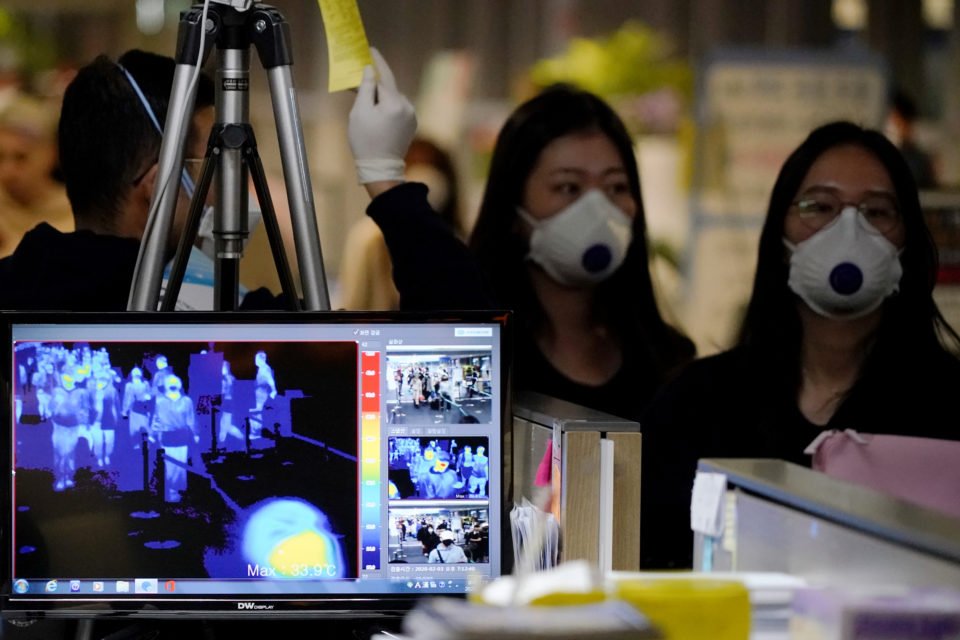 The government has installed thermal cameras at Larnaca and Paphos airports to scan passengers for coronavirus symptoms, but it is not planning to use them at crossing points because they would not be effective, Health Minister Constantinos Ioannou said on Thursday.

“We have installed one thermal camera at Larnaca airport and one at Paphos airport and we had started the bidding process to procure additional thermal cameras to install at checkpoints,” the minister said after briefing the national council on the measures the government was taking to prevent the spread of Covid-19.

However, the European Centre for Disease Control informed the government that using thermal cameras in open air areas, where all crossing points are located, was not recommended because there was a big margin of error of up to two degrees, he added.

“So, we decided not to go ahead with the procurement of additional cameras for the time being,” he said.

Ioannou defended the government’s decision to temporarily close four crossings points to the north, arguing they did not have enough medical staff to carry out effective checks for the virus in all the checkpoints, airports and ports.

He said only one person from the private sector had expressed interest to work at the checkpoints and not many from public hospitals for the overtime work it would entail.

With the number who volunteered, only three checkpoints could have been staffed, he said.

“And it’s not just nurses; there is also a demand for increased police staff. There is an issue there too. It is a crisis and emergency measures are put in place,” he said. “When the emergency with the coronavirus ends and the crossings open, what would the people who accuse us of closing them over something else say?”

He did not rule out asking retired nurses to help out as is being considered in the UK.

Ioannou reiterated that their concern was to protect the health of the entire population in both communities.

“All our actions have this aim.”

The minister said the closure will be reviewed on Monday, noting that the situation everywhere was fluid and changes every hour.

Ioannou said the relevant laboratory had carried out 49 tests by Wednesday and some on Thursday, which were negative.

“We need to have faith in our actions, there is a plethora of data we evaluate in taking the decisions,” he said. “We are dealing with public health and take decisions that are tough and undesirable for some so that we protect public health.”

Of the bicommunal technical committee on health, Ioannou said its role is strictly advisory.

“We take the political decisions, we are responsible for protecting public health, and we will be held accountable if something was not done correctly and not the bicommunal committee.”

Cyprus, he said, has been preparing for the past five weeks to tackle the virus and a plan will be presented on Tuesday on how to deal with a pandemic.

The government has not yet estimated the financial cost the virus would have but at global level experts are speaking of billions, Ioannou said.

“Starting from airlines, Lufthansa announced it was grounding 150 aircraft, another European company has closed yesterday, El Al has cancelled flights to Cyprus, so the effects are beginning to show especially as regards trade with China where factories are closed for a month.”

He warned that Cyprus would take a hit if the epidemic persists, especially in tourism which is a major pillar of the economy.

“The economic effects of this epidemic will be huge if it continues and it seems like it’s continuing,” he said.

Judges say investigation into war crimes in Afghanistan can proceed