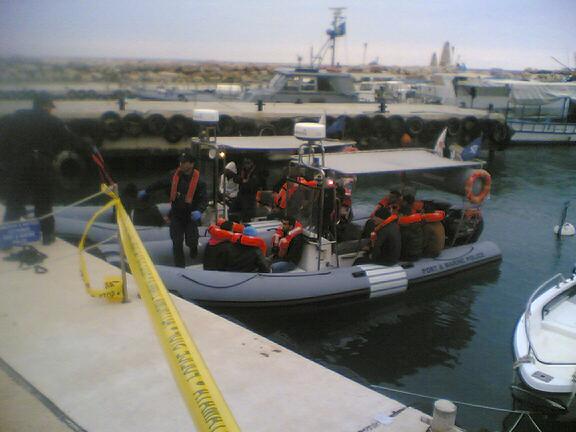 The government said Thursday it will ready a plan of action by early next week to tackle the growing influx of migrants, while the defence minister asked the European Union for support.

The migrant waves featured prominently at a session of the national council, chaired by President Nicos Anastasiades.

Government spokesman Kyriakos Kousios later told reporters the government “considers the flow of migrants a very serious matter, it is a matter of national concern.”

An inter-ministerial committee will be convening on Friday to discuss the issue and make recommendations.

It will meet again on Tuesday, under Anastasiades, to reach formal decisions on the measures to be taken. These decisions would then be submitted to the cabinet.

Meantime the president invited political parties to submit their own suggestions by Monday.

According to UNHCR data, based on information collated from media reports, 859 people arrived in Cyprus since January, 340 of them in the last two weeks. Most hail from African countries, such as Cameroon and Somalia.

Whereas the spokesman did not cite specific measures being considered, it’s understood that they include installing more cameras at points across the Green Line, especially at ‘blind spots’, and extra patrols.

Disy leader Averof Neophytou stressed the urgency of dealing with the issue.

“Unless as a state we take swift and important decisions, within a matter of weeks or months the migration issue could turn into the largest problem facing our country.”

“It pains me to say this, but there are certain people who have turned political asylum into a very lucrative business,” he said.

But most people arriving now appear to be economic migrants, not refugees.

“In our view, the recent surge, and which is expected to increase further, is part of hybrid warfare being waged by Turkey against the Republic, with the obvious aim of disrupting Cypriot society…”

Kyprianou said that in the last few years Cyprus has received some €100m from the EU to deal with migrant waves, plus another €870m from the Cohesion Fund.

“Where have all these millions gone, and why do we lack the proper infrastructures and premises to house refugees”?

Kyprianou noted that, by law, asylum applications should be processed within six months – but in practice it takes three to five years.

Meantime at a meeting of EU defence ministers in Zagreb, Defence Minister Savvas Angelides asked Josep Borrell, the bloc’s foreign policy chief, for assistance on the issue of irregular migration.

Addressing the event, Angelides stated the situation in Cyprus is quite serious, given that asylum applicants currently account for more than 3.5 per cent of the population.