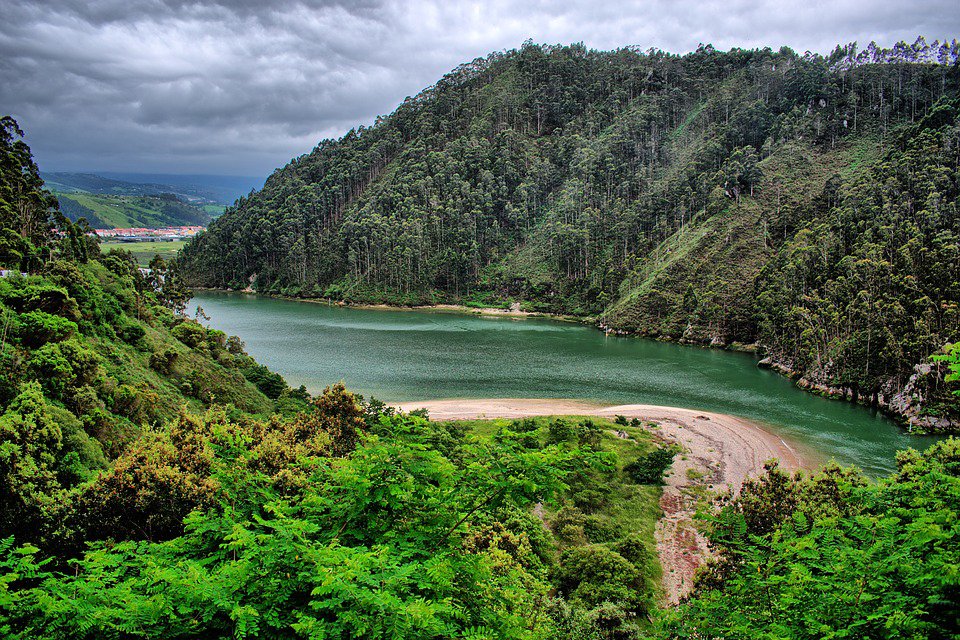 Cantabria. A name that sounds straight out of Tolkein: a wonderland of wicked spirits and fantastical creatures, where spectres thicken the air. And actually that’s not far off. Recognised as an historic region, and with a past spanning thousands of years, this ‘autonomous community’ of northern Spain is saturated with myth and magic… 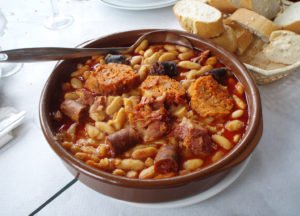 Cantabrian lore turns its forests and mountains into enchanted places, laden with legend. Fabulous beings (the ojáncanos), fantastic animals (culebres and caballucos del), færies (anjanas and the ijanas of Aras), duendes, and a host of anthropomorphic characters such as the sirenuca haunt the higher reaches of Cantabria.

Cantabria’s mountains drop abruptly into a thin coastal strip bordering the Bay of Biscay, barely 10km wide. This shoreline is home to the region’s major towns, including Santander, the capital, with a third of Cantabria’s inhabitants.

Said to be more reserved than their southern counterparts, the people of Cantabria nevertheless enjoy a good fiesta: winter celebrations, flower festivals, folk music fêtes, and carnivals of the sea ensure months of merriment. But in this region, the less festive times are also fun-filled – especially if you’re willing to sample the eclectic local cuisine!

Clams, mussels, pod razors, cockles, crabs, barnacles, crayfish, snails, lobster, and squid; sea bass, hake, scorpion fish, anchovy and sardines all make it onto the local menu, courtesy of the sea. Rabas (fried squid) is the quintessential seafood tapa of the Cantabrian coast. But among the region’s most typical seafood you’ll find hake in green sauce, clam casserole, and sorropotún, a fish stew made from tuna, potatoes, onions, peppers, and tomatoes.

The most notable regional concoction, however, comes not from the sea but the mountains. Cocido montañés is a hearty dish made with dried white beans, collard greens and various bits of pork, including bacon (tocino), pork ribs (costilla), black pudding (morcilla) and sausage (chorizo). The perfect antidote to the cold, wet climate of the mountains, cocido montañés is typically enjoyed as a one-course meal. Heavy, and packed with calories, it’s said to pair perfectly with the region’s favourite drink, a Cantabrian pomace brandy known as orujo.