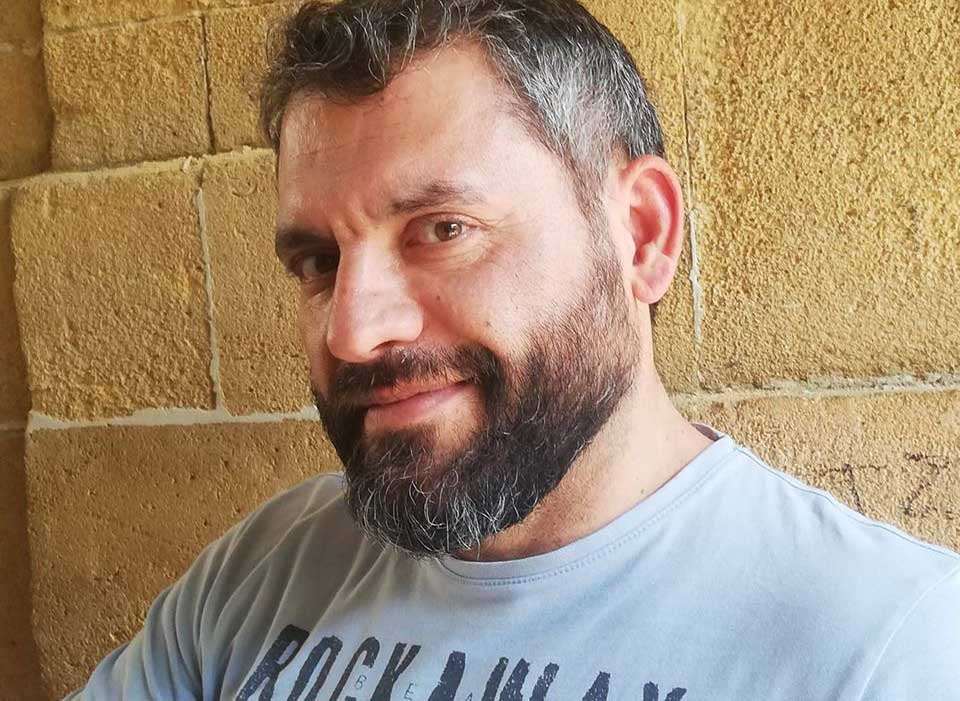 Where do you live?
Avoiding the detailed analysis, I live with some people, somewhere but I would like to live within the old town’s walls.

What did you have for breakfast?
Toast with olive oil and lemon, oregano and Himalayan salt.

Best book ever read?
Salonica, City of Ghosts by Mark Mazower. The story is enlightening and is written responsibly but in a seductive way. It created an unspoken – until today – desire in me to write a completely irrelevant book named Nicosia, city of conceited.

What is always in your fridge?
Pork ham, halloumi and some unsatisfied desires. I take this opportunity to note that tomatoes should be kept out of the fridge

What music are you listening to in the car at the moment?
These days, Monsieur Doumani, Doors, Amy Winehouse, Nicos Portocaloglou, Hadjipieri children songs album and Greek band Trypes are parading in my car. I listen to music based on the circumstances. For example, the other day I was going to Limassol listening to ’13 (and more) floors above the earth, fears and whispers for a hard landing’ gazing at the towers.

What’s your spirit animal?
I tell people that it is the tiger, but honestly it is the Cyprus wheat ear

What are you most proud of?
For my participation in the creation of some organisations and the implementation of civil society’s initiative. The most significant manifestation of this process is the Home for Cooperation.

What movie scene has really stayed with you?
Hannibal Lecter doing the peculiar grimace with his lips implying that he wants something … to eat. It is remarkable how an expression that in itself can be considered funny, with the proper film making and with a masterful interpretation becomes terrifying.

If you could pick anyone at all (alive or dead) to go out for the evening with, who would it be?
I would like to meet Jesus when he was 29 years old. My aim would be to find out more about what he was doing during his absence from the holy scriptures and which are (were) his future plans.

If you could time travel when/where would you go?
To save money and any additional expenses for one more time travel, I will remain in the one era and I will go to meet Apollonius of Tyana.

What is your greatest fear?
Existentially to lose hope. Practically, to lose my phone.

What would you say to your 18-year-old self?
Three pieces of advice:
-Start travelling soon
-Stop using plastic straws
-Bet on Greece during Euro 2004

Name the one thing that would stop you dating someone
If I truly wanted it, a group of motorised infantries. If I didn’t want it, another obligation that came up unexpectedly. If you mean something related to the life and character of the other person then the information that they recently consumed fresh garlic.

If the world is ending in 24 hours what would you do?
I would like to avoid traffic and I would do something innovative (at least for me). So, I would sit at home and go to bed early, leaving the following note “I’m going to sleep and I might wake up a bit late.”

Escape ‘Coronachat’ and ogle the trend for fluffy miniature bags

Sex in times of corona: bed hopping or stopping?