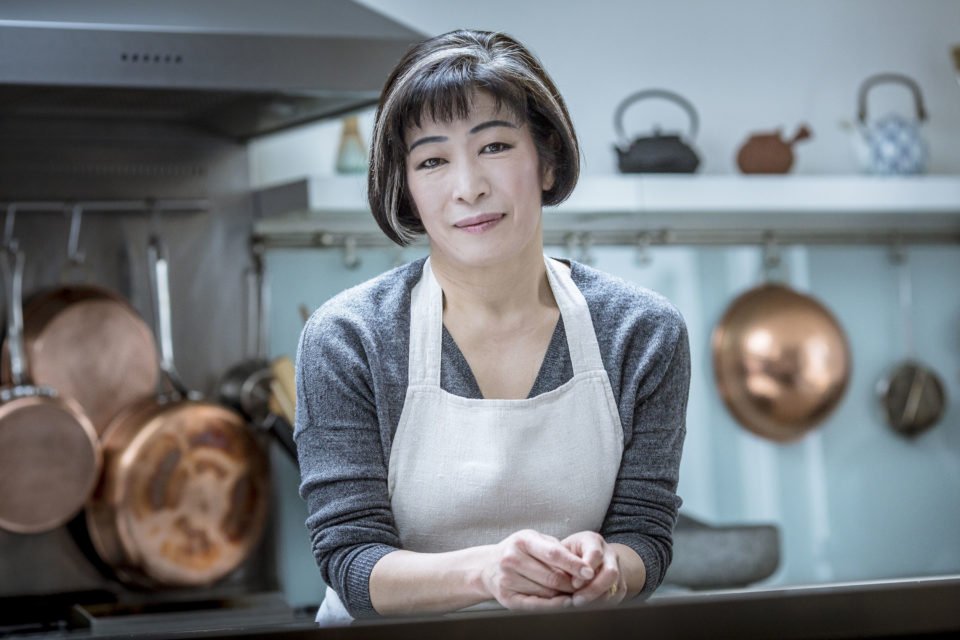 The cherry blossom has always had its petal-hunting pilgrims, but Japan is really having a moment right now. The country is becoming increasingly popular with travellers, and is seemingly the ultimate sporting destination, hosting the Rugby World Cup in 2019, and the Tokyo Olympics this summer.

Back in the West, meanwhile, Japanese cuisine is arguably more prevalent than ever. “I never dreamt of seeing takeaway sushi,” says cook and food writer Kimiko Barber, who has watched the slow diffusion of Japan into the cultural food stream, adding with a laugh: “They’re not that good, compared to what you can get in Japan – but that’s not fair.”

Barber was born in Kobe and moved to England in the early-Seventies as a 15-year-old. “I really ought to thank the dreadful school food which spurred me on to cook,” she says.

Despite later being side-tracked for a while by an investment banking career, Barber had always loved food, having been inspired by three of her grandmothers, each influenced by their homes in Kobe, Kyoto and Shikoku.

She is now celebrating her latest cookbook, Japanese In 7.

A nifty manual for straightforward Japanese dishes, each recipe uses just seven ingredients or fewer, alongside a basic larder of Japanese ingredients.

The key, explains Barber, is that what gives any dish its “identity or nationality – its seasoning”. And there are roughly five “very, very Japanese” seasoning ingredients that can be used to easily add a “Japanesey taste or flavouring”. They are: miso, soy sauce, sake, mirin and rice vinegar. If you have those in the house – and they handily don’t need to be refrigerated, keep for quite a long time, and are found almost everywhere in supermarkets – you’re pretty much set.

Cook the noodles and portion between two warmed bowls. Keep warm. Preheating the bowls is particularly important for this recipe as you need all the retained heat to semi-cook the eggs.

Meanwhile, heat the noodle sauce and mirin in a saucepan with 400ml of water to just below boiling. Pour half a ladleful of hot broth over each noodle mound and keep the rest on a simmer.

If including kamaboko, arrange two slices at the side of the noodles. With the back of a ladle, make a hollowed nest in the centre of the noodles. Crack an egg and gently place the whole egg in the nest and ladle the remaining broth around it, then immediately cover each bowl with cling film to ‘poach’ the egg for one minute. The egg white should turn opaque white from the heat of the broth, but if you prefer the egg more cooked, microwave (800W) for 10-12 seconds.

Remove the cling film, garnish with the chopped spring onion and a sprinkle of shichimi-togarashi, if liked, and serve immediately.

Sift the matcha into a medium-sized bowl and whisk in 200ml of warm water, little by little. Dip half the biscuits, enough to cover the base of a 6-7cm deep, 25cm square dish (about 2L capacity), into the tea – they should be fairly well soaked but not so much that they break up. Arrange in a tightly packed layer in the base of the dish.

Mix the adzuki bean paste with the sake to soften. Spread half the bean paste mixture over the biscuit layer as evenly as possible using the back of a spoon. Then spread half the mascarpone mixture over the adzuki layer. Add another layer of soaked biscuits and then another layer of the remaining adzuki bean paste and mascarpone, smoothing the top layer neatly. Put about a teaspoon of matcha in a small sieve and dust over the top just before serving.

Japanese In 7 by Kimiko Barber is available now

Turkey sees no violations of ceasefire in Syria’s Idlib