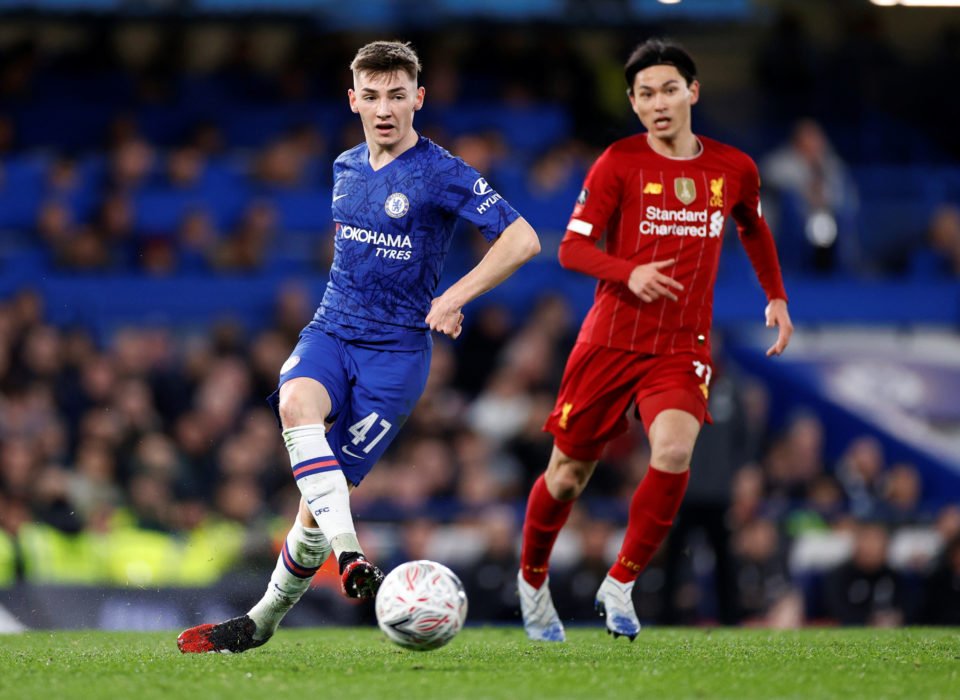 Frank Lampard insists Billy Gilmour will keep his feet on the ground despite the teen midfielder’s star turn against Liverpool.

Scotland youngster Gilmour produced a first-class performance, bossing the play as Chelsea dumped Premier League champions-elect Liverpool out of the FA Cup with a 2-0 win on Tuesday.

Now the 18-year-old could enjoy another start in Sunday’s Premier League clash with Everton, given Chelsea’s lengthy injury list.

The Blues could be without as many as nine regulars when the Toffees pitch up at Stamford Bridge, and Lampard would have no hesitation throwing Gilmour straight back into action.

Asked how Gilmour has been in the wake of his coming-of-age showing against Liverpool, Lampard said: “The same. We had Wednesday off, so I’m sure he enjoyed it. He should do, his family were here for the game.

“He’ll understand it was a very good game for him but that the hard work starts now.

“I think he should quite rightly enjoy the moment, and I’m delighted for him.

“But in terms of how I’ve seen him around the place, it’s the same attitude, same training, same ethics, same quality; so all good.”

Everton will head to west London led by former Chelsea boss Carlo Ancelotti, who steered the Blues to their maiden domestic double in 2010.

The 60-year-old is battling to push the Goodison Park club back up the Premier League table, and Lampard says his former Blues boss will be afforded a warm welcome.

Asked what kind of reception he expects for Ancelotti, Lampard said: “A very good one, he’s very well respected in-house and to the fans.

“We all respect his period at the club. A gentleman, a fantastic manager, I loved working with him personally and he’ll get a great reception.

“He’s a great man-manager, really great on a personal level, great at striking up relationships with the players to try to get the best out of them.

“And he’s someone I really enjoyed working with. We had a very successful year in that first year to win the double and, from then on, I’ve kept in touch with him now and again. And I have huge respect for him.”

A minute with Marios Epaminondas Historian and teacher