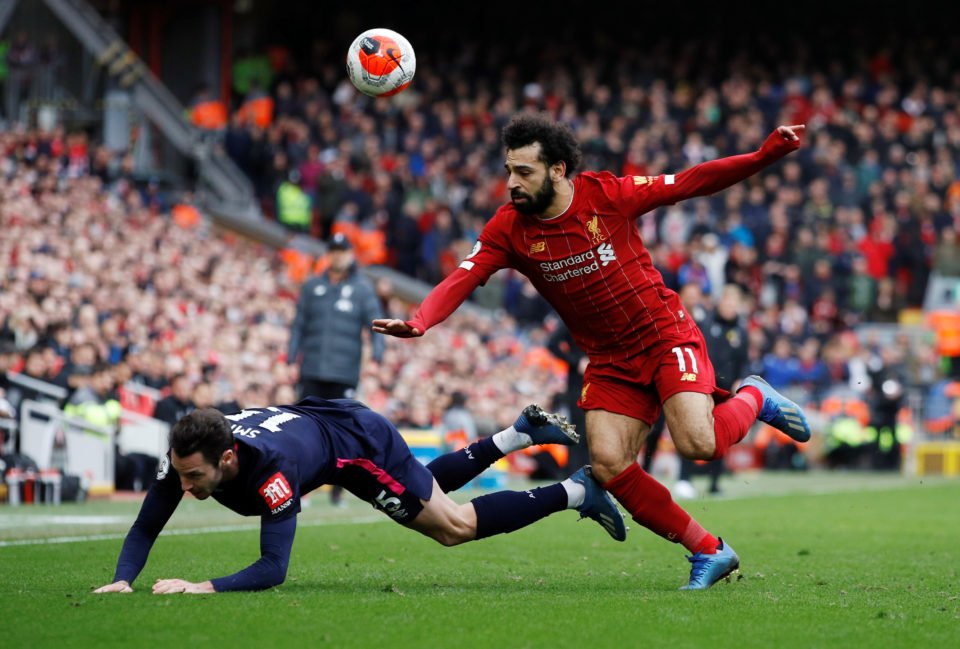 Runaway Premier League leaders Liverpool resumed normal service with an unconvincing 2-1 win over relegation-threatened Bournemouth on Saturday after recovering from an early jolt at Anfield.

Goals in quick succession by Mohamed Salah and Sadio Mane before halftime calmed the jitters after Callum Wilson had given Bournemouth a surprise ninth-minute lead.

It was far from vintage Liverpool, however, and they struggled to finish off a Bournemouth side who could have grabbed late equaliser through Wilson.

Wilson stunned the hosts when he tapped home from close range, although it appeared he had fouled Liverpool defender Joe Gomez in the build-up.

Nathan Ake went close to making it 2-0 with a header but Bournemouth gifted Liverpool an equaliser when Jack Simpson’s poor touch gave the ball to Mane who picked out Salah to score his 70th Premier League goal on his 100th league appearance.