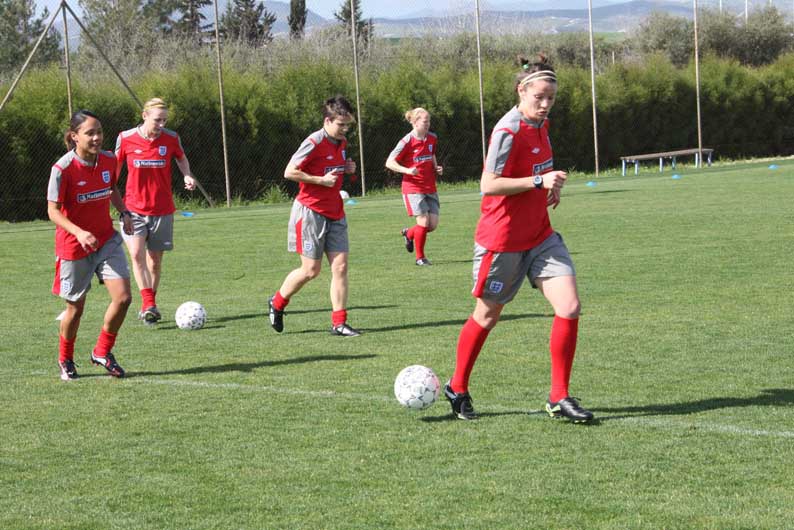 THE Cyprus women’s national football team will refuse to take part in any game following their Euro qualifier against Albania on March 11 if the Cyprus Football Association (CFA) refuses to sit down to a meeting with them regarding equal treatment to the men’s team, and equal pay.

The decision was announced by the president of the Pancyprian Footballers’ Association (Pasp) Spyros Neofytides, who reiterated his support to the cause.

“We are behind our players, especially during difficult times. We will always support them in their fight to improve their working condition, as it will ultimately improve the level of women’s football in Cyprus,” he said during a meeting at the organisation’s headquarters.

“We have contacted the CFA president Giorgos Koumas and we are positive we will be able to organise a meeting between the parties in the next days.”

In November 2019, the CFA, in a controversial move, decided to discipline members of the women’s national team who posed for a picture with the logo of European governing body Uefa’s gender equality campaign drawn on the palms of their hands prior to their game against Finland.

The CFA viewed the protest as “an act of unethical behaviour that has left the association exposed” though the association faced heavy backlash at the time for its own stance on the issue.

Following the CFA’s stand, FIFPro, the worldwide representative organisation for professional footballers, urged the CFA no to take any measures against the team, a request that was eventually successful.

Since then, however, gender equality in football has been a hot topic for Pasp and the women’s national team, hence the request of an official meeting with the CFA.

Oil takes biggest daily dive in over a decade as Russia, OPEC split