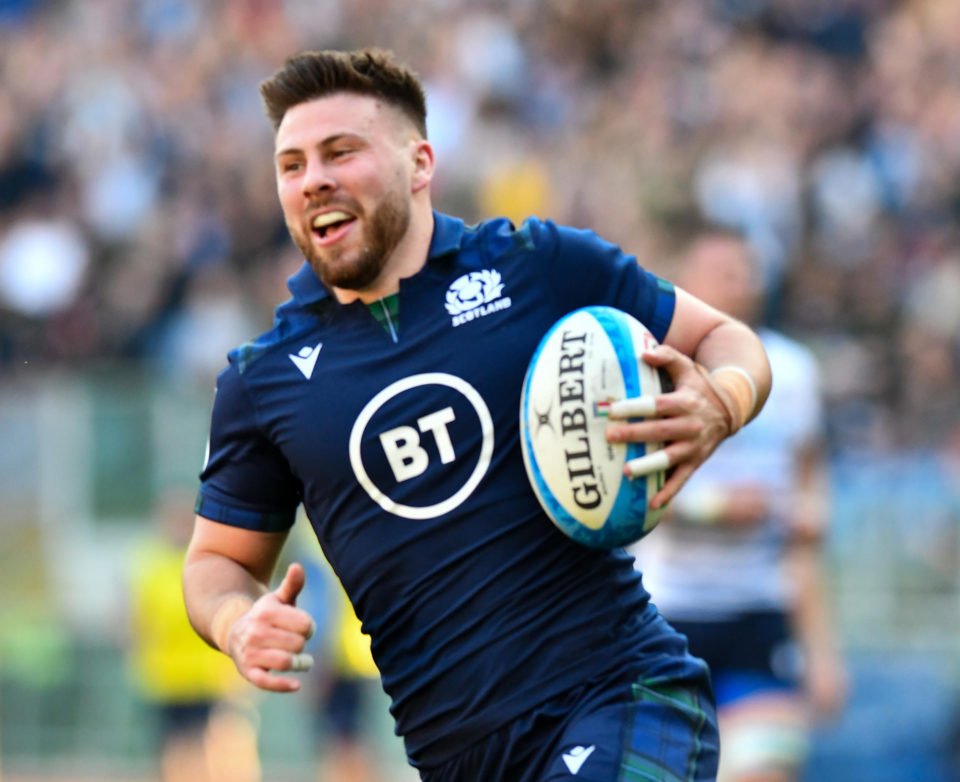 France coach Fabien Galthie made two changes to his team to face Scotland in the Six Nations on Sunday as winger Teddy Thomas was left out of the squad.

Thomas showed worrying defensive shortcomings in the first three games and was not included among the replacements to face Scotland.

Damian Penaud made his return from injury after missing the victories against England, Italy and Wales.

“Damian Penaud was supposed to start against England (in the first match) but he got injured the day before. He came back with us the fortnight before the Wales game and was excellent during training,” Galthie told a news conference on Thursday.

“So he is a starter again but Teddy Thomas is still part of the France group. He is not in the 28 because we preferred to include Gabriel Ngandebe.”

Prop Jefferson Poirot will start in the absence of Cyril Baille, who sustained a shoulder injury in the 27-23 win in Cardiff in the previous round.

Grand Slam hopefuls France top the rankings with 13 points, four ahead of England, whose trip to Italy was postponed because of the coronavirus outbreak.

A win in Scotland would leave Les Bleus needing to beat Ireland on March 14 to secure their first Grand Slam since 2010.

“We hear the praise,” said Galthie. “Our goal is to win matches, to win titles, quickly. But the danger is there and we are well aware of it.”

Scotland coach Gregor Townsend has made three changes to the forward pack for Sunday’s Six Nations clash at Murrayfield against leaders France, with hooker Fraser Brown, lock Grant Gilchrist and number eight Nick Haining coming into the side.

Brown is set to claim his 50th test cap, the 43rd Scotland player to do so.

Exeter Chiefs lock Sam Skinner has been named as a replacement after recovering form injury while Glasgow Warriors’ Kyle Steyn could make his Scotland debut from the bench.

“This week we face a France team that looks galvanised since the World Cup, with a potential Grand Slam in their sights following impressive wins over England, Italy and Wales,” Townsend said.

“France’s victories have been built on an aggressive and well-organised defence, so the precision, decision-making and effort in our attacking game will have to be very good in order to get in behind them this weekend.”

Scotland are fifth in the standings.

City off to winning start with victory at Wolves