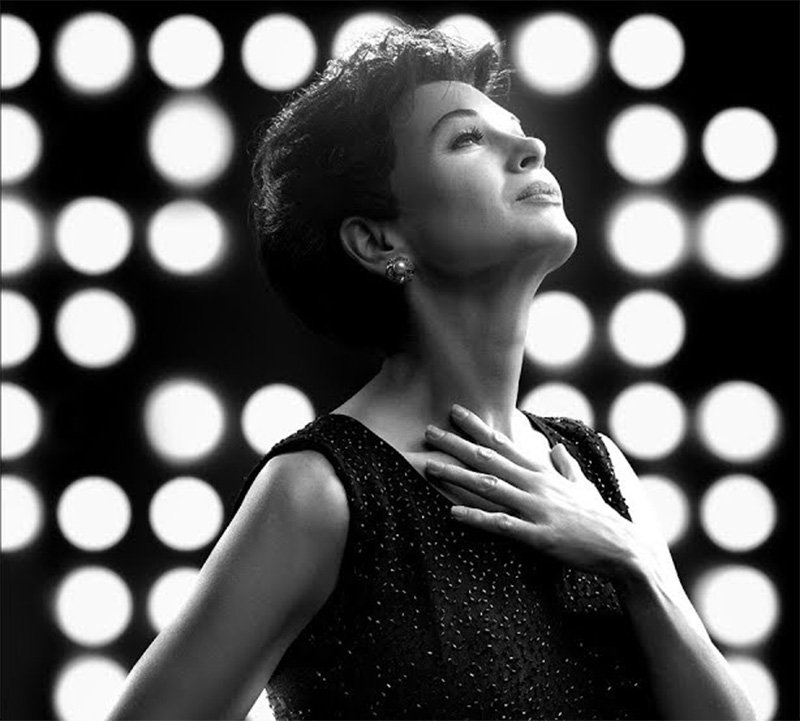 What do you think about when you think about Judy Garland? Maybe nothing; maybe she’s one of those long-ago icons who survive as a brand rather than a person, often with a tinge of tragedy attached. (She died young, right?) Maybe just The Wizard of Oz, a young girl with pigtails and a yearning expression singing ‘Over the Rainbow’ in black-and-white. But maybe more: maybe the teenage exuberance of her films with Mickey Rooney; maybe Judy in a top hat and artfully blackened teeth, dressed as tramps alongside Fred Astaire in Easter Parade; maybe Judy the dramatic actress, in The Clock or A Star is Born; maybe Judy at the window, soothing Margaret O’Brien with a sublimely sad rendition of ‘Have Yourself a Merry Little Christmas’ in Meet Me in St. Louis.

Garland was many things in her too-short career – but Judy, the formulaic biopic that won an Oscar for Renee Zellweger, wants to reduce her to one thing, and indeed the most banal thing: a victim of a system that hooked her on pills and preyed on her insecurities. Most of this maudlin movie takes place in London in 1968-69, Judy’s last UK appearance, the remainder being flashbacks to her early years when she was bullied and body-shamed by Louis B. Mayer, the MGM mogul who belittlingly warns the unconfident teenager that there’s “a girl who’s prettier than you” in every town in America. Mayer, by the way, was five-foot-six in real life, not eight foot tall and built like a brickhouse like he appears to be in the movie, then again that’s typical of the sledgehammer-subtle approach. I guess they’d call it poetic licence.

Judy the kid is abused; Judy the drug-addled adult is weary and dysfunctional, prone to sad little wisecracks (I used to have ambitions, but “they gave me the most terrible headaches”) and sudden mood swings that mark her out as a diva but are really just the reactions of a frightened child. The old showbiz cliché applies: she’s terrified before going onstage, clicks into place – most of the time, at least – when she’s able to unleash that mighty voice and access “the love you find with an audience”, then lapses into terrified again when the show’s over: “What if I can’t do it again?”. The film milks its showbiz angle for maximum uplift (including a shameless final singalong), even while greatly disapproving of showbiz and – more importantly – reducing Garland’s creative genius to the contours of her messed-up life. The more you know of Judy, the less you’re likely to appreciate Judy.

Each time the film edges close to something great, it overstates (and ruins) it. Garland was a massive gay icon, of course (hence the term ‘friends of Dorothy’, after Dorothy in Wizard of Oz), and there’s a potentially lovely scene where she signs autographs for a couple of fans – actually a gay couple – after the show and impulsively invites them out to dinner, the unlikely trio ending up at the couple’s poky flat after Swinging London proves inadequate to the task of finding somewhere open after midnight. So far, so good – but then the scene turns into a lesson, one man lamenting the unfair lot of homosexuals in the 60s and Judy sagely opining that “anyone who’s different” gets hounded in this world (“To hell with them,” she adds bravely). Cringe! Also potentially great is Judy’s performance of ‘By Myself’, one of her signature songs – but Zellweger is too emphatic, as if trying to make it super-obvious that the lyrics are Meaningful, and the moment is lost.

Was her Oscar deserved? Hard to say. It’s a busy performance, full of little moues (her mouth sometimes seems to be starring in its own movie) and wounded little shivers – but Zellweger, like Garland, has movie-star presence, and carries the film. It’s not her fault that director Rupert Goold devotes an entire cutesy scene to Judy being ever such a good mum to her kids (the same kids that a court may be taking away from her), or dwells unsubtly on her humiliation as she drunkenly topples on stage and gets pelted with bread rolls by the audience.

Garland, like Marilyn Monroe (who got her own London-set valentine, the equally specious My Week With Marilyn), was a victim, of course. Still, there’s a way to tell her story while also doing credit to the luminous joy she projected onscreen – not just hold that joy in reserve as a kind of cheap irony, a mask disguising the quote-unquote ‘real Judy’. This is essentially tabloid journalism, reducing an artist to her basest, most damaged self. I admit I’m not the best audience for Judy, and the film could certainly work (or work better, anyway) for those unfamiliar with her work – but then, if you’ve never seen a Judy Garland film, why would you even waste time on this reductive biopic? Get thee to A Star is Born, in my opinion.