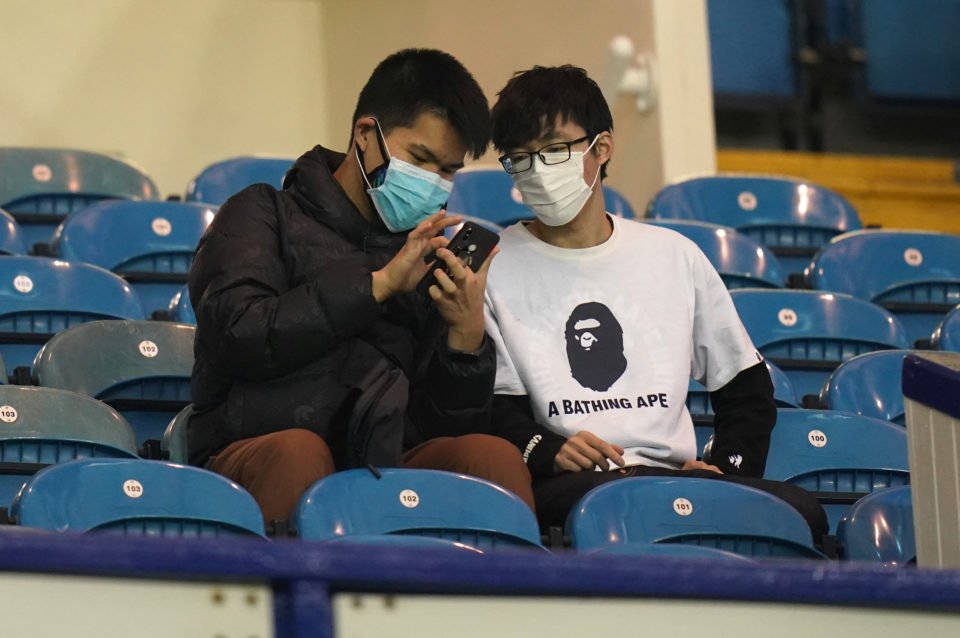 Officials from a number of different sports gathered in London on Monday to discuss the impact of the coronavirus.

Earlier, Dowden told BBC Breakfast that under the current guidance of the chief medical officer, it would be ‘premature’ to cancel sporting events.
Paris St Germain said in a statement that their Champions League game at home to Borussia Dortmund on Wednesday would take place behind closed doors following a decision by the Paris police.

Football’s world governing body Fifa has said that 2022 World Cup qualifying matches in Asia due to be played later this month and in June had been postponed.
Rugby Football Union chief executive Bill Sweeney spoke to media as he left the meeting with other governing bodies and broadcasters in London.
He said there was “no medical rationale” for cancelling matches or playing them behind closed doors as things stood.

Asked whether the Wales versus Scotland Six Nations match would go ahead this weekend, Sweeney added: “I think it looks good, I don’t see any reason why that would not proceed.
“The basic message coming out of today is let’s not panic, let’s monitor the situation and carry on as normal.”
Earlier, it was announced that the France versus Ireland Six Nations match due to be played on Saturday has been postponed on the advice of the national authorities in France.

Premier League executive director Bush did not wish to comment on the possibility of matches being played behind closed doors when he came out of the meeting.
“I am not going to comment on things that are speculative,” he said.

Steve Elworthy, the director of special projects at the England and Wales Cricket Board, was also in attendance.
“It was a fantastic meeting and this is the start of it,” he said.
“We are starting to think about contingency planning and it was a great meeting with all the sports around. We obviously can’t get into any of what was discussed and don’t want to because it is still business as usual in our world.”

Asked whether behind-closed-doors sporting events were likely, Elworthy said: “It’s a good question. At the moment I don’t think so. We’re thinking the season just continues and that is our planning.”

“This included a discussion of how staging sporting events behind closed doors could work in practice, should the situation change and become necessary.

“However based upon the current scientific advice from the Government’s medical experts there is no rationale to close or cancel sporting events as things stand.

“We will remain in regular dialogue with sports governing bodies and broadcasters, ensuring they are in receipt of the most up to date guidance from the health authorities.”

It is understood BT and Sky Sports representatives were present, as well as those from terrestrial television networks and radio.

The PA News agency understands no clinicians were present at the meeting.

The meeting is also understood to have considered what the possible knock-on effects of matches being played behind closed doors might be, such as increased numbers going to pubs to watch games on television and supporters gathering outside stadiums if not allowed inside.

Thousands of runners expected at Cyprus marathon despite coronavirus cancellations