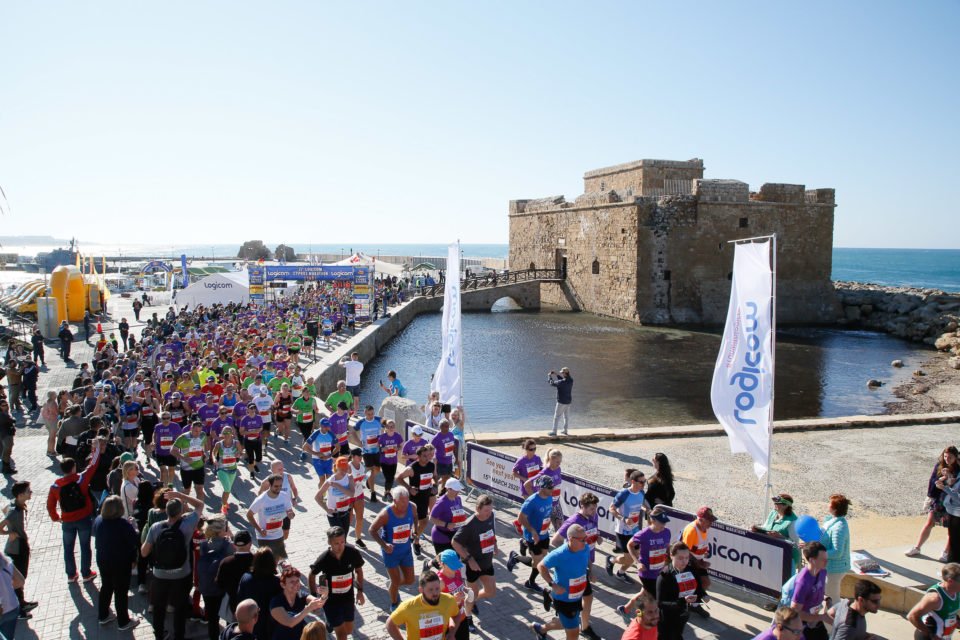 An increased number of runners are expected to line up to take part in the upcoming Cyprus marathon in Paphos, despite some cancellations due to the coronavirus outbreak.

Organisers told the Cyprus Mail on Monday that, so far, three countries would probably not participate in the annual popular event due to the restrictions put in place for travellers.

“We usually have runners from both China and Italy, but don’t expect them to be able to participate this year due to the tough measures put in place due to the Coronavirus situation. Also, from Israel,” race director Stavros Kakourides told the Cyprus Mail.

However, he said that no more than one per cent of runners have cancelled.

Both individuals and teams from around 65 countries will take part in the 22nd Logicom Cyprus marathon due to be held in Paphos on Sunday, March 15. The event’s central location is Paphos castle square.

The UK is once again sending the greatest number of competitors and substantial numbers are also expected from Russia, Germany, Hungary and Poland, Kakourides said.

“Despite the virus, so far there haven’t been any cancellations from the UK and more than 1,000 British runners are expected to line up at the start of the races.”

The Logicom Cyprus Marathon has been held annually since 1999.

Each year, the attendance of overseas runners has mushroomed. Five years ago, around 700 athletes competed, and this year organisers are expecting around 4,000 competitors.

Around half of the runners, around 2,000 or so will come from overseas, Kakourides said and in more recent years, they have dominated the longer distance races.

UK runners have an impressive track record at the event.

Last year, 32-year-old British runner Adam Holland won the marathon for the second consecutive year in a time of 2:35:03. He also came close to breaking the course record which stands at 2:33:03. Holland will return this year with the aim of winning once again.

“My next challenge, after I visit Cyprus, is to take on 20 marathons in 20 consecutive days, for an attempt at a new World Record. I am aiming to complete all 20 in under three hours. The challenge starts on April the 4th and I am raising money for the charity I am ambassador for, ‘Kids Run Free’,” he told race organisers.

Another parallel race of the overall event is a ‘wine run’.

The Cyprus wine run will incorporate a 5km distance through two kilometres of vineyards and fields, and three kilometres of mountain views and old village squares. This race is on Tuesday March 17, two days after the marathon.

The location, Vasilikon Winery in Kathikas, is one of the first local wineries of Cyprus, established in 1993.

The marathon will start on March 15, from Petra Tou Romiou (Aphrodite’s Birthplace) at 7.30 am.

The half marathon will get underway in front of Paphos Castle at 8.30 am, and participants will line up the same location for the 10km road race at 8.45 am and the 5km fun run at 9am.