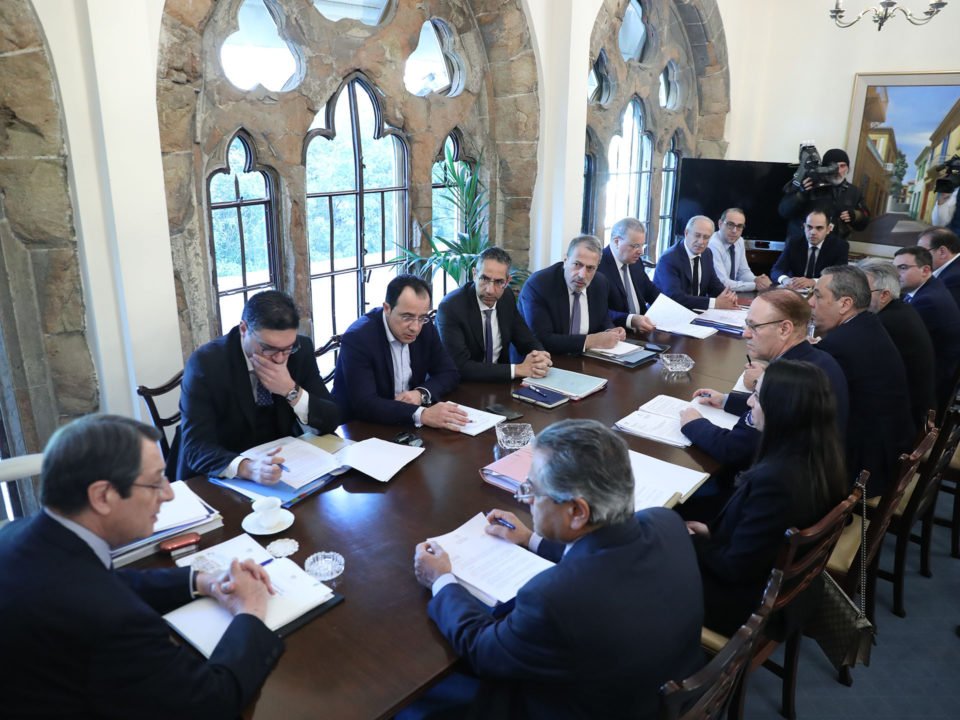 The cabinet meeting on Tuesday

The government is to announce a series of measures to combat an influx of migrants later on Tuesday following a cabinet meeting.

The meeting was chaired by President Nicos Anastasiades and attended by Attorney-general Costas Clerides who was asked last week to weigh in on whether the measures were legal in terms of international law and obligations.

Speaking after the meeting Clerides said the measures to be taken would be up to the government but he had given his opinion. He said the measures had been handed to his office for review to ensure there were no violations of international law as regards the status of refugees.

“We have given our views on whether concrete measures can be taken and whether or not they are incompatible or incompatible with either the existing laws, the Constitution or, above all, with principles arising from EU law,” Clerides said.

“Our views have been analysed and have been transformed into concrete measures that the government will undertake to promote, and they will be announced to you later today.”

Asked whether there were issues deemed unconstitutional or contrary to EU principles or even national legislation, the AG said: “It is a fact that some individual issues run counter to principles that cannot be circumvented so these measures cannot be taken because they are considered to be of an active nature to the extent that they affect certain rights that we are certainly obliged to respect either by the Constitution or by the EU authorities, the relevant Directives, etc. However, a number of other measures can be taken and I understand that there is an intention to implement them immediately,” Clerides said.