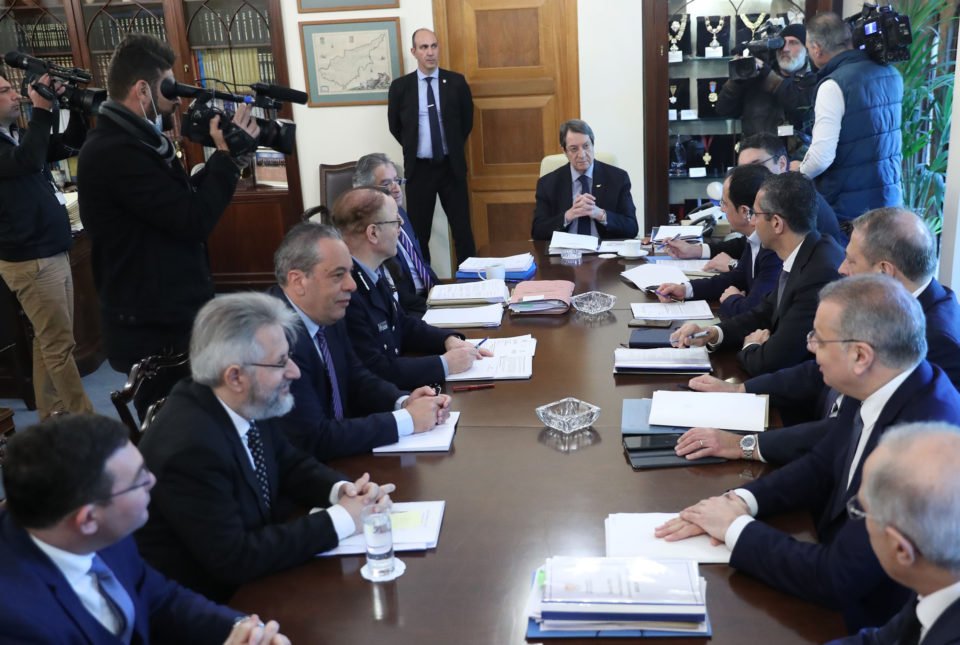 The government on Tuesday unveiled an action plan to tackle the recent spike in irregular migrants and asylum seekers, including a massive boost to resource and manpower allocations as well as tighter checks to weed out fakers.

The steps were finalised during a meeting of the cabinet, which followed two meetings of an inter-ministerial committee with legal guidance from the attorney-general to ensure the actions are in line with domestic and EU law.

Announcing the actions, Interior Minister Nicos Nouris spoke of a “holistic” approach to containing mass illegal immigration, which he called “a matter of major import for the Republic.”

Noting that asylum applications have skyrocketed over the past week especially, Nouris said there are currently 33,000 asylum seekers on the island, corresponding to 3.8 per cent of the population in the south.

Top of the list of steps will be a drive to drastically reduce the time it takes to process asylum applications, by raising the number of application examiners from 32 currently to 69.

Also the government will amend the relevant legislation limiting the deadline for someone to file recourse with a court.

A list of ‘safe countries’ will be drawn up to enable immigration officers to immediately sort out applications that are manifestly bogus. These will be filed as such and their processing expedited, within a maximum of 10 days.

Where an application is deemed manifestly spurious, the applicant will be given three days to file for legal recourse and, if he or she is denied, or fails to file within the three-day deadline, deportation orders are to be issued at once.

To tackle the phenomenon of sham marriages, the government intends to fast-track amendments to the law featuring tougher penalties.

And starting from the next academic period, strict criteria are to be imposed on colleges relating to student registration of non-EU nationals.

Additionally a new facility is to be created, able to hold 600 people, where asylum seekers are to stay until their applications are processed.

Capacity will be increased at the Menoyia detention centre with the reopening there of a wing that is currently shut.

In the meantime local authorities will crack down on squatting by migrants in derelict premises, as checks are intensified on illicit employment.

Along the Green Line – a main point of entry for irregular migrants – police and the military will increase patrols.

Nouris also said the government will immediately begin implementing the framework of action agreed with the EU in November 2019, which among others provides for the establishment of a dedicated agency for the returning of migrants.

The cabinet likewise authorised the interior minister to engage in enhanced contact with Frontex – the European border and coast guard agency – aimed at boosting cooperation on issues pertaining to the return of migrants and containing the flows of irregular migrants by land or sea.

President Nicos Anastasiades has formally requested financial assistance from the EU for the 2020-2021 period to cover the costs of additional infrastructures for migrants as well as for the purchase of equipment monitoring the coastline and the Green Line.

Asked what equipment this might involve, Nouris said it included ships and vehicles.

According to the UNHCR, the top ten countries of origin for new asylum seekers in Cyprus as of November 2019 are Georgia, India, Bangladesh, Syria, Pakistan, Cameroon, Vietnam, Egypt, Sri Lanka and Nigeria.

Self-isolating may be more difficult than it sounds