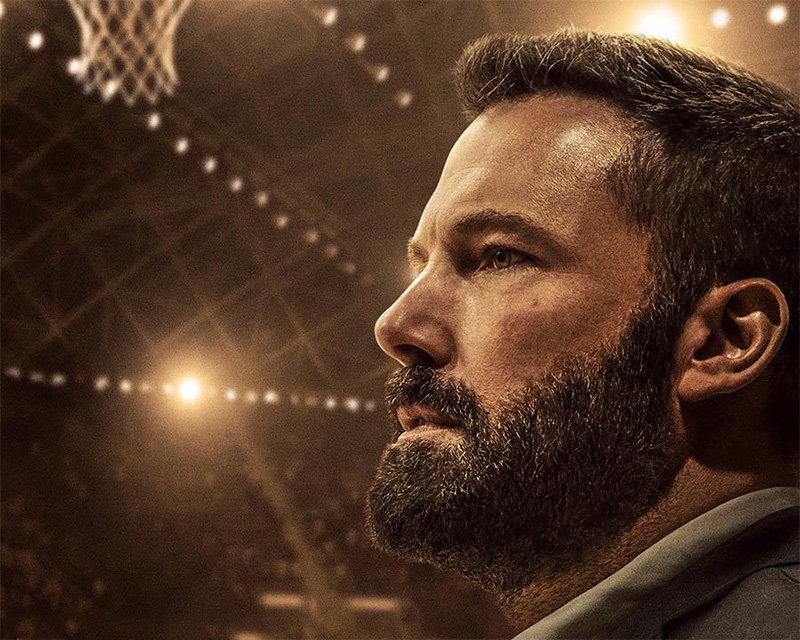 Tough-but-fair coach takes over a team that keeps losing, and turns them into winners. We’ve been here before, of course, in innumerable Hollywood sports movies. There was Hoosiers in the world of high-school basketball, The Mighty Ducks in ice hockey, Friday Night Lights in American football; I’m probably forgetting a few thousand other examples. Even in such a crowded field, however, The Way Back earns respect, for two reasons. First, it stubbornly resists easy uplift, going instead for a subdued, moody ambience. Secondly – and even more importantly – coach Jack Cunningham (Ben Affleck) doesn’t just bring discipline to the flailing basketball team at Bishop Hayes High, or self-esteem, or inspiring speeches about working as a team. He brings anger, specifically his own anger.

It’s tempting to link the films coming out of the US with the lingering malaise and mistrust in that polarised country, especially in the past few years. Not the blockbusters, of course, not Star Wars or Marvel – but ordinary mid-budget films, which seem to have grown a bit darker recently. After all, the last time America was in such a funk – wearied by social unrest, a troubled president and a general loss of faith in the American Dream – was in the 70s, and the result was a spate of Hollywood films that were downbeat and edgy. It’s probably just coincidence that last week we had The Invisible Man and this week we have The Way Back (after all, Invisible Man wasn’t even made by an American) – yet both films do something very similar, taking genres that could’ve made for popcorn escapism and adding a dark, unsettling wrinkle. The Invisible Man is sci-fi action turned into the nightmarish ordeal of an abused woman; The Way Back is sports drama turned into the impotent rage of a man at the end of his tether.

Jack is that man, a functioning alcoholic who works in construction and gets drunk every night – though also a former basketball star, asked to take over the team at his old Catholic high school. “Our mission isn’t to win basketball games,” claims the team’s padre, “it’s to create men of faith and integrity” – and Jack’s mission too isn’t to win, necessarily, it’s to fight for every point, dirty if necessary. The kids on the team are decent players, but they don’t take it seriously; they don’t push, they play “like pussies,” says Jack (his language is a constant source of friction with the school authorities). I don’t care if we lose every game, he tells them hotly: “I will not coach a team that has been out-toughed”.

Put like that, it doesn’t sound too un-Hollywood; you can imagine Sam Jackson saying something similar in Coach Carter, for instance. But Jack doesn’t say it as a clever ruse to motivate the players into winning; he genuinely seems not to care overmuch about winning (it’s like he’s given up on winning), he just feels a need to direct his anger – “I never stopped being angry” – at something, anything. The gradually-revealed source of his anguish isn’t something that can be fixed by making the playoffs. Even the team’s big triumph – you know there has to be one – doesn’t get the usual swelling music and fist-pumping, crowd-pleasing ambience, just a few chords of soulful piano and an almost wistful freeze-frame.

Affleck, like Elisabeth Moss in The Invisible Man, gives a much more serious, more committed performance than you’d expect in a genre movie. He’s bulked up with age and seems slower, almost immobile with regret and frustration (it’s a shame he doesn’t quite have the range for the kinds of roles Nick Nolte – another sensitive jock – used to play in the 70s). He does inspire the young players, including the inevitable kid who reminds him of himself at that age, but the film doesn’t oversell it. Instead we see him brooding, drinking, raging on the touchline, telling homophobic jokes to appreciative regulars at the bar where his dad used to drink, looking shocked – his shock tells a story in itself – at the news that his ex-wife has moved on, and is now with another man. It’s a fine performance, even if you don’t know (I didn’t) about the actor’s own battles with alcoholism.

The film does the small things well. Another coach is smugly patronising when their teams play for the first time, a game the other team win handily; in the return match – by which time Jack has turned his underdogs into fighters, eking out victories by force of will more than skill – his only greeting is a handshake and a curt (but respectful) “Coach”. The Way Back doesn’t re-invent the wheel – but it takes a familiar scenario and makes it resonate, above all by respecting a truth that’s too often forgotten in Hollywood sports movies. There are no earth-shaking triumphs, or easy fixes. The way back is long and complicated.

Five tips to get a sports scholarship