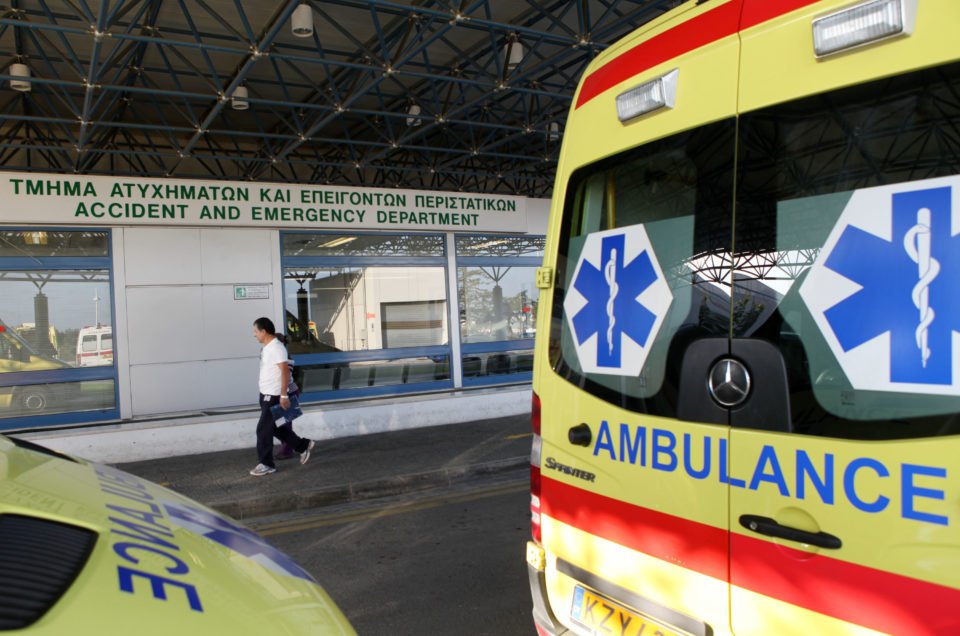 All operations at Nicosia general hospital have been cancelled for the next 48 hours, after a doctor was found to be treating patients while infected with the coronavirus, the health ministry announced on Monday.

The doctor, a 64-year-old heart surgeon, contracted the virus on a visit to Britain and treated a patient the same night of his arrival home on March 3. He was not tested until March 8.

The doctor is one of two men confirmed on Monday as Cyprus’ first coronavirus cases.

The other is a 25-year-old Limassol man who recently returned from northern Italy.

Following an emergency meeting late on Monday night, the health ministry said all operations have been cancelled for 48 hours, all the patients in the 64-year-old’s department will be discharged pending testing and will be transferred to private hospitals where possible.

The areas where the doctor operated and worked in are all being cleaned and sanitised, and anyone in close contact with him has been called to give a blood sample for testing.

Visitation to the hospital has also been cancelled for the next 48 hours, and patients are asked to go to A&E only in emergency situations.

According to local media, there is a panic at the hospital as cleaners are refusing to come into work, fearing they will contract the virus. Doctors and nursing staff have all also been called on to come and give blood samples for testing.

Announcing the two coronavirus cases on Monday, Health Minister Constantinos Ioannou said the entire hospital would not be quarantined but only the cardiology department where the doctor worked.

The doctor, Chrysostomos Kokkinos, told local media when he returned from the UK on March 3, he did not have any symptoms, and that on the same night he had to attend to an emergency at the hospital. The UK is not on the list of high-risk countries.

In comments to daily Phileleftheros, he added that over the following days he dealt with many cardio-thoracic cases, as he felt well.

Ioannou said it was ‘regrettable’ the doctor only reported to authorities on Sunday, March 8, after showing symptoms.

Describing his testing, Kokkinos said on Sunday he had muscle pains, which he thought were caused by the stress of the week, but because he had travelled to England he decided to speak with the virologists at Nicosia general. But he added they discouraged him from being tested as the UK was not a high-risk country, and in the end, he received the coronavirus test of his own volition.

Ioannou said the doctor’s close contact with the public was a complicating factor.

“This does complicate efforts by the ministry on the tracing we need to do on the contacts he had over the past five days,” he said in a hastily called press conference after the cases were announced.

He added the ministry is currently attempting to find the patients and colleagues he came into contact with and inform them.

“The ministry will conduct tests [on his contacts] to determine if they have the virus.”

“The process to track down the close contacts of the doctor, be they patients, colleagues, or family members has started,” the ministry said in a statement issued later on Monday.

The ministry is also trying to track the doctor’s fellow passengers on the flight from the UK.

A sample will be taken from the individuals for testing, and they will also be instructed to self-isolate.

The 25-year-old, who had recently travelled from northern Italy, had been in self-isolation after being tested at the airport since returning from Milan on February 26. He was re-examined after he started showing symptoms on March 5, and re-entered self-isolation.

Ioannou also said that both cases are displaying mild symptoms of the virus and they are currently in a good condition.

The cases are among the 42 people who were being tested for coronavirus on Monday by the Cyprus Institute of Neurology and Genetics. Three national guardsmen were among those tested for the virus. All three were negative, but two army camps on in Paphos and one in Nicosia were on lockdown.

Test results also came back negative for a group of private school students and their teachers who travelled from Larnaca to Barcelona in a transit flight through Athens, with a flight-attendant who was tested positive for Covid-19.

After the announcement that a doctor had been infected with coronavirus, the doctors’ union Pasyki head, Soteris Koumas said: “He should not be targeted.”

He added the point is to deal with the situation and not panic.

Meanwhile, at an emergency ‘cabinet’ meeting in the north, the Turkish Cypriot administration decided to create a crisis desk to deal with the coronavirus outbreak, while people living in the north were cautioned not to travel to the government-controlled areas unless necessary.

Medical personnel at all entries to the ‘TRNC’ will be doubled.

The ministry also said individuals who travelled anywhere else in China, in central and southern Italy, Japan, Hong Kong, Germany, France, Spain, and Greece (Achaia, Ilia, and Zakynthos provinces) need to be self-isolated for 14 days.

People who traveled to Switzerland, the UK, the Netherlands, Sweden, Belgium, Singapore, and other areas of Greece were asked by the ministry to self-monitor, and report any symptoms, without any restrictions.

He said anyone who believes they are displaying symptoms should contact the help line at 1420 and get tested.

Vardy back among goals as Leicester thump Villa 4-0

Our View: Cabinet has awkward decision to make over checkpoints