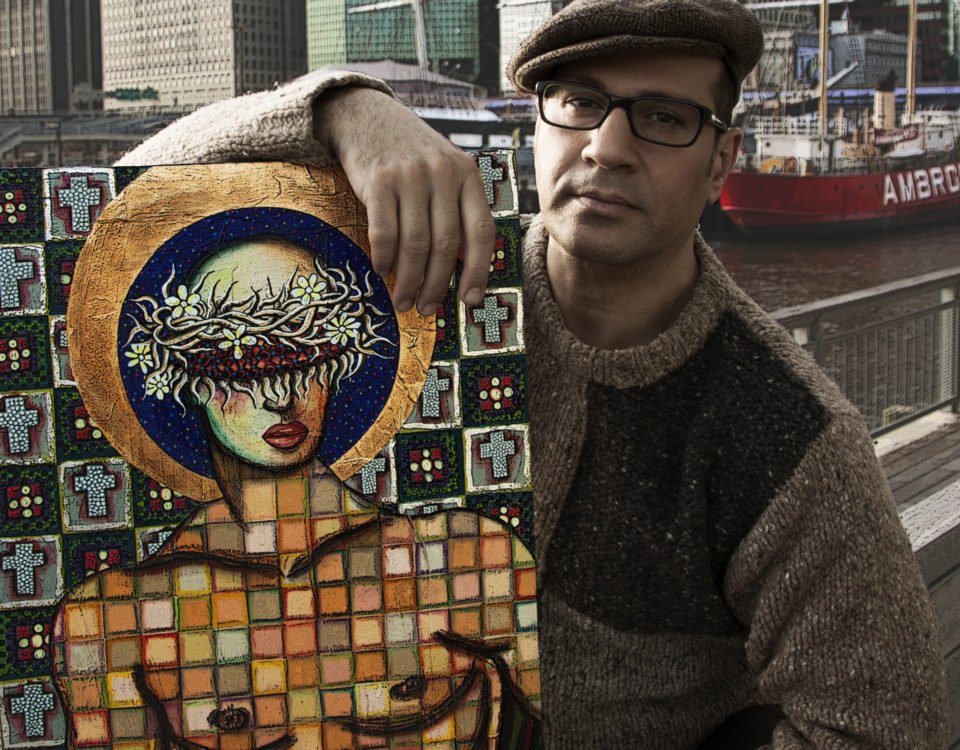 “Just don’t call me Kevin!” laughs Yiorgos Bellapaisiotis, a man who will gladly respond to almost attempt at his name as long as it’s sincere! He’s happily answered to ‘Yoghurt’ before now (Alexander McQueen’s effort; the two worked side by side for some years), and even to ‘Yórkuro’, courtesy of Japanese-born designer Akira Isogawa, with whom he’s collaborated in the past. But, whereas his fellow foreign students at college in New York introduced themselves on the first day as ‘Itsuki, but call me Kevin, it’s easier!’, this world-renowned artist, fashion designer and music producer has stuck to the original spelling (and, for the most part, pronunciation!) of a name that indicates his strong ties to the country of his birth.

Although he’s lived in New York for the past 25 years, Yiorgos was born in Kaimakli into “a very structured family unit. My parents were accountants,” he smiles. “So I spent the first half of my life doing exactly what was expected of me: I was an accountant and then, when there were no funds to study piloting, I became a flight attendant with Cyprus Airways.”

But all that changed in 1995. “I took all the money I’d saved, and applied to New York’s Parsons School of Design…” 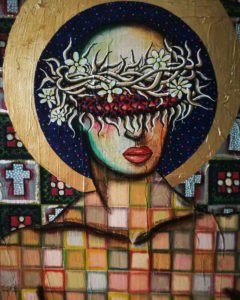 At a time when few had ever been accepted to such hallowed halls, Yiorgos was a trailblazer – all the more unusual for the fact that he had no formal background in art. “I had parents who never even realised that I had a talent. They thought art was a hobby to relax when not studying or accounting!”

It wasn’t. “For me, creating wasn’t a skill or a pastime, it was my life. It’s me,” Yiorgos acknowledges. “I went to Parsons with no formal training and enough money for one semester. It wasn’t easy,” he adds, referencing a breakdown at the end of his first year and ongoing grant-hunting struggles, “but it was an experience.”

Since then, he’s gone on to take the Silver Thimble Award from Donna Karan New York, has worked with Koos Van Den Akker and Akira, seen his sculptures exhibited at The Metropolitan Museum of Art and the Victoria and Albert Museum, and produced number one hits for best-selling music artists thanks to Music Candy, the music production company which Yiorgos owns with his partner Anthony James. In the past 25 years, he’s conquered the world, showcasing his talents globally. And now he’s coming back to his roots in Cyprus. Not for good, but perhaps for long enough; returning to an island he adores and an audience like no other…

He’s been back before. In early 2019 Beyond Gender & Sexual Orientation, Yiorgos’ previous exhibition, opened in Nicosia to great acclaim. “For me, it was amazing, chaotic and beautiful to see the viewers identify with the sensitivity of the subject. The reaction,” he adds, “was so sincere – people were seeing, not just looking. And I think if you find an audience who identify beyond the aesthetic, the size, and the medium, who identify on an emotional and personal level, then that’s the biggest success for a creator.

“This is the reason,” he continues, “that I’m returning to Cyprus with my latest exhibition. There’s a realness to how my artwork inspires people here. I have this feeling of coming back to my roots and being able to share my experiences. No matter the size of past projects” – as a musician, Yiorgos has worked with the BBC and CNN; as a designer, his work has been exhibited alongside pieces by Diane von Furstenberg, Tommy Hilfiger and Oscar de la Renta; and his art has been featured on the front cover of the Sunday Times – “coming back to Cyprus helps me retain the essence of who I am.”

Entitled Flesh vs Spirit, and running from March 17 to 28, the exhibition is a spectacular for the senses. Already, a number of the works have been shown at the Spring 2020 New York Fashion Week. But the full magical complement has been reserved for Limassol’s Morfi Gallery, where the pieces will challenge viewers to “examine the contradiction between how we appear on the surface – the expression of our feelings, of our mood, our tastes, how we express our sexuality, our gender – and our inner, spiritual world.”

At first glance, the pieces seem to draw from the world of iconography: here, a thorny crown, there a halo. Crosses litter the paintings; wise men with soft eyes and radiant women with feathered wings gaze into the soul; the whole so complex and luminous it conjures up the stained glass windows of an ancient cathedral. But look a little closer and the discrepancies mount: men bear breasts, eyes are obscured with cloth, faces fragment into a thousand pieces as “the subjects appear as victims of their own spiritual faith.

“Like the medium on which they’re painted” – Yiorgos collects discarded wood as his canvas – “my subjects have been discarded by society for an imagined wrong,” the artist explains. “And yet,” he clarifies, “they’re not miserable, they’re not sad. Yes, there’s suffering – they’ve been judged and shamed – but they’re ultimately optimistic.”

This positive portrayal of “emotions rather than specific people; I don’t do portraits!” is a celebration of life and hope and triumph against the odds. “Things will change, and my subjects’ pride for living the life they have chosen and not that established for them by their spiritual institution is visibly vivid,” Yiorgos explains. “It’s a reflective journey of individualism and freedom of expression which will, I hope, provoke renewed hope for those who have lost these two elements.”

Yiorgos uses mixed media to create his stunning creations. “Acrylic paints, metal, gold leaf, recycled plastic elements. There’s cinnamon and turmeric in there too – a natural aroma; the more stimulation the better,” he reveals. Working “spontaneously, never pre-sketching but allowing the artwork to take me where it wants to go,” the artist spends between 150 and 180 hours on each piece. But he’s always careful to allow for the imperfections which, he believes, “naturally make something real and unique.

“If I’m painting 100 circles, I’m not focused on achieving 100 perfect circles, but on creating circles with meaning, which relate and interact with each other and the painting. Real things aren’t perfect,” he adds. “And I want to be very real. Perhaps,” he concludes with a grin, “that’s why my accent hasn’t changed in 24 years. I may have lived abroad for more than half of my life, but I still sound like a real Cypriot from Kaimakli. I’m no Kevin!”

All Nicosia schools and universities to temporarily close (updated)