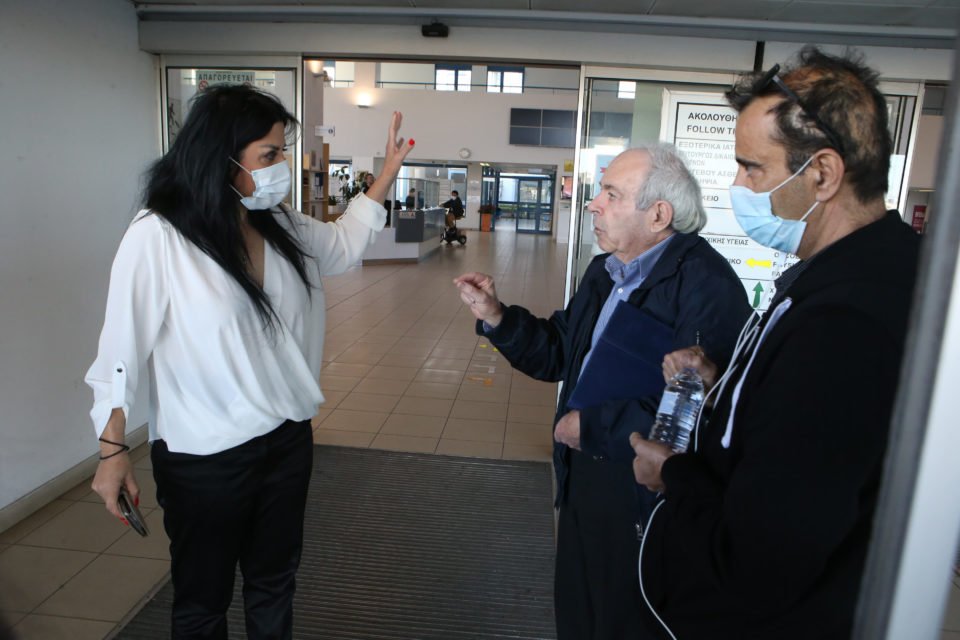 Authorities on Tuesday said the 152 samples taken from persons who had come in contact with the head of the Nicosia general hospital’s heart surgical ward who was tested positive for coronavirus are expected to be ready within the day.

The hospital suspended most services on Tuesday after the doctor, Chrysostomos Kokkinos, 64, was tested positive for coronavirus five days after returning from a trip to the UK.

Health Minister Constantinos Ioannou on Tuesday dismissed as false, statements by Kokkinos that he had no symptoms after his return from London on March 3.

The doctor told media he had no symptoms upon his return but Ioannou told Politis radio on Tuesday that according to his information, Kokkinos did have symptoms from the first day of his return but neglected to self-isolate himself. The doctor assumed his duties on March 4 until Monday when his results came back, the minister said.

“We got the worst possible scenario,” the minister told Sigma TV, adding that the state health services are following the strictest protocols.

Ioannou called on anyone who planned on travelling to countries where coronavirus cases have been reported to stay at home for 14 days after their return to Cyprus if they present any symptoms.

“This is the only way to break the virus’ transmission chain,” he said.

The medical association (CyMA) however, said that the doctor in question had followed all indicated procedures and it called for unnecessary and baseless accusations against their colleague to stop.

In a written statement, CyMA said that the “cannibalism” against the doctor must stop and everyone need to focus on efforts to prevent the spread of the virus. It also pointed out the need to curb unnecessary panic but also “the unfair and unsubstantiated targeting of patients, in general.”

The doctor told media that when he felt unwell on Sunday, and despite the fact that the UK was not among the high-risk countries when he came back on March 3, as it had only 39 confirmed incidents, he turned directly to the hospital’s epidemiologists who had discouraged him from undergoing this test. He said that he took the test on his own insistence.

Ioannou said early on Tuesday that 152 samples had been taken starting Monday night at the hospital to test for the virus. The samples have been taken to the Institute of Neurology and Genetics (Cing), which Ioannou said was now working 24/7. He said that many more samples would be taken during the course of the day.

Head of Cing Leonidas Phylactou, said that all 152 samples concerned hospital staff working with the 64-year-old.  All test results were expected to be ready within the day, he said.

Effective Tuesday, all admissions, outpatient clinics, surgeries and visitations at Nicosia general hospital were suspended for 48 hours, when the situation would be reviewed, the health ministry announced early on Tuesday.

The operation of the cardio surgery ward had also been suspended and patients would be gradually discharged, depending on their general health condition, the ministry said.

The University of Cyprus’ medical school too announced it was suspending its operation for 48 hours pending the test results of some of its staff who may have come in contact with one of the confirmed coronavirus cases.

“Two people came for chemotherapy appointments and they could not get in,” he added. “There was no notice on the door to tell them what to do about making a new appointment or even a phone number.”

Turkey says 2016 migrant deal with EU needs to be updated