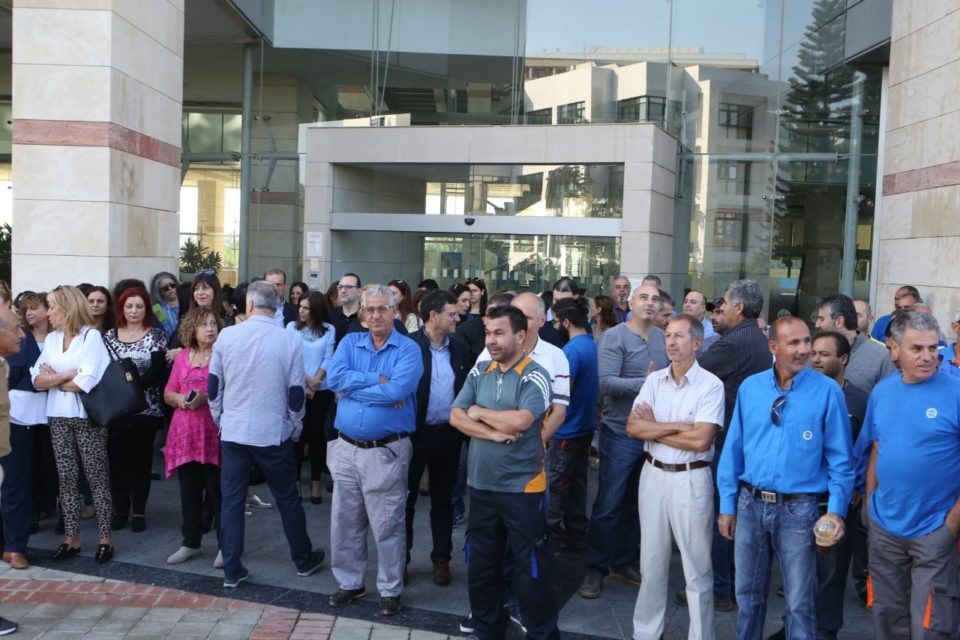 Electricity company unions said Wednesday they decided to escalate industrial action with two strikes this month over disagreements with the management.

In a statement on Wednesday, unions said they will stage a 24-hour strike next Wednesday and a 48-hour strike on Thursday and Friday, March 26 and 27.

A two-hour work-stoppage that was scheduled for this Thursday was cancelled, the unions said.

One of them is refusal by the EAC management to sign agreements on the health fund and other labour issues, as well as delays in recruiting more people to alleviate staff shortages.

The unions are also protesting interference by the finance ministry to the agreement achieved with the Natural Gas Public Company (Defa) on the utility’s participation in Etyfa, Defa’s subsidiary tasked with overseeing the construction of infrastructure for the arrival of natural gas to the island.

They also question decisions hindering the EAC from setting up photovoltaic parks and integrating them into its production which would benefit consumers since it would be able to provide cheaper electricity.