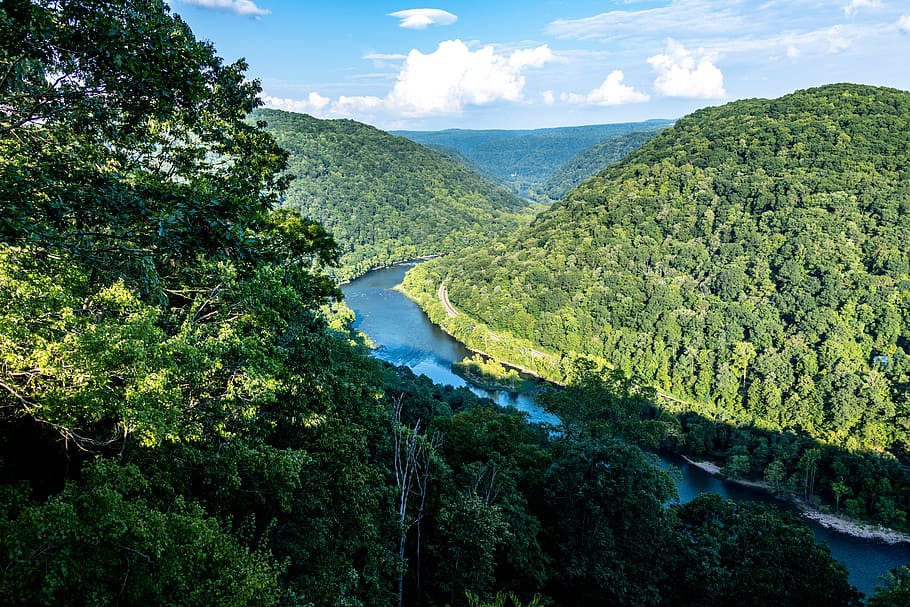 Quick! Name one thing you know about West Virginia. If the John Denver song was all you could come up with, you’re not alone. This is the state that is least visited.

It’s also the oldest state. Not in terms of founding, but in age: the average West Virginian is 40 years old and of Caucasian origin. And yet the first African American woman to become a member of a legislative body in the United States was one Minnie Buckingham Harper of Keystone who, in 1928, was appointed to the West Virginia House of Delegates to fill the unexpired term of her late husband.

The Appalachian chain runs right through the West Virginia so it will come as no surprise that The Mountain State is renowned for its dense forests and rugged terrain. And also, its weirdly wonderful people…

Anna Jarvis of Grafton founded Mother’s Day in 1908, in honour of her dearly departed mum. Frank Buckles, the last surviving US World War I veteran, lived on a farm near state capital Charleston until his death in 2011, at 110 years old. And in 1971, local resident Bob Addis decided to sit atop a rock formation in the Lost World Caverns of Lewisburg for 16 days; his record for stalagmite sitting stands to this day.

What fuels this wonderfulness is, apparently, pepperoni rolls. First sold by Giuseppe Argiro in 1927 at the Country Club Bakery in Fairmont, the rolls quickly became an excellent lunch option for coal miners of West Virginia in the first half of the 20th century. The classic pepperoni roll consists of a fairly soft white yeast bread roll with pepperoni baked in the middle, making for a hearty, delicious and non-perishable snack that has become, over time, the state’s official food.

But West Virginian man – and woman, of course – was not designed to live on sandwiches alone. Buttermilk biscuits factor hugely in the local cuisine, especially at breakfast, and rolling out homemade biscuits in the morning is purportedly a real West Virginia tradition. Morel mushrooms, are another favourite: for decades, West Virginians have enjoyed an annual forage along the Country Roads for their ‘Molly Moochers’.