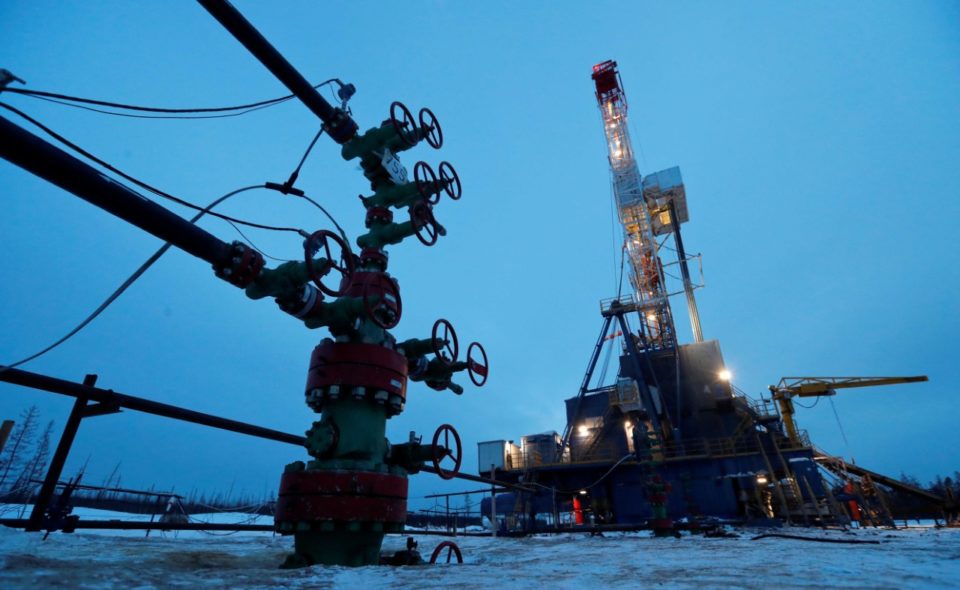 A well head and drilling rig in the Yarakta Oil Field, owned by Irkutsk Oil Company (INK), in Irkutsk, Russia

Monday’s collapse in global oil prices and the stock market was momentous. It happened because of two largely unconnected shocks interacting in a devastating manner. One is coronavirus, now a pandemic, spreading worldwide and impacting global oil and gas demand. The other was the dramatic breakdown of Opec+ negotiations to shore-up the oil price. Opec+ comprises Opec plus 10 other countries, including Russia.

Each on its own would impact global oil and stock markets, but their combined effect was devastating. Brent crude dropped down to less than $32/b and Dow Jones fell by 7.8 per cent – both unprecedented events. A week earlier Brent was $52/b – a 38 per cent drop! This is more severe than the price collapse in 2014.

Natural gas prices are also rock-bottom. The Japan JKM LNG spot-price is now down to $3.40/mmbtu and the gas price at the Dutch trading hub TTF is $2.95/mmbru – oil-linked term-contract LNG prices may drop even further.

Commenting on these events, Fatih Birol, executive director International Energy Agency (IEA), said that the oil producing countries are playing “Russian roulette” with markets at a time of uncertainty and vulnerability for the world economy. Quite apt, as the price collapse happened after Russia refused to back an Opec-proposed cut in oil production of 1.5million b/d. He added that the apparent price war is an attempt to “kill” the US shale sector, but this is unlikely to succeed. But there is no doubt that US shale oil producers will be hit the hardest by such a price war.

Even though the oil price has now stabilised, having risen to over $34/b, full recovery is still far away. Opec and Russia are not considering returning to the negotiating table at this stage.

What is driving this?

The question is why has Russia refused to reduce production in response to Opec’s request? And further, why did Saudi Aramco respond so swiftly by raising its crude oil production and offering it at steep price discounts?

The answer is that Russia, and perhaps Saudi Arabia, sensed an opportunity to put the already highly indebted US shale industry under distress and force bankruptcies and a reduction in shale oil production.

This is because every time so far Opec+ agreed to production cuts, US shale oil stepped in to cover demand, undermining and negating Opec+ actions to shore up the oil price. Russia believes that cuts in effect subsidise the US shale industry. US sanctions may also be another factor.

These are the reasons why Rosneft, the biggest Russian oil producer, with 4.7million b/d, ranking 8th in the world, has always been against oil production cuts.

This time round both the country and the company are better prepared to fight such a price war. Russia’s finance ministry said on Monday that the country could weather oil prices of $25-30/b for 6-10 years. Its National Wealth Fund holds more than $150billion, helping weather any shortfalls from the Russian state fiscal break-even price of about $40/b. In addition, Rosneft’s break-even price is low, about $20/b.

So, both Russia and Saudi Arabia have enough resources and can maintain this price war long enough to inflict pain on US shale oil producers, whose average break-even oil price is in the range $40-50/b. But they have an even bigger challenge. They are highly indebted, with a high risk that quite a few of the smaller companies may go bankrupt because they will not be able to service their debt if the oil price remains low for a sustained period. The industry had already experienced a sharp increase in the number of bankruptcies in 2019 due to low prices and oversupply.

And that’s exactly what Russia and Saudi Arabia are aiming for, hoping to gain back market share.

In effect for the US shale oil producers this is becoming a debt war they can ill-afford. Russia especially, but also Saudi Arabia, are fully aware of this. And they both have to gain if US shale oil production, about 7.7million b/d in 2019, were to decline by 1.5-2.5million b/d as a result of the new price war.

Global oil and gas are already weakened by reduced global demand as a result of coronavirus. The IEA said that if the coronavirus continues to spread and China’s need for oil remains subdued, global oil demand could fall by up to 730,000 b/d in 2020, in a worst case scenario.

The collapse of Opec+ negotiations has now delivered a massive blow to a weakened industry. And probably to other oil producer countries with high government fiscal break-even oil prices.

Saudi Aramco announced it is making maximum efforts to boost its oil production capacity to as much as 13million b/d from 10.2million b/d production in January. And Rosneft is following suit. With global demand down and supply up, oil prices can go quite low indeed.

The oil price war having started will persist. Russia is not likely to agree to cut oil production, perhaps until it achieves its aim – to inflict a substantial reduction in US shale oil production. But, hedging its bets, Russia has left the door open for a future return to cooperation with Opec.

If no agreement is reached soon – combined with coronavirus impacting global oil demand further – the consequences of this price war could be longer-lasting, affecting 2020 but possibly longer, forcing the oil and gas companies to cut spending massively to minimise the impact on their operations. In the US this is likely to lead to a massive wave of bankruptcies.

But at the end of this, with more cost-cutting and the resulting realignment of the industry though the survival of the fitter companies, the oil and gas industry could emerge stronger.

A prolonged price war will also impact operations in the East Med. It is likely that the drilling programme in Cyprus’ EEZ over the next two years may be curtailed to just firm commitments already made. Once delayed, restarting it may take longer.

But the good news for Cypriot and EU consumers is that petrol and electricity prices should come substantially down.