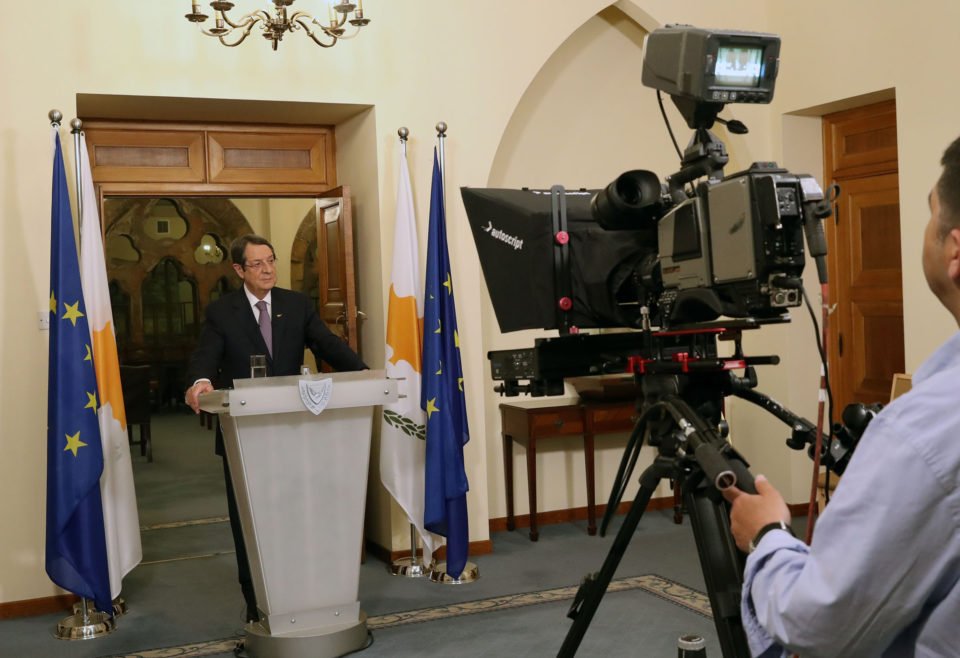 YOU CAN always rely on our political parties to turn even a very serious matter like the spreading of the coronavirus into an excuse for the cheap populism they all specialise in.

They all issued critical statements about Prez Nik’s Friday night address to the populace because he had failed to say how many billions of euro he would spend propping up the hotels and the broader tourism sector, supporting parents that had to stay home and look after their kids that would be off school, the elderly, workers, the self-employed, small to medium businesses and households.

“Citizens expected and expect more,” he said. “To be precise, citizens demand more, both in the direction of greater and more effective protection of public health and in the direction of supporting the economy,” said the spokesman of the Cypriot people. I think it is correct to say the people demand more money from the state, if the parties are offering it, even though I have no claim to being their spokesman.

DIKO was on the same wavelength as Edek in proposing that the state stopped imposing fines on people that were late with their tax payments. Diko also proposed that the banks should stop imposing charges on businesses while Edek said the banks should not be strict with people over loan obligations “especially in relation to foreclosures.”

Akel’s criticism of the government was that it was taking far too long to announce “specific measures of immediate implementation for facing the consequences on the economy, society, citizens.” It acknowledged the government was working on measures but “this must be done with a sense of urgency.” The parties talk as if the funds available are unlimited and all the government has to do is turn on the money taps.

From Monday, as a matter of urgency, finance ministry officials will start touring the country, with sacks of euros, leaving a wad of cash at every home where there is a parent looking after his or her kids instead of being at work.

THIS will create another danger. People will have more money to go to supermarkets and buy even more food supplies or the chemist and buy 20 packs of Nurofen. I will not even mention antiseptic handwash because that disappears within minutes of a shop putting the containers on its shelf.

The coronavirus has further aggravated the ‘food shopaholic’ condition suffered by most Cypriots. Supermarkets already look like they have been ransacked by hordes of deranged consumers stocking up for a nuclear fallout. We Cypriots have always behaved like lunatics when it comes to food shopping. If there is a holiday and the supermarket will be closed for a day we buy enough food to last a month.

Even at bakeries, where you go to buy the odd item you may have ran out of, you see people with shopping baskets full of stuff as if they feel their visit would not have been worthwhile if they left with just a loaf of bread or a litre of milk.

I will not even attempt to explain why we feel a compulsion to buy so many foodstuffs as soon as we enter a shop but I suspect the answer must lie deep in the subconscious of the Cypriot. Perhaps Junior, the spokesman of the overwhelming majority of Cypriots, knows the answer.

PREZ Nik was rather subdued in delivering his address on Friday night. He looked haggard and exhausted, too tired to raise his eyebrow once. He also had difficulty reading his teleprompter correctly, making mistakes and being forced to repeat whole phrases. At least he recognised he was saying things wrongly.

He had created such confusion when reading out who would be allowed into the Republic from Sunday that the Press and Information Office had to issue a “Clarifying instruction about the measures announced by the President of the Republic for tackling the coronavirus,” 10 minutes after he finished.

He is in good company. President Trump also misread his teleprompter during his coronavirus address to the nation on Wednesday, saying that his European ban would “apply to the tremendous amount of trade and cargo.” The White House issued a statement afterwards, pointing out that Trump had got it wrong and the ban would apply only to people.

With the markets in turmoil as a result of his address, Trump announced a $50 billion rescue package for the economy the following day. There, the similarities end. Poor old Nik does not have that kind of money to spend on propping up the economy, but even if he had the political parties would still moan that it was inadequate.

ΑFTER Prez Nik’s futile gesture to send 25 volunteers to the Greece-Turkey border at Evros to help Greece’s effort to stop refugees crossing from Turkey, his new-found supporters Elam decided to follow suit. On Monday some 15 Elamites, under deputy Linos Papayiannis, went to Evros to “help the Greek army, police and citizens who were giving daily battles to stop the transformation of Greece into an Islamic Caliphate.”

A picture of Elamites, who looked like they were going to bouncers’ convention, was taken at Larnaca airport before their departure. In its announcement accompanying the picture of its brave, bearded bodybuilders Elam said “the war declared by Turkey on Greece also affects Cyprus! Elam will once again be on the frontline of the national struggle.”

We shall keep you posted about any battles the braves of Elam win in Evros.

WITH everyone’s attention focused on the coronavirus, Foreign Minister Nicos Christodoulides has been kept out of the limelight. He only got one glowing write-up in his mouthpiece Phil on Tuesday about his pressuring Unficyp to guard the buffer zone and not allow Turkish Cypriot demonstrators to clash with Cyprus police as had happened last weekend. At Monday’s demo, the UN soldiers prevented Turkish Cypriot protestors reaching the Greek Cypriot police line.

With the country in lockdown and everyone obsessing over Covid-19, Christodoulides will find it more difficult to get in the news unless he launches the ‘coronavirus diplomacy’, which I am sure he will think of a way of spinning as a brilliant idea that will upgrade the geo-epidemiological significance of Kyproulla.

ONE LAST thing. I just hope the government does not leave out coffeeshops from its compensation scheme because even though it allowed us to stay open no customers are visiting our establishment and we are too small a business to be invest in a motorcycle and hire a Bangladeshi delivery man; not to mention that we do not make the fancy coffee that most people want delivered.

Will there be unscrupulous people taking advantage of coronavirus?

Our View: Government lockdown should have gone all the way